In our article on September 23 we postulated that gold seemed to be setting up for a triple bottom, but it was too soon to tell for sure. As of this week gold has reached the level of support drawn from the two previous bottoms, and it has bounced off that support. It is not yet a robust bounce, but it is at least a first small sign that a long-term bottom may be forming. Let me first acknowledge that Erin's article of yesterday focused on a similar possibility in the chart of a gold miner stocks ETF. While there is often a similarity between the charts of the metal and the mining stocks, the price of the mining stocks ultimately depends upon the direction of the metal, so we want to be sure that we are keeping track of gold at this critical juncture.

In the chart below we can see the three bottoms that have formed at about the 1180 level. The recent bottom is not very prominent, but it hints at the possibility of a continued rally, and shows a window of opportunity beginning to open for gold bulls. The negative part of this picture is that the support line is part of a consolidation that is called a continuation pattern, which implies that it is just a pause before the preceding decline continues. 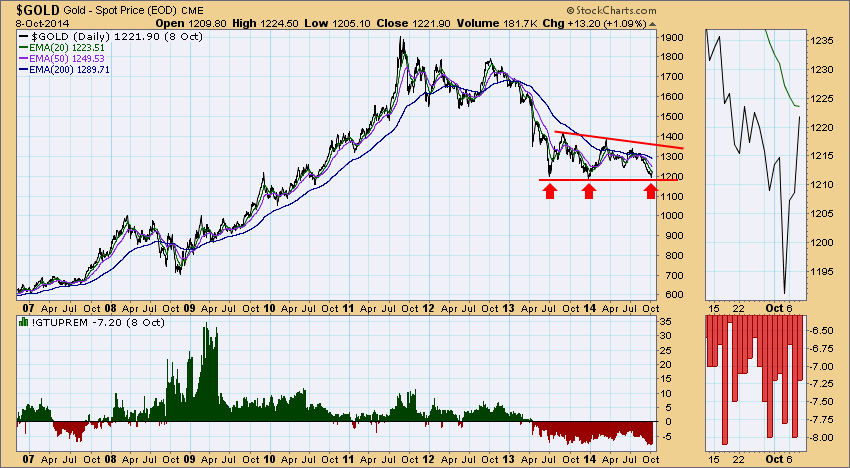 The indicator at the bottom of the chart shows that sentiment for gold is still negative. Central Gold Trust (GTU) is a closed-end fund that owns gold, and, because it is closed-end, its shares which trade like a stock, can trade at a discount or premium to the actual value of the assets the fund owns. Because GTU is selling at a heavy discount to net asset value, we know that traders are not at all anxious to own gold. What we want to see is for GTU shares to start selling at a premium, because that will help confirm that any rally has market sentiment on its side and is likely to persist.

Essential to the continued strength of gold is the continued weakness of the dollar. The next chart shows that the dollar, which experienced an unusually sharp advance, has begun to break down. 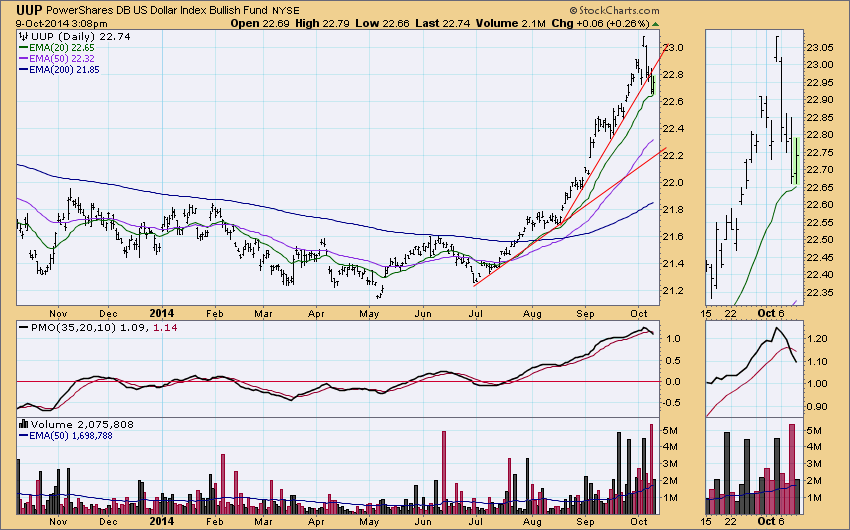 However, the weekly chart shows that this weakness may only be a technical pullback after a long-term breakout. 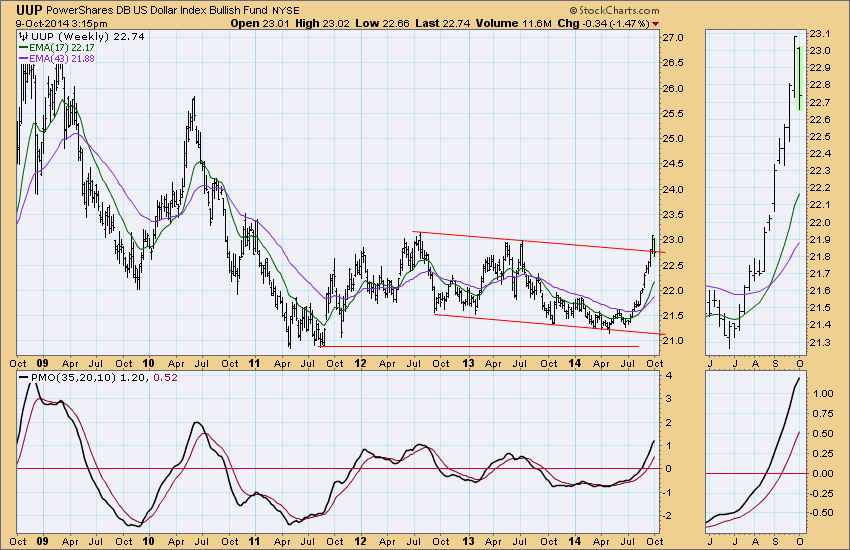 Conclusion: Thanks to a sharp pullback by the dollar gold has managed to bounce off an important support line, and offers the possibility that another rally is beginning, a rally that could end the long decline from all-time highs. It is a time for increased attention for those who want to catch the next gold rally.