In the last two weeks the stock market put on quite a show. Many months of sideways boredom was finally ended with a dramatic breakdown and a scary drop of -14.4% (intraday for SPY) from the all-time high in July. From that low, SPY then rebounded nearly +10%. On the chart below we can see that volume contracted on every day of the rebound, and on Friday the advance stalled. Note that the 50EMA is still above the 200EMA, which by my definition means that this index is still in a bull market, but keep in mind that, as long as price remains below those EMAs, they will continue to converge and the downside crossover will take place. The 50/200EMA separation for the S&P 500 Equal Weight ETF (RSP) is only +0.09, so a downside crossover (Death Cross) is virtually guaranteed next week, unless, of course, the rally continues its furious ascent. 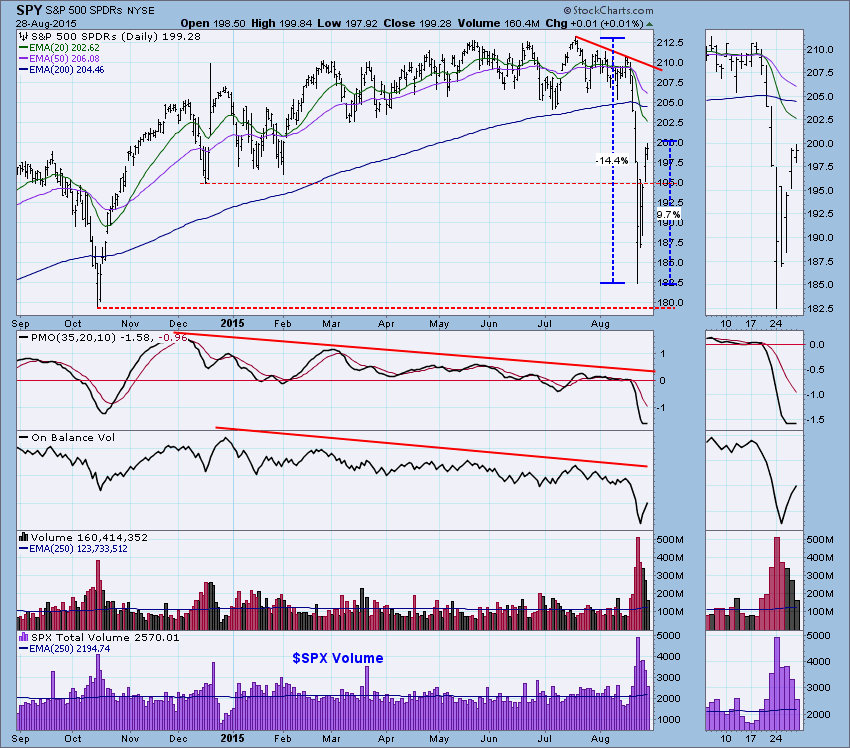 Looking at our primary intermediate-term indicators, we can see that they have become very oversold, but they are not "bear market" oversold. Downside potential for the PMO is roughly -4.0, and for the ITBM and ITVM -250 is a good target. We shouldn't fail to note the deep break below the long-term trend line. This alone demonstrates the substantial technical damage that has been done. 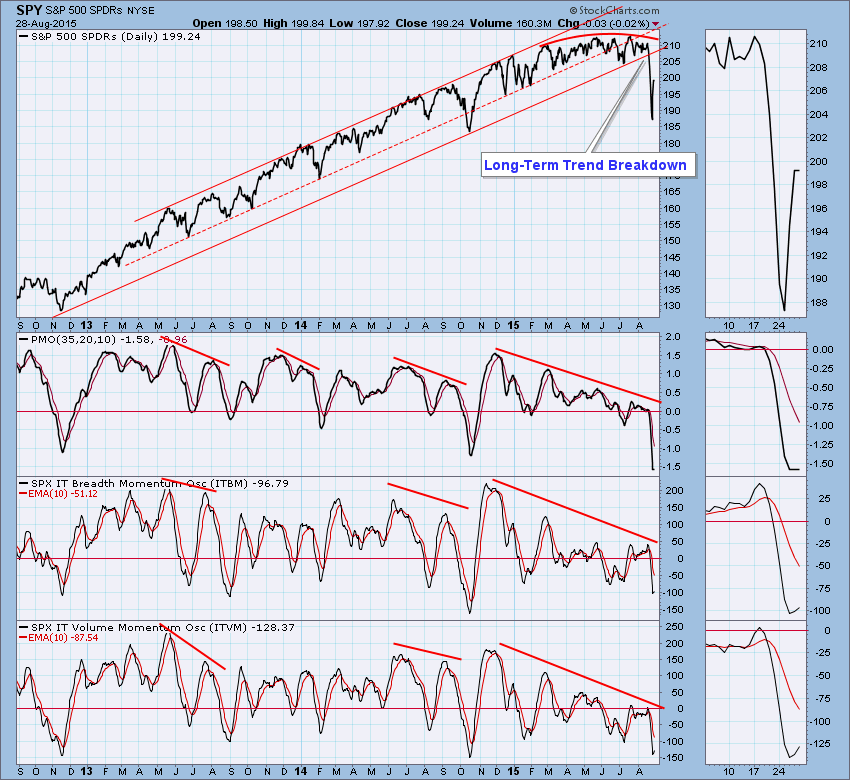 Next, let's look at the status of two of our mechanical signals. The percentage of PMO crossover BUY signals is only 9%, which is oversold in the extreme. This certainly allows for more rally in the short-term. The percentage of Price Momentum Model (PMM) BUY Signals is only 28%, which is lower than it has been since July 2011; however, it still has a lot of downside potential. 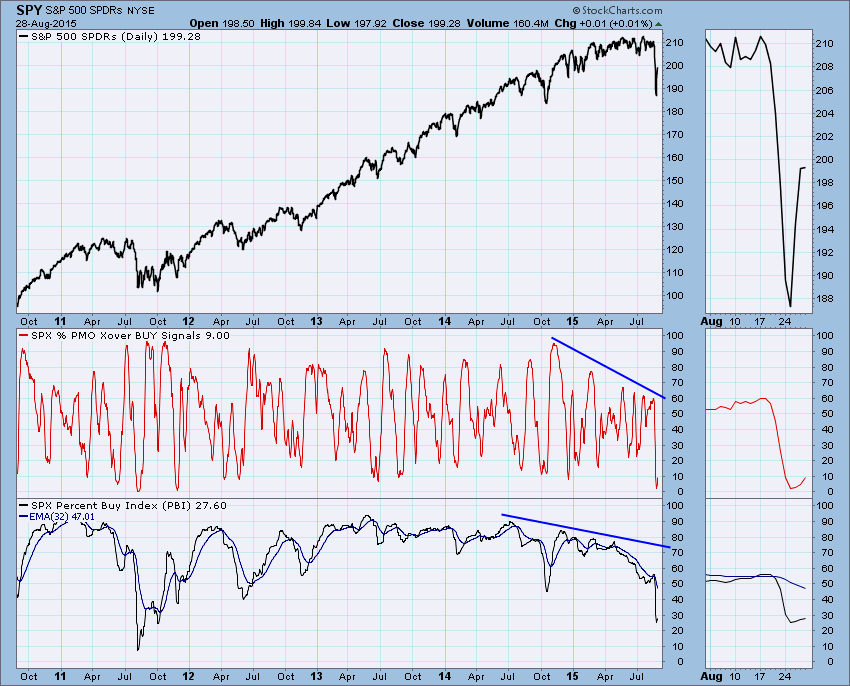 CONCLUSION:  Evidence is beginning to accumulate that the broad market has entered a bear market phase: The Dow Industrials have experienced the Death Cross, and the S&P 500 Equal Weight ETF (RSP) will likely follow suit next week. But it will take time for there to be enough evidence to be convincing to most market participants. In the mean time, oversold readings abound, which implies that prices could move higher in order for those conditions to be relieved. However, while the rebound has the potential to continue for a while, I do not believe that we will see new market highs before upside pressure is exhausted. Finally, we must remember that, in bear markets, oversold readings are dangerous because they reflect extreme weakness, not compression set to drive another rally.