The SPY in the last three days has been trending higher, so expectation would be that short-term indicators would reflect that strength. They are currently deteriorating or pointing to internal weakness. In today's DecisionPoint Alert blog, I reviewed the short-term charts below (as well as intermediate-term charts not included). You can find the article here. 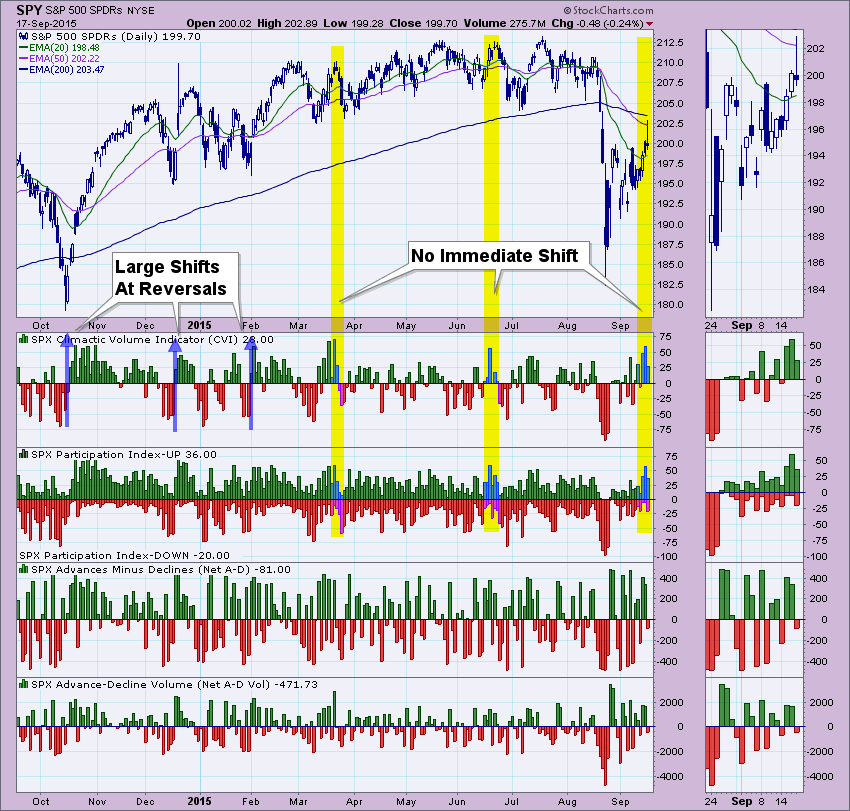 With today's intraday breakout, we might expect to see these indicators continuing up at an accelerated speed. The opposite was true today, likely due to negative close. All three of these indicators began to decelerate to possibly curl downward. Additionally, all of the indicators are in mostly overbought territory meaning downward pressure on the oscillator will be increasing. 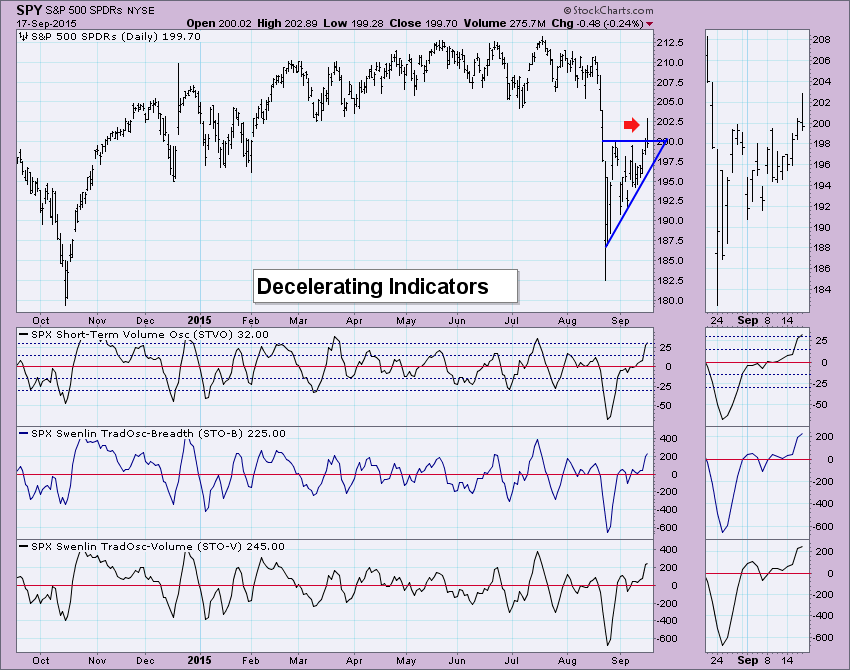 One final thought, when looking at the SPY price movement in the chart above, the breakout is impressive. This is a bullish ascending triangle so the expectation is a breakout, nothing else. The concern should be, "Is that it?" This breakout could technically be considered "the" breakout, despite a negative close. The possibility of a bullish continuation exists. When you look at the SPY chart using only closing prices, the triangle still hasn't executed. A possible negative is that "it still hasn't executed" and won't if it couldn't hold the intraday high or hold on to a positive close.