Apple (AAPL) has rallied +60% from its May 2016 low, which was also the the low for the previous bear market for AAPL. The price advance for the last month-and-a-half has been pretty vigorous, but the PMO (Price Momentum Oscillator) has topped and crossed down through its signal line, so a correction seems likely. 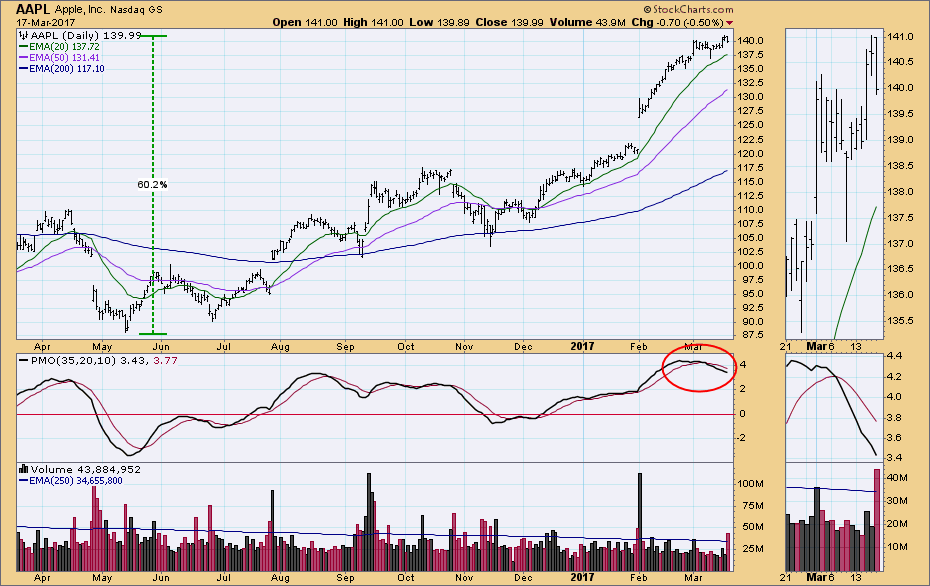 As usual, I like to look at a longer-term chart to enhance my perspective. In the middle of the three-year chart below we can see the previous AAPL bear market that lasted from mid-2015 to mid-2016. I have highlighted four previous bull market corrections so we can estimate how difficult a correction might be now. I ignored the corrections during the bear market period, because we are currently in a bull market, and comparisons would be invalid. (Dare I say, "like apples and oranges?")

The first correction, number 1, is scarcely a correction at all. It marks a point where momentum slows, but price moves higher while the PMO works its way lower. The other three corrections do produce varying degrees of price pullback. For this example, I have chosen PMO tops that are clean and very overbought because they match the current PMO top; although, we can see that not-so-overbought PMO tops can be dangerous as well. 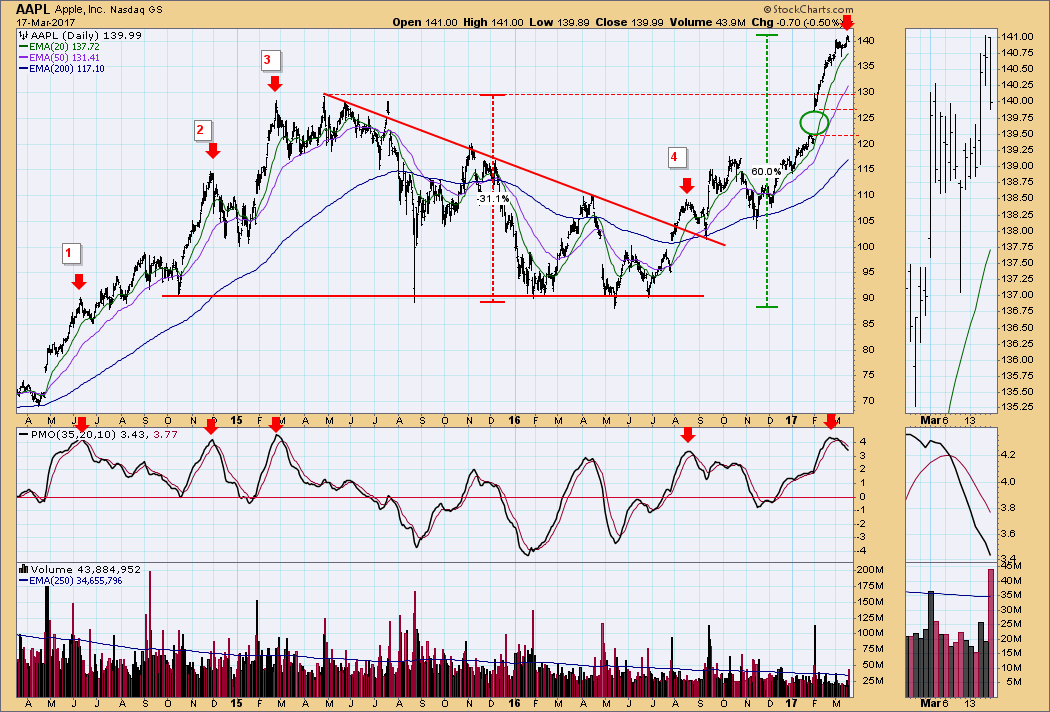 CONCLUSION:  Currently, AAPL's price is very extended, and the PMO has generated a SELL signal. Comparing the current PMO configuration, which is overbought and topping, to similar PMO tops in the past, makes me think that a pullback/correction is likely. As for the potential downside, the February 1 up gap sure does present a great big target, as does the support of the 2015 top; however, those targets seem a bit ambitious for a bull market environment.