Biotechs launched on Wednesday even though the overall market started out with a relatively passive tone. The Dow up 75 was nothing to sneeze at but not remarkable. When the Fed minutes were released the market absolutely popped higher. The Nasdaq finished the day up 1.72 % and the biotechs were up 4.1%. 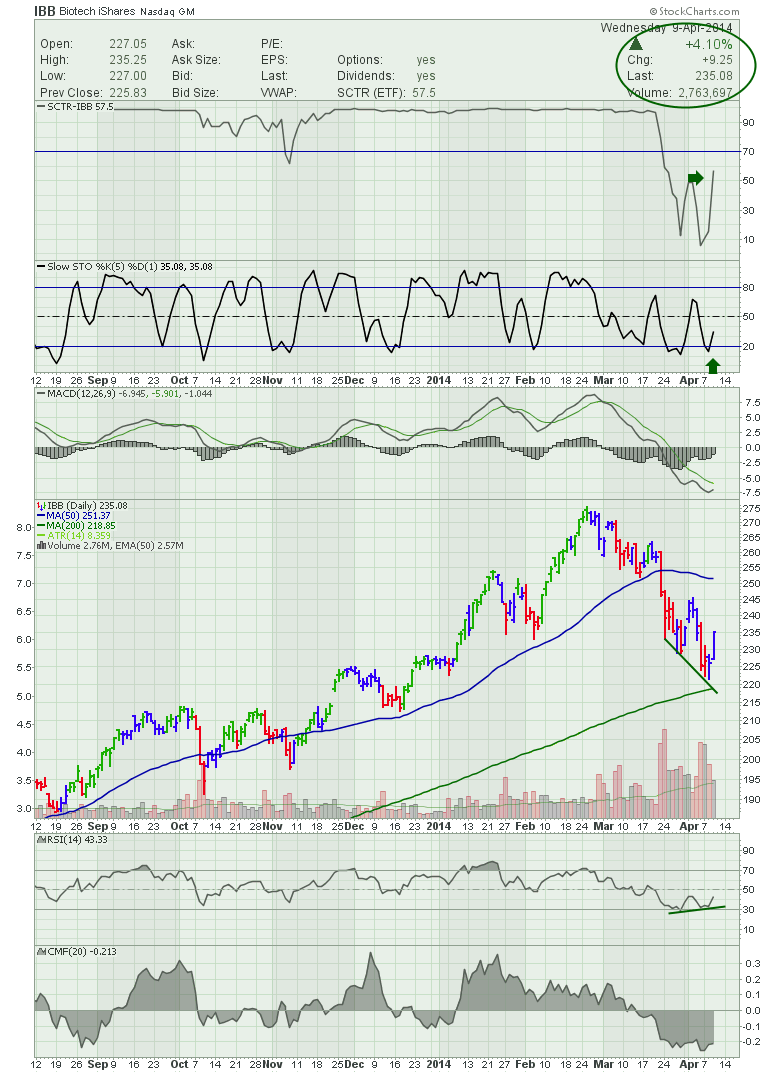 The volume would suggest anybody who was selling probably already did. Today, the volume was lower but the massive move marks a pretty clear turn in sentiment. The slight positive divergence on the MACD is supportive. As well the SCTR quickly jumped back above 50 as the price action bounced off the 200 DMA.

The ailment seems to be subsiding. This chart might be ready to party for the weekend!

While the rally for the overall market may still need to test the downside a little more, this biotech found a pretty normal place to look for support and the buyers showed up for work. The large push candle off the Feb low was an excellent trade. Is this Deja Vu all over again? First test above looks to be $250 which is also the last rally level before this run up to the big peak so far. It coincides nicely with the 50 DMA at $250 as well.