Two stocks associated with the Golden State Warriors are showing promise as Step Curry leads his team to a 3-2 lead in the series. The Warriors play in the Oracle Arena and Oracle (ORCL) is making waves with an ascending triangle. Admittedly, the pattern is a little long and the prior advance (mid March) is short for a bullish continuation pattern, but the essence of the pattern is there. Notice how the stock formed higher lows from April to June and horizontal resistance resides at 45. A breakout here would target a move to new highs in this software giant. 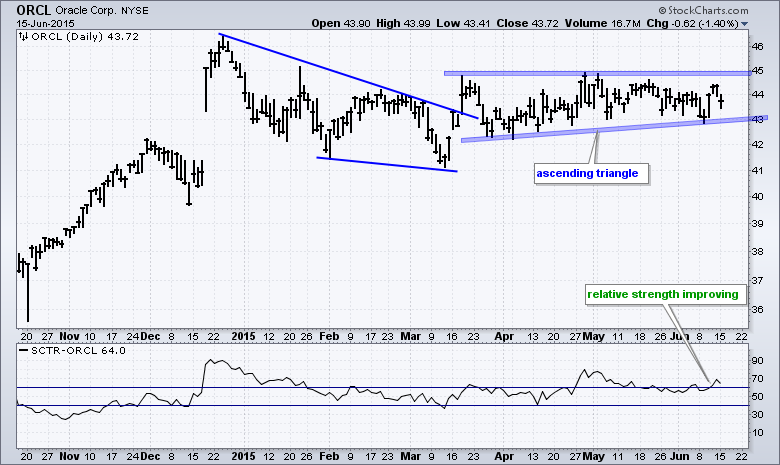 The second stock is Under Armour (UA), which supplies the footwear to Stephen Curry. UA surged to new highs in March-April and then retraced 50% with a pullback to 76. The stock found support here throughout May as a tight consolidation unfolded. UA broke out with a gap and this gap is holding. I would consider this gap-breakout valid as long as 79 holds. The indicator window shows the StockCharts Technical Rank (SCTR) above 85, which means UA shows some serious relative strength. 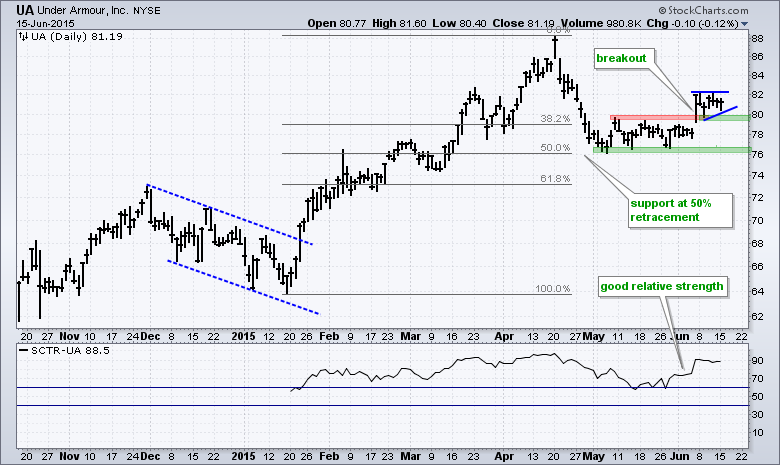