The chart for the US Dollar ETF (UUP) is bit of a mess, but I think the overall trend is up and the US-German yield differential looks poised to move higher. The main chart window shows UUP hitting a multi-month high with the October-November surge.  The ETF then fell with two sharp declines in early December and early February, but held above its prior low and we can still make the case for a choppy long-term uptrend. 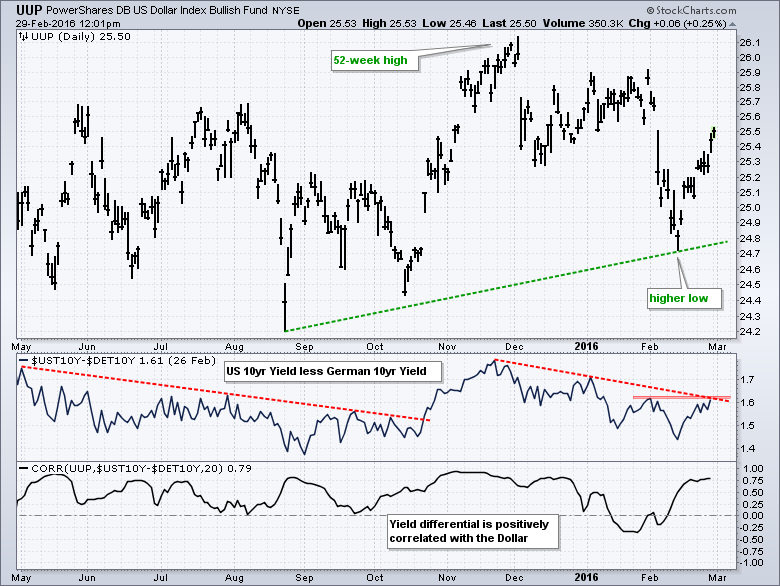 Chartists looking for clues on the greenback can watch the yield differential between the US and Germany. At ~57%, the Euro is the biggest component of the US Dollar ETF and government bond yields can affect the currency. The indicator window shows the 10-yr Treasury Yield ($UST10Y) less the 10-yr German Bund Yield ($DET10Y). This difference rises as the gap between the US 10-yr and German 10-yr widers. The second window shows the correlation between this yield differential and UUP. Except for a negative dip from mid January to early February, the correlation has been positive and this tells us that UUP moves in the same direction as this yield differential. The differential surged over the last two weeks and looks poised to reverse its three month downtrend. A new uptrend in the differential would signal a widening in the spread and this would be positive for the Dollar (and negative for the Euro).