ATVI - Activision announced a positive response to the Call Of Duty : Heroes software release. After a fantastic 2015 (100% gain), ATVI took a short break in the uptrend. Now, it looks to be resuming it's investor enthusiasm.

With the SCTR back above 75, the Relative Strength breaking out to new 3 month highs, and the MACD turning up again from above zero, this looks good. The price action looks to be mimicking last year. In 2015, ATVI bounced from a low early in the year. In early May, the stock popped and really moved for the rest of the year. Here we sit in early May 2016 with a similar looking breakout. 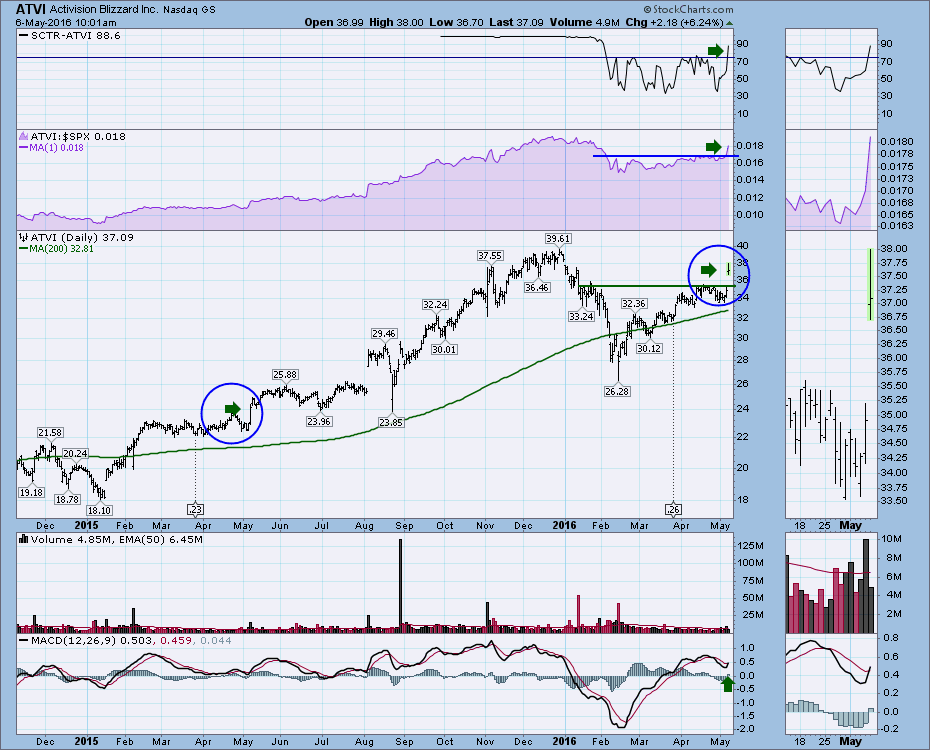 In a larger picture, this looks like another nice entry into ATVI. Support at $34 should be used as a stop.