Renewable energy ($DWCREE) has been among the worst areas of the stock market to invest since topping over two years ago.  There could be reason for hope, however, as rising crude oil prices ($WTIC) could trigger interest in the group again.  There's a potential bottoming reverse head & shoulders pattern in play on the WTIC.  Should crude oil top $52 per barrel, it might be worthwhile to make an investment in renewable energy.  Take a look at the current chart of DWCREE, WTIC and PowerShares WinderHill Clean Energy Portfolio (PBW): 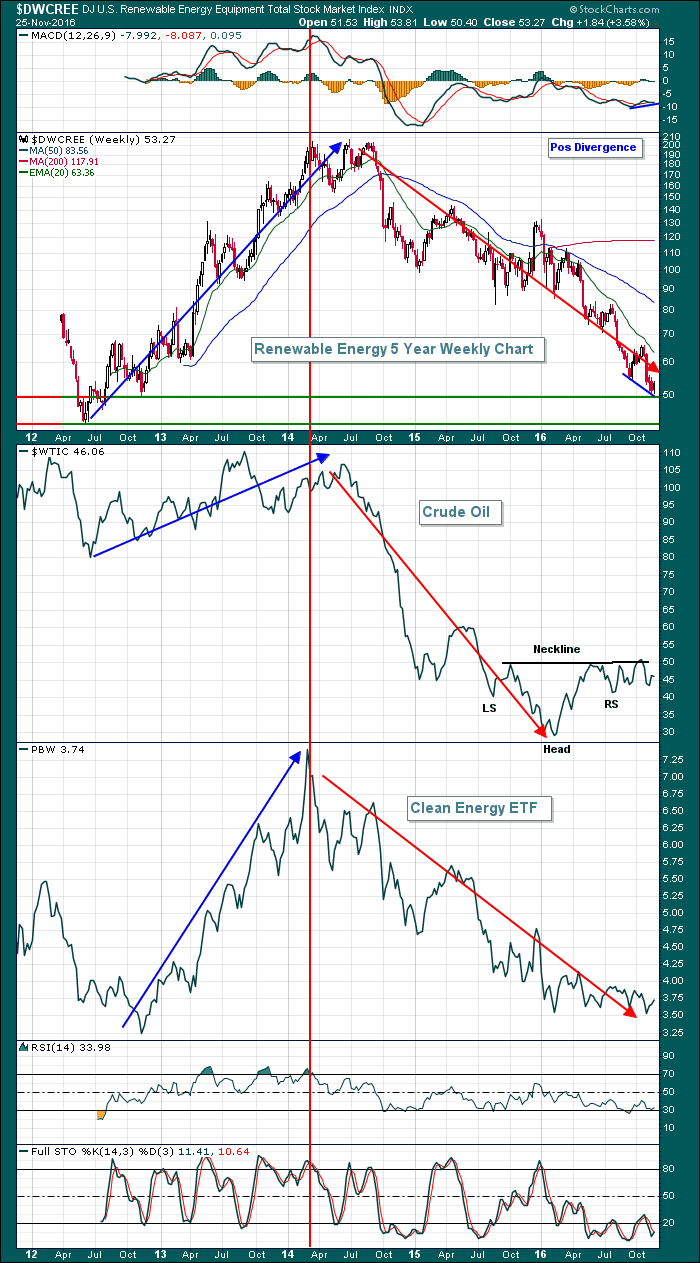 This chart shows that during periods of declining oil prices, focus shifts away from renewable energy.  But when crude oil is rising, renewable energy performs much better.  Should crude oil break above $52 per barrel and clear neckline resistance, I look for crude oil to move into the mid-$70s per barrel based on its pattern measurement and that would likely result in a rapidly rising renewable energy space.