The Oil & Gas Equipment & Services SPDR (XES) surged to 52-week highs in November and early December. It is clear after this surge that the bigger trend is up. First, the 40-week Slope turned positive in late July and remains positive. Second, the ETF broke out of a large triangle consolidation in late November. Third, 52-week highs happen in uptrends, not downtrends. 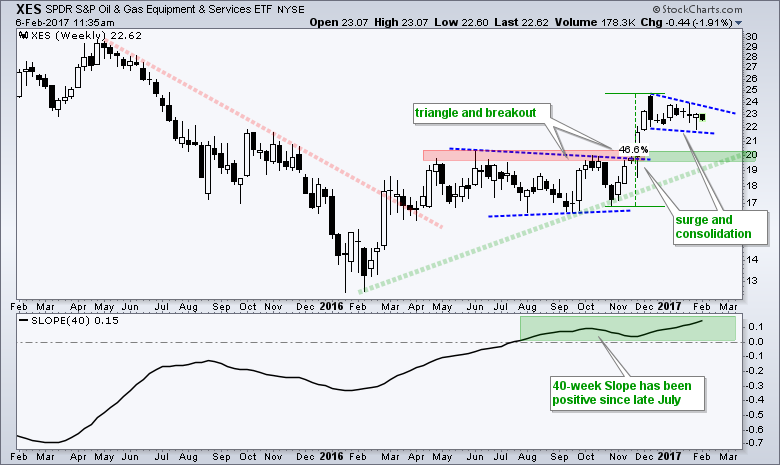 XES became quite overbought after a 40+ percent surge. Overbought is not necessarily bearish, but it does increase the odds of a pullback or a consolidation. It looks like XES picked the consolidation route because the ETF stalled the last seven weeks. This stall looks like a pennant or triangle, which is typically a continuation pattern. The prior move was up and this makes it a bullish continuation pattern. Look for a break above the upper trend line to signal an end to the consolidation and a resumption of the bigger uptrend.