The Gold Miners ETF (GDX) is at a critical level. This sets up for an important test to break out or fail in the next few weeks. Today, the GDX ETF surged after opening lower. Looking at the chart demonstrates why the next move is so important.

The SCTR has moved up from below 10 back in December, and has since idled between 30 and 50. The price action continues to hover near the line at $24.68. I selected that level as that was the last level to exceed on a breakout. In September we had a failed breakout. 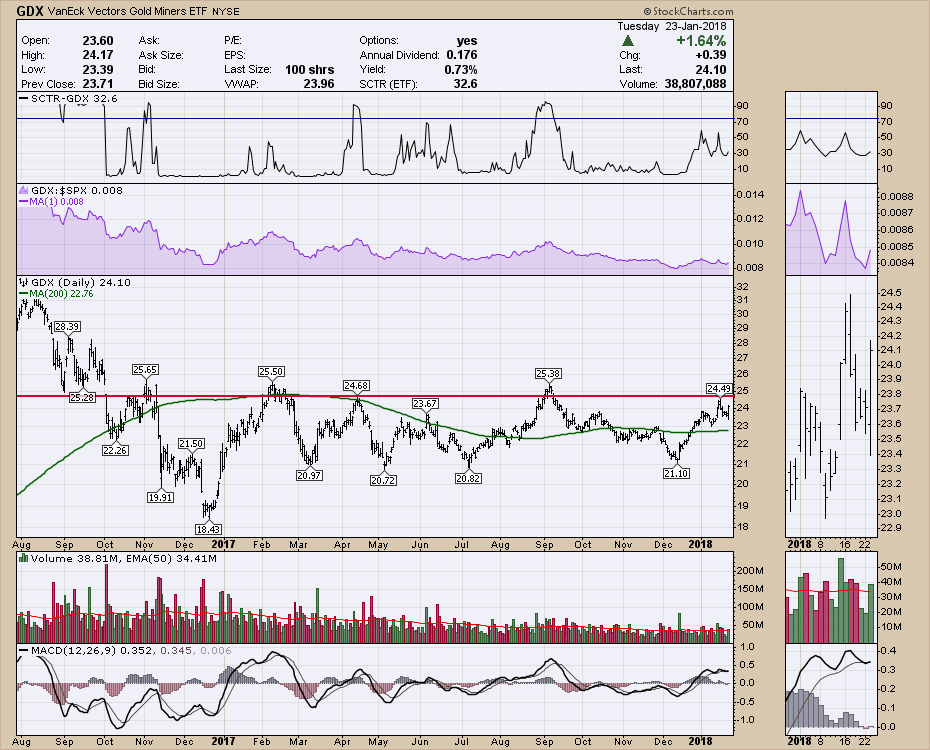 While the volume has levelled off, Monday's surge was above average. Now, the MACD is positive but needs to continue higher from here.

If it breaks out, this should create a huge push in the miners and the ETF represented above. A failed breakout again would continue to frustrate the investors as this has oscillated for a year between $21.00 and $25.00.

At this point, I am watching a breakout upside, but we'll have to watch closely. A failure after breaking out should quickly be sold. This has been a frustrating trade, and there is no reason to own it if the breakout doesn't get follow through.