It has been a wild start to the year, and we haven't finished the first quarter yet. Netflix now has a larger market cap than GE. Facebook is out of favor and Twitter is in favor. What's next?

With all the wild price gyrations in the index, Tesla broke support today. So what is an investor to do with the changing market and Tesla.

Well, Tesla has broken support 4 times in the last four years. It's easy in hindsight to identify which was the final bottom before moving up. It is very difficult in real time. The spike low in 2016 feels similar to the current spike low. The overall market correction could be creating another opportunity to buy Tesla. 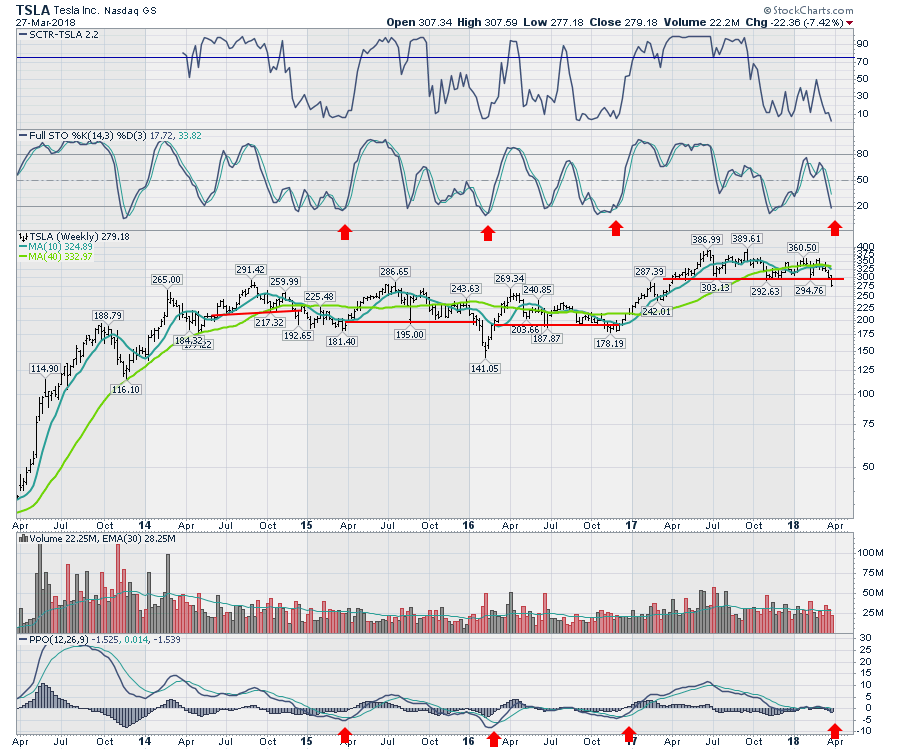 The turn up on the PPO has been a good confirmation signal on the three previous breaks. A weekly chart can be a little slow but at least it is one signal. Two of the other breaks also had an above average positive weekly volume signal. So between volume and the PPO signal, Tesla might be a better buy when it turns up. The Full Stochastic can also be a good signal.

A quote on CNBC about Tesla today: "better to be late and great, rather than on-time and subprime." He was speaking about the Model 3. This might be the same for the shareholder. Looks like this is a good time to wait for the signals to align and then move.