The pickings are slim as the market corrects and may charts turn ugly. I am noticing some strength in big pharma with Merck (MRK) up in March and Pfizer (PFE) holding above the early February low (so far).

The chart shows PFE with a zigzag uptrend since June. The stock surged to a new high in late January and then plunged back to the October low in early February. Price action remains a volatile as the stock bounces in this range. 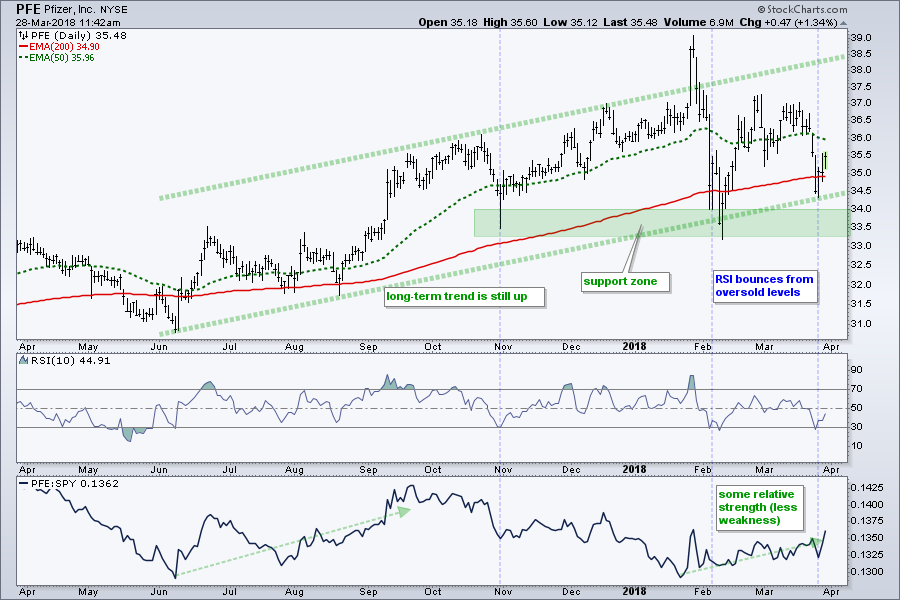 PFE became oversold as RSI dipped below 30 for the second time this year and moved back above 30 with this week's bounce. Thus, a mean-reversion setup is in play and the long-term trend is still up.