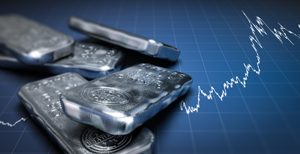 Industrial metals surged on Wednesday with 2+ percent gains coming in silver, aluminum, palladium, copper and nickel. The Silver ETF (SLV), in particular, finally broke out of a two-month consolidation.

The chart below shows the Silver ETF (SLV) with Bollinger Bands in pink and BandWidth in the indicator window. Overall, SLV has been stuck in a large trading range the last 12 months. With today's move, the ETF surged off the mid-point of this range and the cup is now half full. 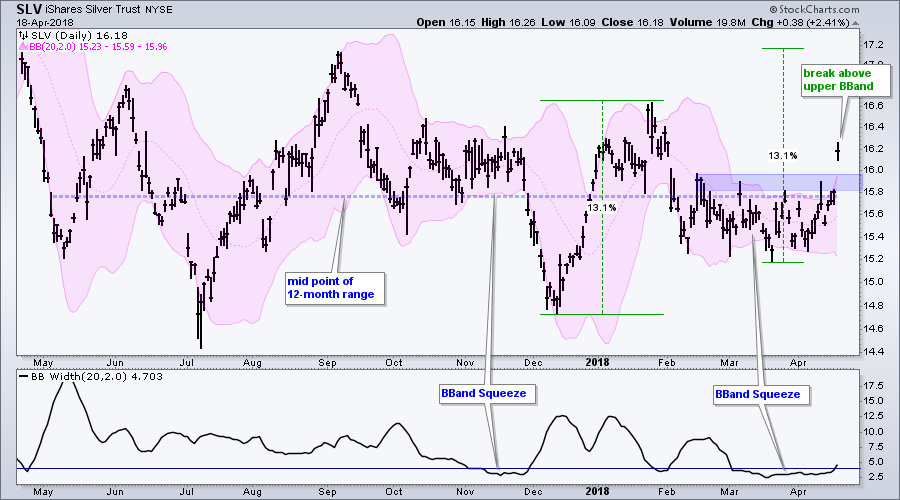 The breakout is clearly bullish and the breakout zone in the 15.8-16 becomes first support to watch should we get a throwback. Measuring upside targets is tricky business, but a measured move would targets a move to the 17-17.2 area. The December-January advance was around 13% and a similar move could occur from the March low.