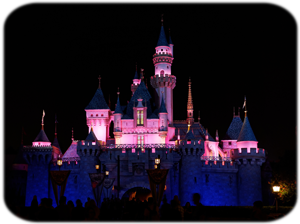 Disney hit a new high in early August and pulled back into September. The stock is part of a strong sector, consumer discretionary, and this pullback reached a potential reversal area.

First and foremost, the long-term trend is up because the stock formed a higher low from October to April and a higher high from January to August. The August high was also a 52-week high and the 50-day EMA is above the 200-day EMA. 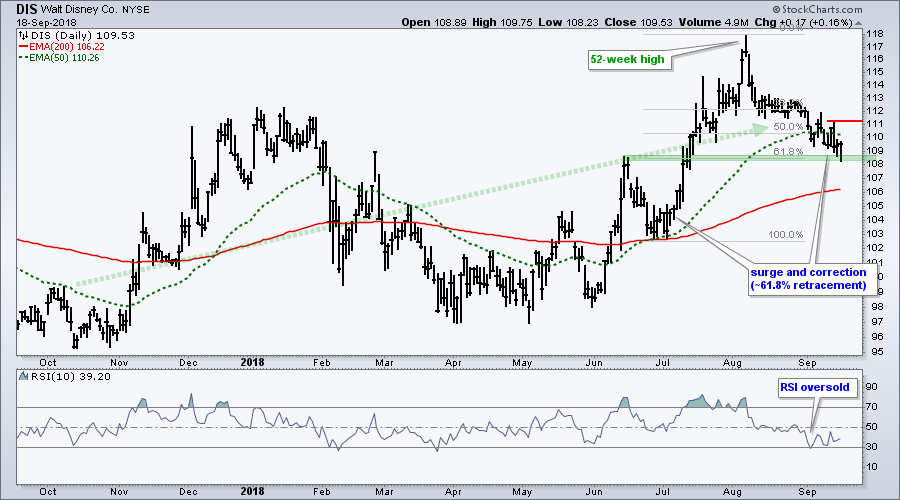 After hitting a new high, the stock retraced around 61.8% of the prior decline with a decline back to the 109 area. This retracement amount is normal for a correction within a bigger uptrend. It also fits with a two-steps forward and one-step backward sequence that results in a zigzag higher.

In addition to the Fibonacci retracement, this area could mark a reversal zone for two more reasons. First, broken resistance turns support in the 109 area. Second, RSI dipped below 30 and became oversold. The stock firmed the last two days and I would watch for a breakout at 111 to reverse the six week downswing.