While the S&P 500 toys with its October low, Hologic its flirting with its summer highs and showing strength over the last few months. 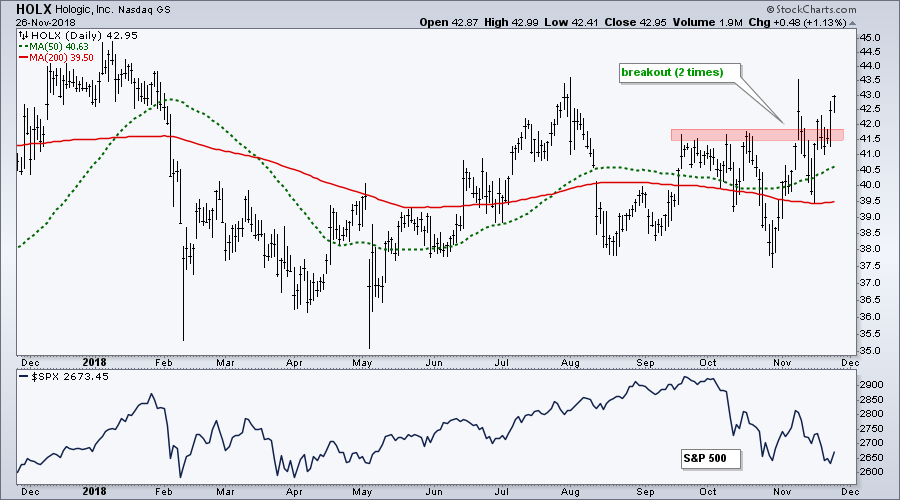 Most recently, the stock managed to break above resistance twice in November. The first breakout did not hold as the stock fell back to the 200-day SMA in mid November. Hologic is doubling down on the breakout with another attempt and its highest close since late July.

Even though the broad market environment is shaky, at best HOLX, is holding up well and attracting buying pressure.