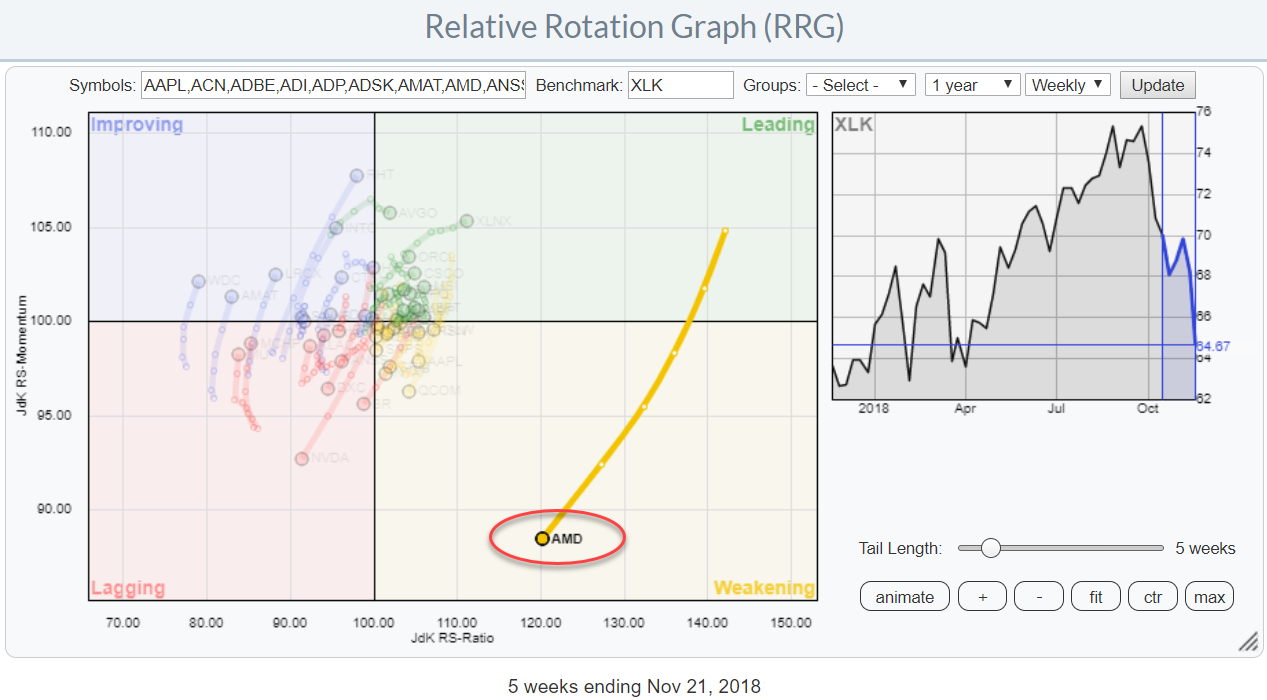 The Relative Rotation Graph for the technology stocks in XLK (Technology select sector SPDR) shows one big outlier that recently went through a big rotation. It crossed from improving to leading in June then pushed to a JdK RS-Ratio value over 140 before rolling over. Three weeks ago the rotation went from the leading quadrant into weakening and is now showing the longest tail in this universe. 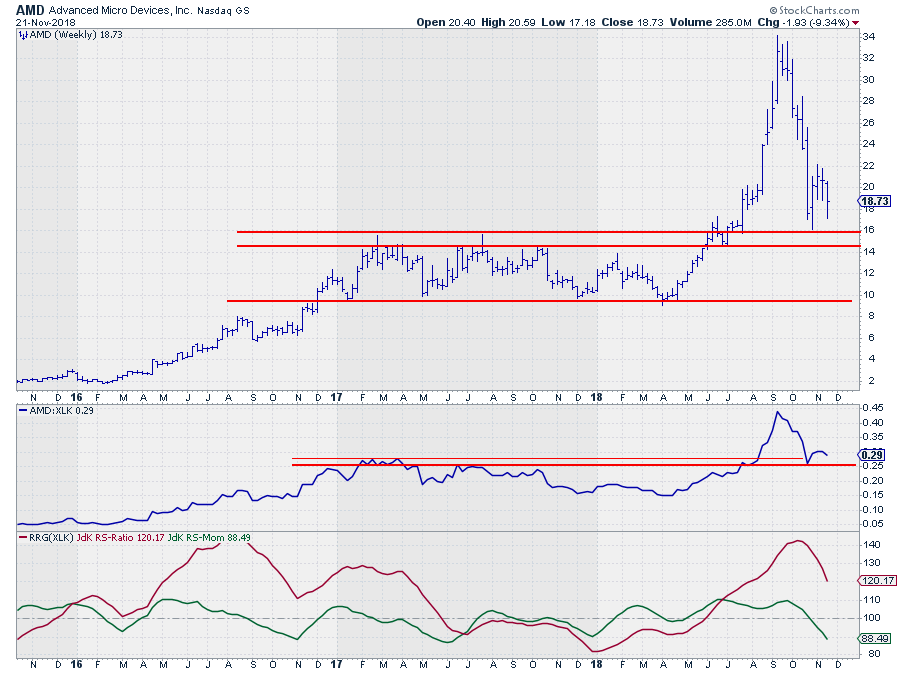 This is one nasty chart. I suspect most readers will agree with me.

And in hindsight, it was or would have been very difficult to get out in time, on the weekly time-frame at least.

There were some warning signals on a daily chart. Like a small triangle- or double-top (-ish) pattern in September. But if you, like me, concentrate on the weekly time frame it would have been hard to capture these signs.

But... From a relative perspective, AMD is still ahead of XLK since the April low in the RS-line where the advance began.

On the weekly chart, both price and relative bounced at an important horizontal support level which makes AMD a stock that is, at least, interesting to watch. It is probably too early to buy right away but we are getting into an area (price and relative) that makes AMD much more attractive from a buyers perspective than a few months ago.

The position on the RRG, inside weakening and with a long tail but at a very high RS-Ratio reading, makes it very well possible that AMD will rotate back up towards leading again without hitting the lagging quadrant in coming weeks.

On the daily RRG AMD is inside the improving quadrant but already rolling over towards lagging again, suggesting that not all (relative) downside has been consumed yet.

What will I be looking for in the coming weeks?