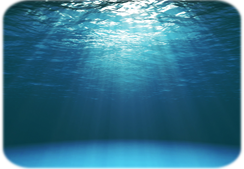 The Russell 2000 peaked at 1740 in mid August and fell below 1300 over the last 15 weeks. The index is now down 11 of the last 15 weeks and extremely oversold. Even though the long-term trend is clearly down, this extreme oversold condition could give way to a counter-trend bounce.

The chart shows the Russell 2000 falling below its 40-week moving average in mid October and recording a 52-week low in mid December. The breakdown and new low confirm the long-term downtrend.

The indicator windows show the 15-week Rate-of-Change and 15-week RSI. I chose 15 periods for both indicators because the current decline covers 15 weeks. Thus, these indicators capture the entire decline and we can compare it to other 15-week periods. The Rate-of-Change exceeded -20% for the sixth time in the last 20 years and RSI moved below 30 for the seventh time. Clearly, these are rare occurrences.

The first video is a review of some big technical events in 2018. There were few gainers in 2018 and lots of losers. In addition, several key groups moved from 52-week highs to 52-week lows in just a few months. The second video provides a preview of what to watch as we head into 2019. Note that this is NOT a forecast.