Last week (Monday) I featured an evening star reversal pattern in QQQ. This pattern did not foreshadow further weakness as QQQ firmed in the 161 area the next day and gapped up on Friday. This gap did not last long as QQQ gapped down on Monday morning and filled Friday's gap. We could probably call this an island reversal because the gap up and gap down match. 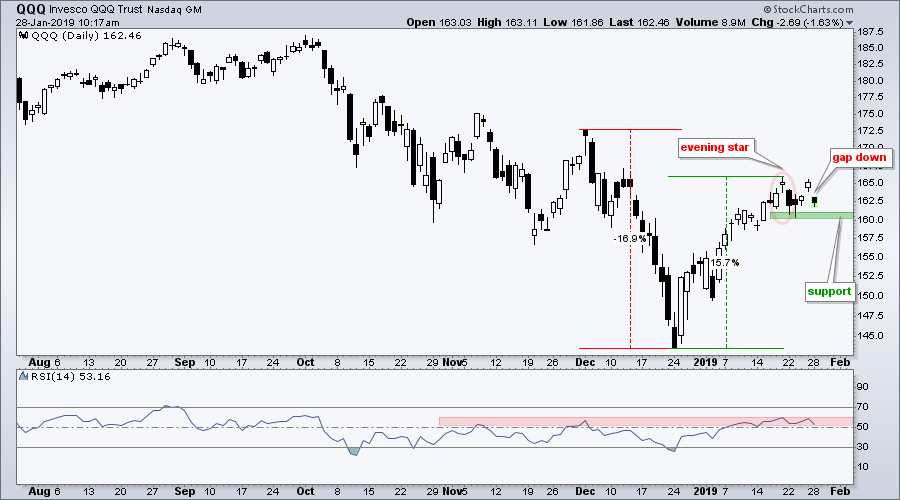 Today's gap is still a work in progress and may or may not hold. Overall, QQQ has moved sideways the last eight days as two conflicting trends battle it out. Long-term, I think the trend is down because QQQ recorded a 52-week low in late December and the ETF has yet to exceed the early December high. Short-term, the trend is up since December 26th with short-term support marked at 160. A break below this support zone would reverse the short-term uptrend.

It is also possible that a pennant or flag evolves from this short-term consolidation. These are bullish continuation patterns and a break above last week's high would open the door to the low 170s.