The price chart below shows when all five peaked in the summer-fall. Netflix was first in June, Facebook and Alphabet followed in July, Amazon peaked in early September and Apple was the last to peak in early October. The vertical blue line marks the peak in the S&P 500 for reference. Google had the smallest peak to trough decline of the five (~25%) and Netflix had the largest (~46%). 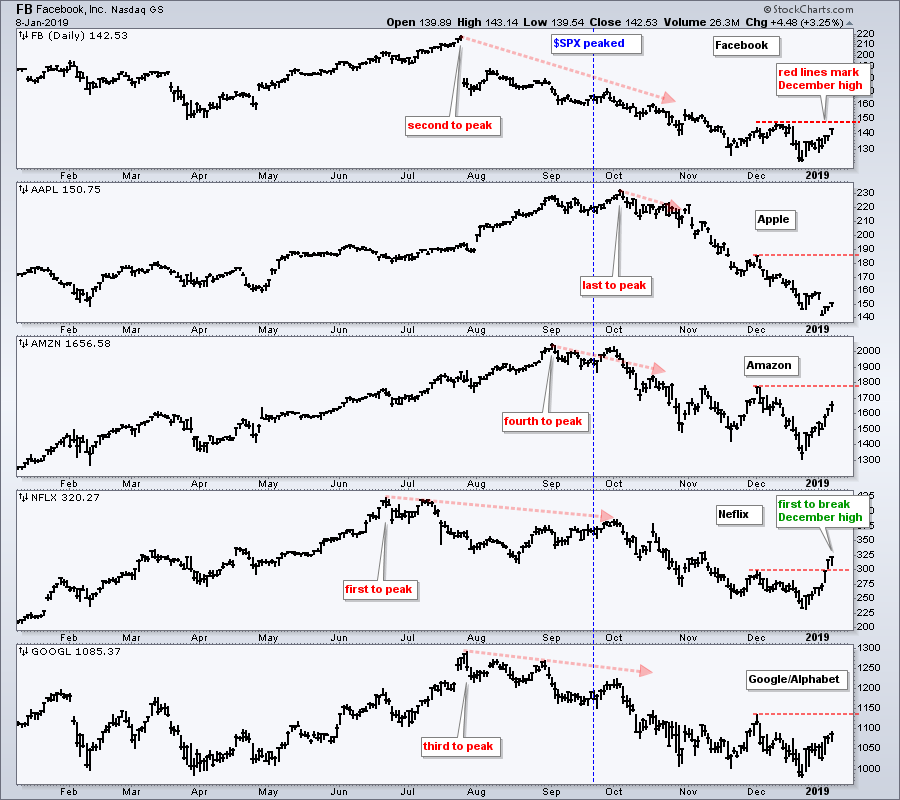 The red horizontal lines mark the December highs for each stock. These are "benchmark" highs that chartists can use to compare performance. For reference, the S&P 500 is still around 8% below its December high. The bottom window shows Netflix breaking above its December high and this shows both relative and absolute "chart" strength. Also note that Facebook is quietly outperforming the other three because it is the closest of the other four to its December high.

Methods to Measure a Breadth Thrust