First and foremost, the bigger trend is up because REGN hit a new high in January and price is above the rising 200-day SMA. In addition, the stock broke out of a big consolidation pattern in January and this signals a continuation of the prior advance (May to August). Thus, REGN is in the midst of a larger continuation move. 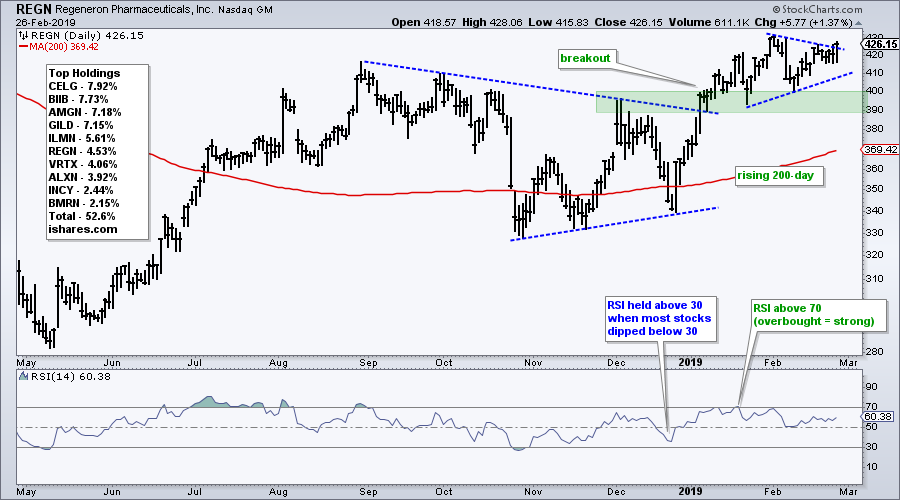 Shorter term, the stock consolidated above the breakout zone and formed a triangle of sorts. Buying pressure appears to be picking up steam again as the stock broke above the upper boundary line of the triangle pattern. This breakout signals a continuation of the surge from late December to early February. The green zone marks first support in the 390-400 area.