The daily chart for Vertex (VRTX) is quite a mess with several dips under the 200-day SMA over the last ten months, but a short-term bullish pattern is shaping up and the weekly chart also sports a bullish setup.

Let's look at the weekly chart first because the longer timeframe should be considered more dominant. First, VRTX is in a long-term uptrend. The stock recorded a 52-week high in January and remains above the rising 40-week SMA. A cup-with-handle appears to be forming over the last several months with neckline resistance in the 195 area. A breakout here would open the door to new highs and a continuation higher.

The next chart shows Vertex with a bull flag forming over the last few weeks. This flag is basically the "handle" on the weekly chart. The stock surged above the November-December highs with a sharp advance in January and then corrected with a pullback to the 180 area. This correction worked off overbought conditions. A breakout at 190 would signal an end to the flag and a resumption of the advance. 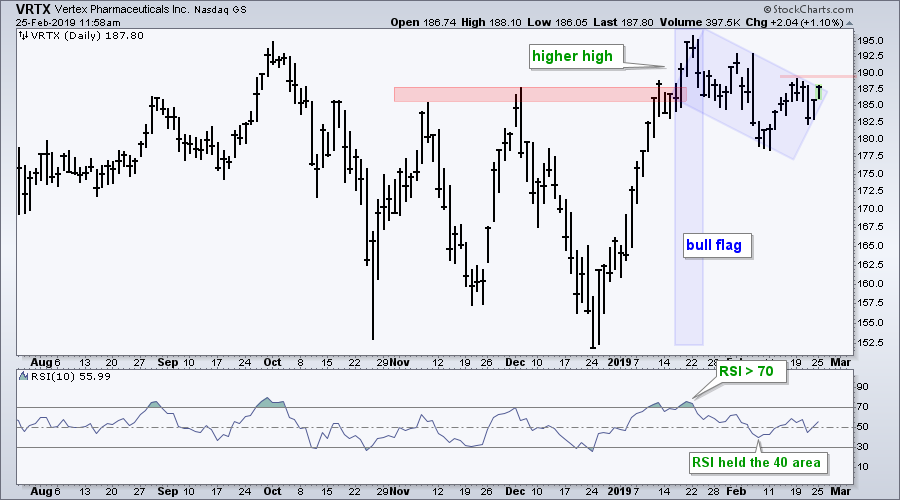