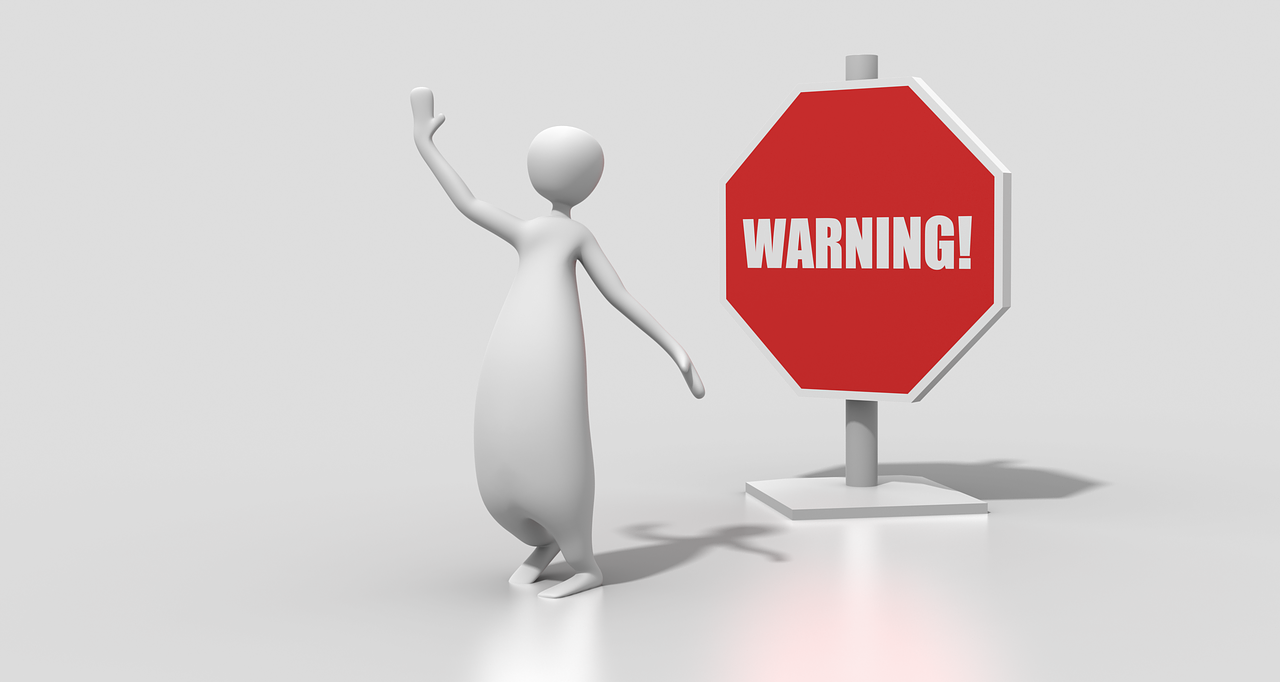 It seems I did not have to look very far to find today's DITC entry...

The S&P 500 ($SPX) provides enough ammunition to get excited - or maybe worried is a better word - and not ignore the price action that is unfolding at the moment.

Looking at the 6-month chart of the index, the contours of a head-and-shoulders top formation can be distinguished. Is it a perfect H&S? Probably not. Does it have enough validity to not be ignored? Definitely. 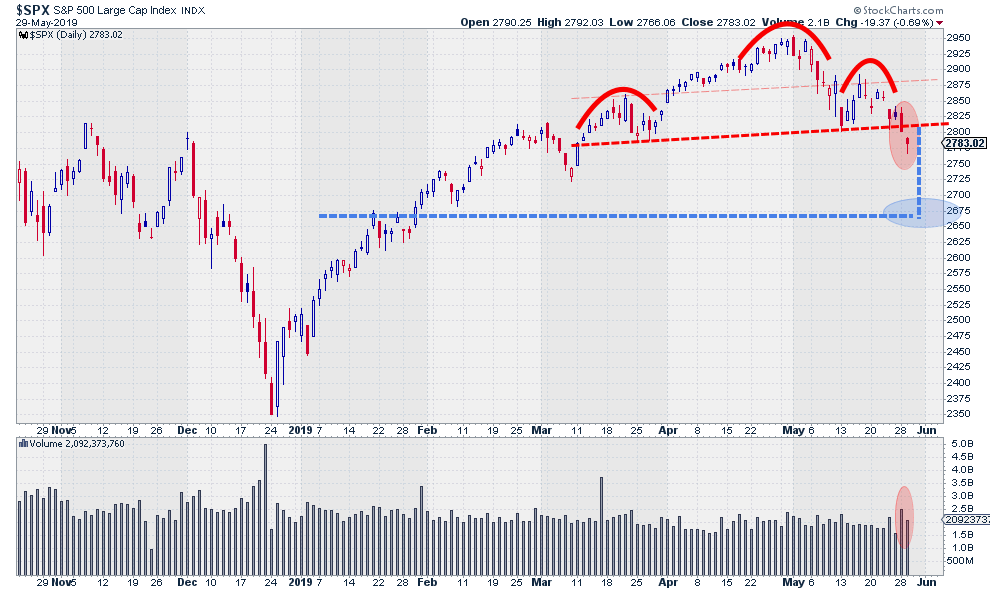 The rally out of the December low ended at the high on the 1st of May, when a more serious decline took the S&P back to 2800.

The first indication of weakness emerged when the next rally was unable to push back to the previous high, with a new high instead being put into place near 2900, significantly lower than the high at 2954 on 1 May.

From that lower high, the market started to decline again, resulting in a very weak day on 28 May with a low dangerously close to the slightly up-sloping support line that connects the arm-pits of the H&S formation. Yesterday's gap down definitely broke that level and completed the formation. Whether you subscribe to the H&S formation or not, it definitely is a weak move, kicking off a new series of lower highs and lower lows.

Building on the premise of an H&S being put into place, we can calculate the expected price target for the ensuing move by projecting the height of the pattern down from the break-level. This leads to an expected decline towards 2675 (roughly 5%). The spike in volume on the last two (weak) days support the case for a completed H&S.

5% is not a massive decline (yet) but, in the bigger scheme of things, it looks as if we are putting a fairly major peak into place - and things can easily go from weak to worse. In any case, warning lights are flashing!!