The Russell 2000 iShares (IWM) has been underperforming for some time now and remains the weakest of the major index ETFs. The chart below shows IWM forming a lower high from May to July and a lower low from March to May. Adding a couple of trend lines to these peaks and troughs, we can see a clear downtrend or falling channel since April. More recently, IWM reversed its upswing with a sharp decline and breakdown in early August low. 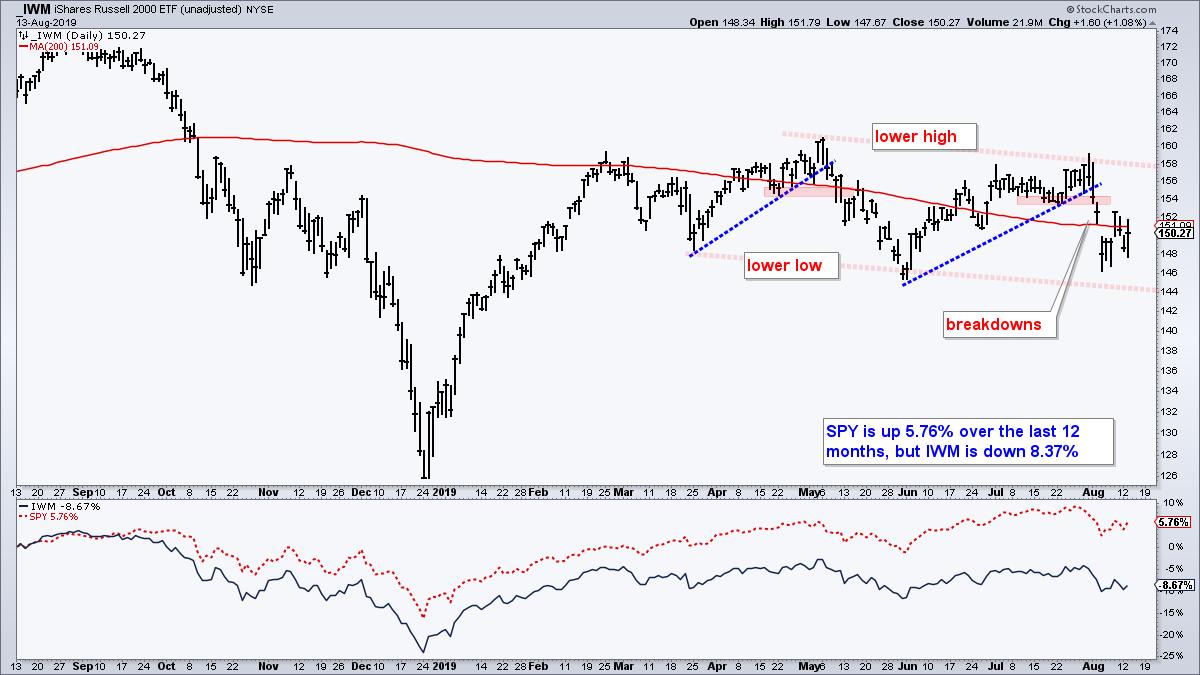 The indicator window shows price performance for SPY and IWM over the past year. Notice that SPY is up 5.76% since mid August 2018 and IWM is down 8.67%. Small-caps are clearly not the place to be right now.

I do not normally use intraday charts, but did notice that a pennant could be taking shape the last six days. IWM fell sharply in early August and broke support in the 153.5-154 area. This broken support zone turns into a resistance zone, but IWM never really challenged the break because the bounce did not exceed 153. 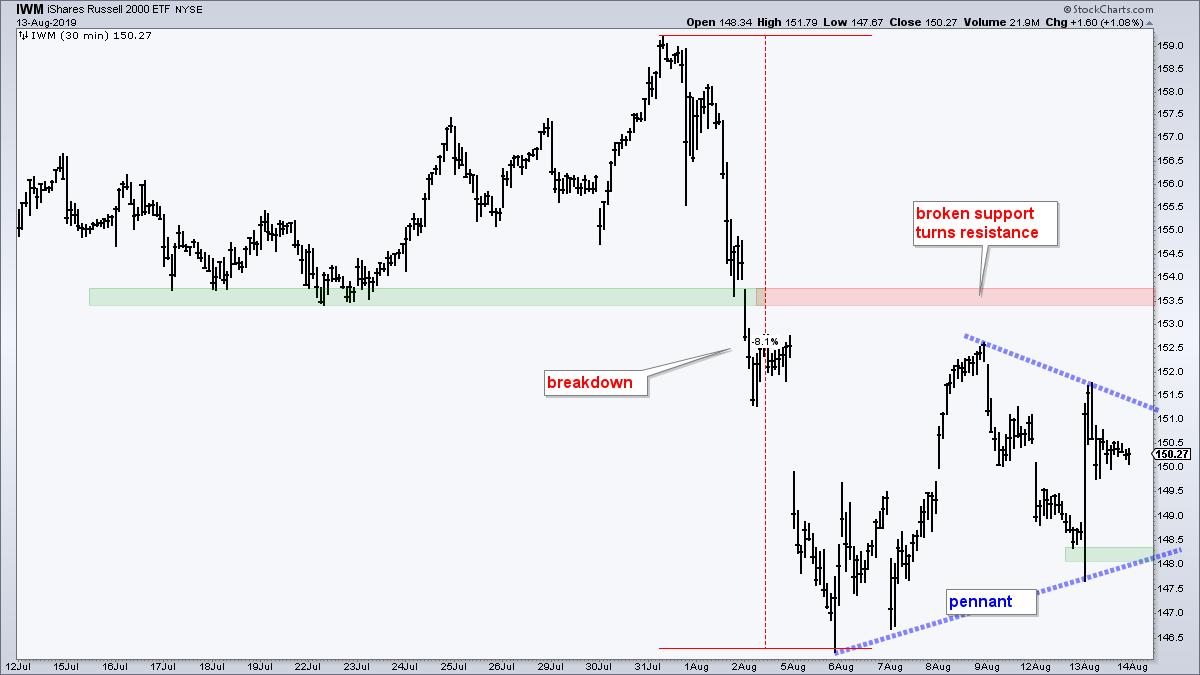 A break below 148 would signal a continuation of the prior decline, which was around 8%. An 8% decline from the pennant high (~152.5%) would target a move to the 140 area. A break above 152 would negate this pattern and call for a re-evaluation.