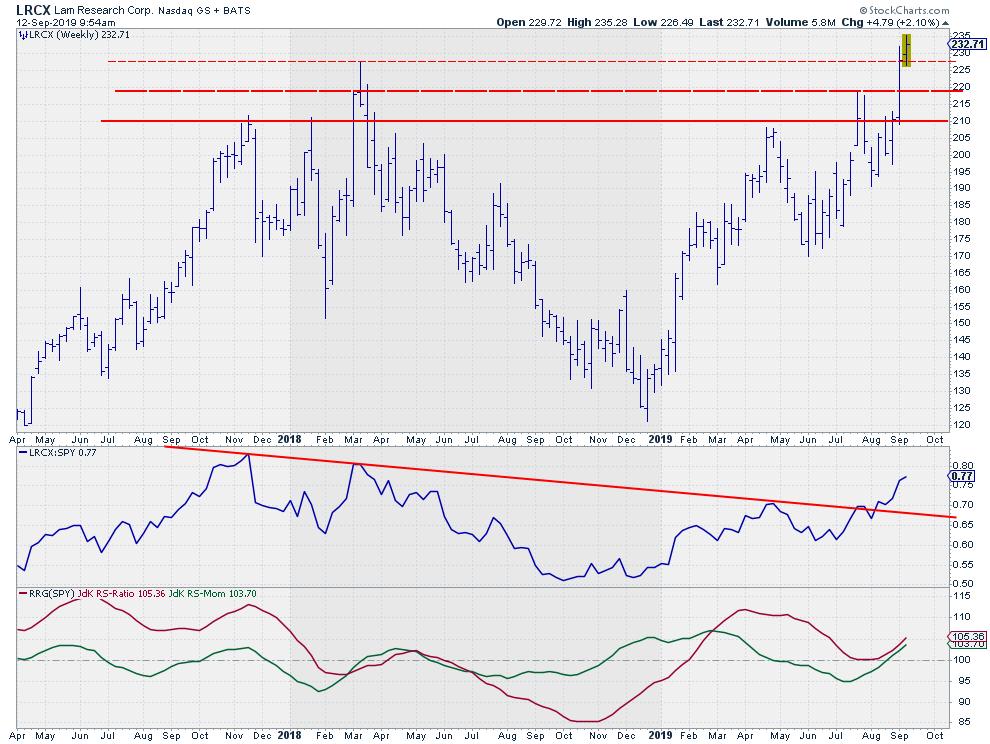 On the Relative Rotation Graph for technology stocks, LRCX stands out, with its relatively long tail and its push into the leading quadrant at a strong RRG-Heading. Such a rotation is more than enough reason to open up a regular chart for further investigation.

The chart above shows LRCX on a weekly scale with relative strength and the RRG-Lines. The number one clue signaling further upside for LRCX is the break to new highs. Last week's jump closed 20 cents above the March high at $227.70 (short dashes) and solidly above the (IMHO) more reliable resistance level just below $220 (long dashes). This week, with two more trading sessions to go, LRCX is continuing higher.

The price action of the last two weeks brought the RS-Line above its falling resistance as it started to move higher, with a new series of higher highs and higher lows emerging in relative strength. The resulting RRG-Lines are now moving higher in tandem after RS-Ratio dipped at the 100-level and started to move higher again.

All in all, the combination of a break to new highs with improving relative strength make this a stock worth watching.