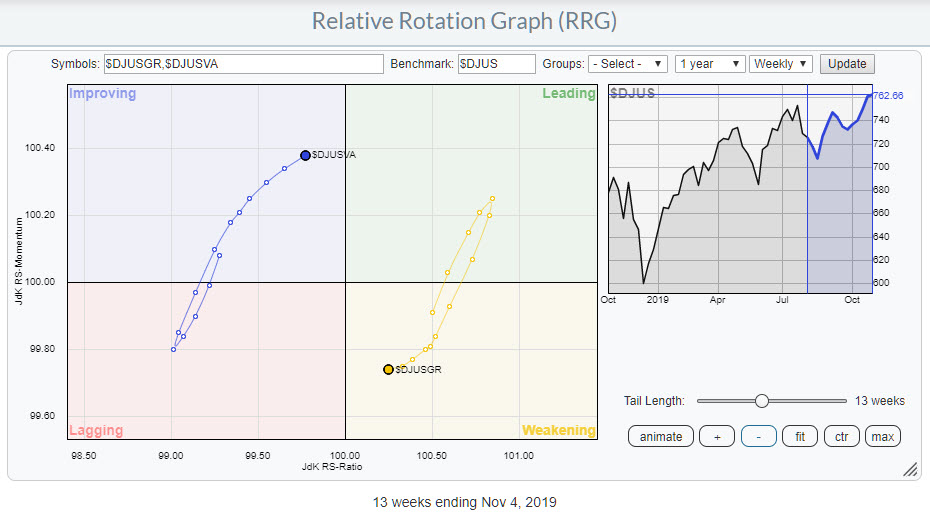 The Growth vs. Value relationship is always an interesting topic, as many believe it provides (additional) information or support for directional moves in the general market (S&P 500).

The Relative Rotation Graph above shows the relationship between these two market segments, using the DJ US index as the benchmark. As this is a so-called "closed universe," the securities on the plot together are the benchmark, their rotational patterns are, more or less, inverted. 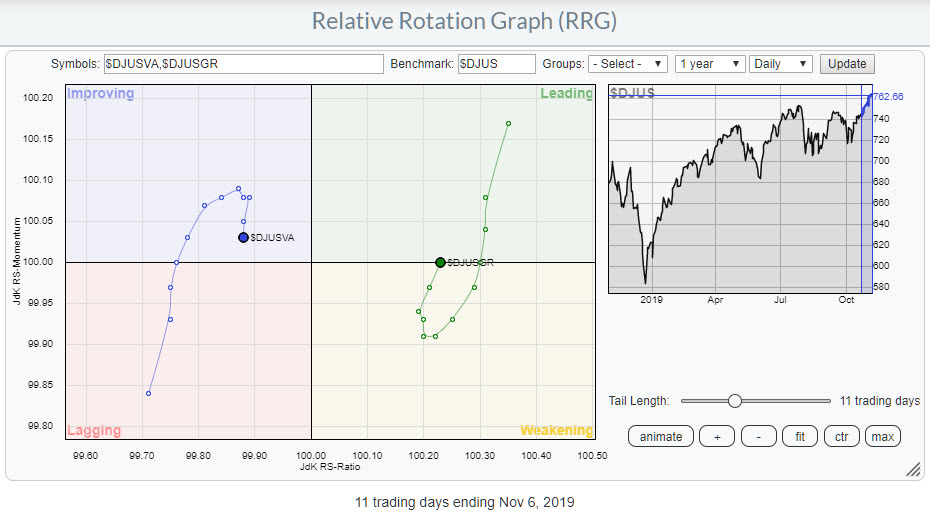 On the daily RRG, Growth is at the right hand side of the plot and is just now returning from weakening back into leading. Usually, this is a strong sign as it signals the second (or third, etc.) leg in an already established uptrend. Value at the left is obviously going through the reverse rotation, back to lagging. The crux here is to figure out which time frame will be leading the way in coming weeks.

The tails on the daily chart are just turning around; very likely, we will have more of that rotation, growth over value, in store.

On the weekly RRG, the distances between the observations over the last 5-6 weeks have decreased compared to the 5-6 weeks prior. That signals a loss of power for that move on the weekly scale and often precedes a turn.