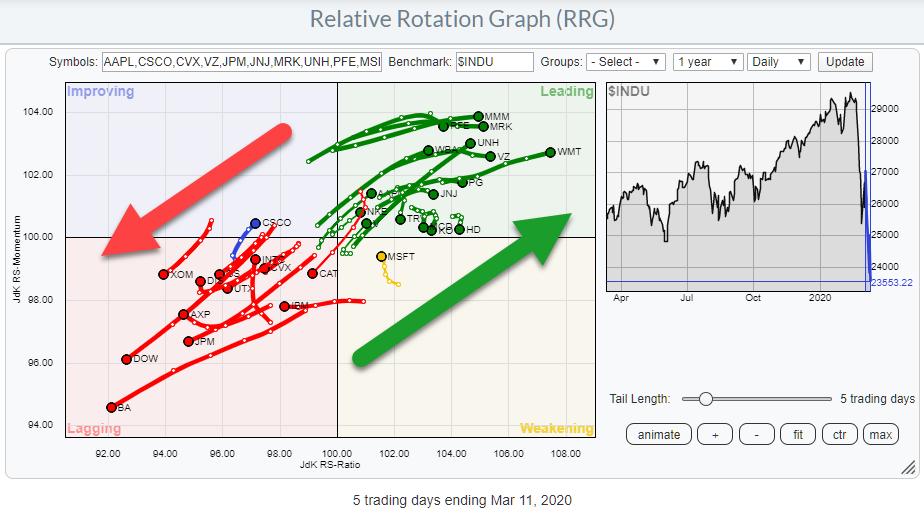 The Relative Rotation Graph for the DJ Industrial constituents shows a clear split between stocks in the leading quadrant vs. stocks inside the lagging quadrant, with only one inside weakening (MSFT) and one inside improving (CSCO).

A few stocks inside the leading quadrant are starting to roll over and a few inside lagging are starting to curl up, but the majority are in pretty well-defined relative trends.

With markets jumping all over the place, down 7% one day and up 5% the next, it is very hard to play any directional trade, at least short-term.

In my weekly Sector Spotlight show I have a segment called "Pair Trade Ideas," where I focus on finding trade setups that are agnostic of general market direction and aim to benefit from the difference in relative strength between two securities.

Last Tuesday, I highlighted the AAPL vs. IBM pair. Here are the charts that belong to that pair: 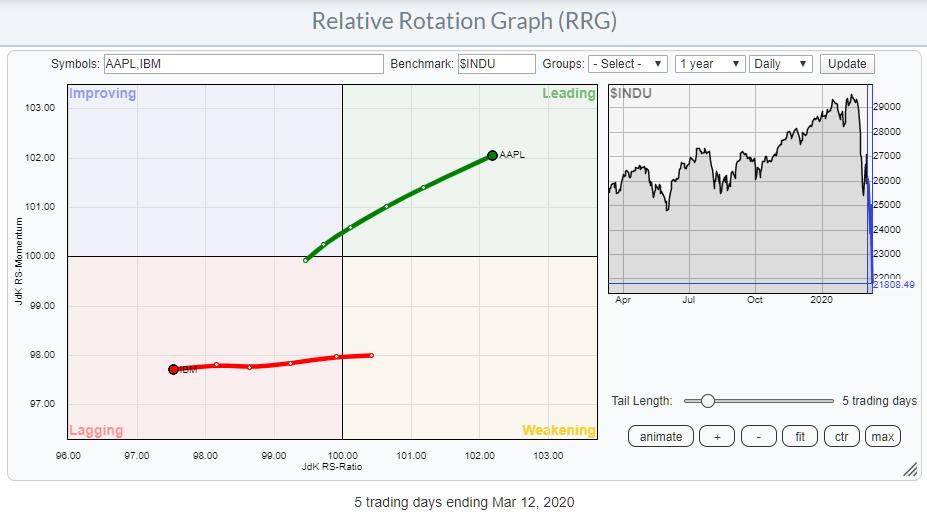 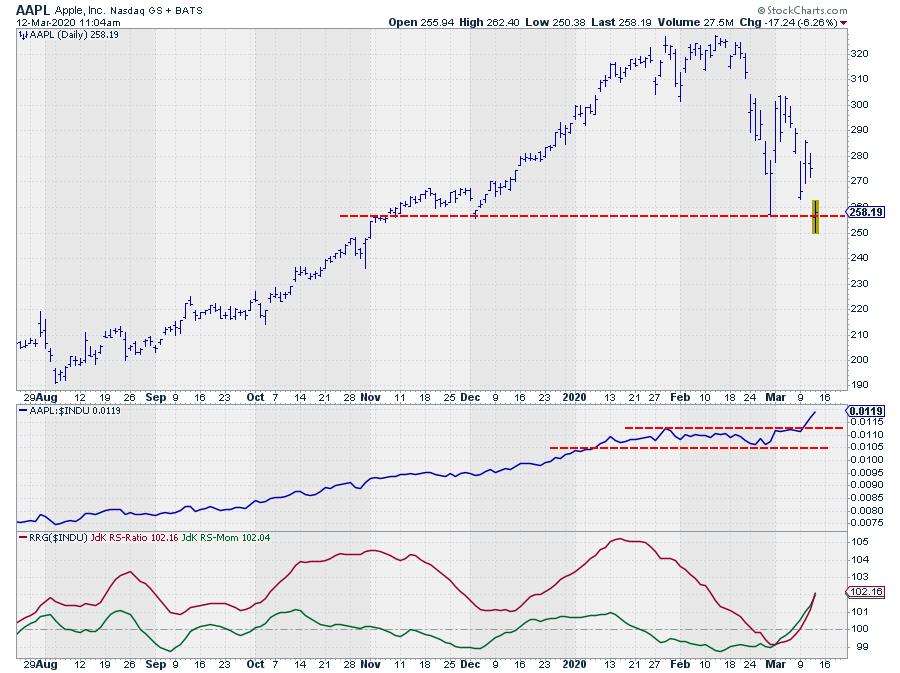 AAPL is testing support around $255 and seems to be bouncing off that level so far today. If we can hold that support level, AAPL will continue to look good from a relative perspective.

The RS-Line has just broken to new highs while the RRG-Lines are now both above 100 and rising.

On a side note, AAPL just triggered a Turtle Soup buy setup when it broke below its previous 20-bar low at $256.37 (2/28) this morning, then rallied back above that level. The TS setup triggered a long position on the break back above $256.37, with a stop at today's low of $250.38. Remember, this is a very short-term trade setup, but it certainly supports the AAPL:IBM pair trade idea. 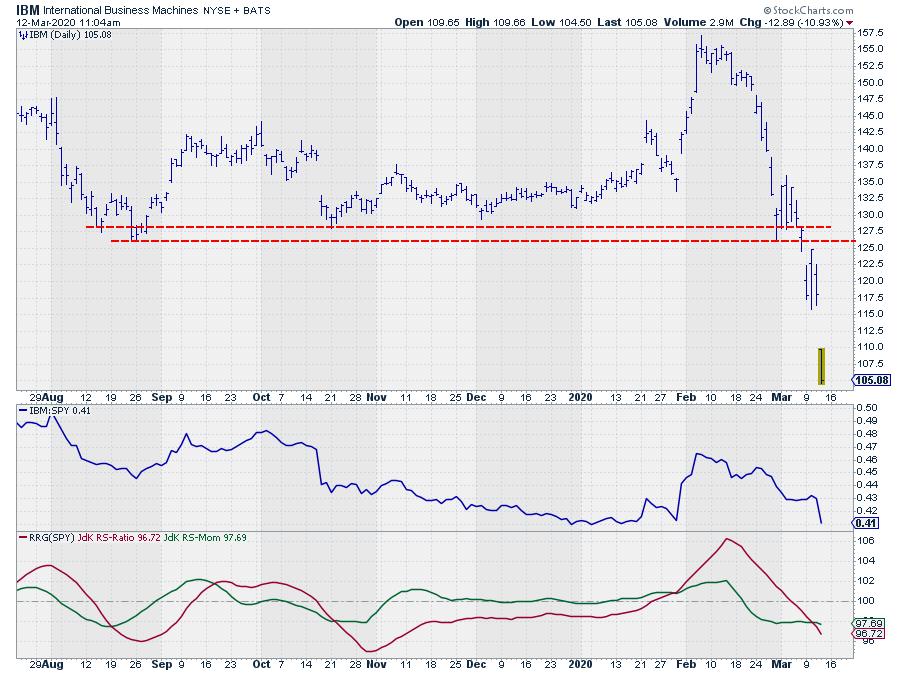 The IBM chart looks very different. The important horizontal support level between $125-$127.50 was convincingly broken a few days back and it will be a major resistance level when(ever) IBM is able to get back up. The first level to watch on the upside is the gap from $115 down. $100 is a major support level to watch... if that breaks, the downside will be wide open.