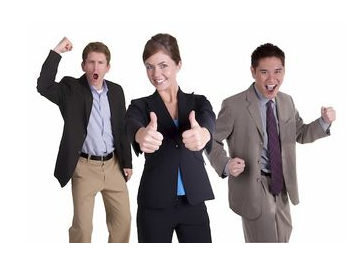 Picture this:  I am at a cocktail party chatting with three people about investing.  The first person says, “I could be a really successful investor if only I could emotionally tolerate a bit more risk.”  The second person claims, “I could be a world-class investor too if I had access to the same information as big institutional investors.”  The third person believes that his market timing model is the last missing element holding him back from consistent profitability.  I have known all three of these part-time investors for well over a decade.  I’ll try to be gentle just in case any of them read this blog.  If they do, label it “tough love”.

The first party goer – let’s call him Fred – claims it’s his risk problem.  In fact, Fred has more issues surrounding expectations and patience than risk.  He is a very capable trader but has a full-time career outside of investing and he doesn’t have the appropriate patience to trade within the time frame he should be trading.  He does not acknowledge that he actually wants to be an active trader, but in reality his lifestyle and job lend themselves more to longer-term investing.

Fred’s trading timeframe is skewed.  He gets into a high percentage of winning trades, but then cuts the cord prematurely upon the first pullback and seldom allows the winning equity to play out.  Fred needs to match the realities of his lifestyle and personal risk tolerances to the appropriate trading timeframe.  Fred, get real.  You can’t be a full-time trader and hold down a full-time job as well.

The second investor – let’s call her Nancy – loves her fundamentals.  She has great street smarts and investing acumen, but waxes on and on about the disparity of the access to information by institutional investors versus individual investors.  She will begrudgingly admit that the single pivotal event which improved her investment results the most over the past decade was when I gave her John Murphy’s book The Visual Investor.  Nudging Nancy to learn how to read charts paid instant dividends for her (especially on the sell side).

I often remind Nancy about one particular guest speaker she listened to in my class years ago.  This speaker was a mutual fund portfolio manager who was managing over $10 billion for a fundamentally oriented family of funds.  He’d been successful both in his personal financial circumstances as well as for his fund’s investors, and he was well compensated.  He retired in Seattle as a relatively young man with the intention of trading his own account.  In class, we were all stunned when he confessed that, after two years of retirement, he realized that as an individual investor he was indeed hamstrung.  His access to information had vaporized.  As he explained it, when you own millions of shares of company X as a fund manager, the CEO will take your calls and grant you personal access.  But the same was not the case when he called that same CEO as an individual investor.

This former fund manager announced in class that he came to realize that individual investors could only succeed if they blended technical analysis with fundamental analysis.  After two years of trying to replicate his past success with his own money, he decided to return to his old job managing other people’s money.  He simply missed the access once afforded him as an institutional big wig.

The third cocktail party investor – let’s call him Sid – believes that his Achilles heel is market timing.  This is a classic case of not seeing the forest for the trees.  Sid has what I feel is the most complete trading methodology of the three.  It’s written out, well defined and nurtured through many hard won market lessons.  Sid is also emotionally well suited to succeed as an investor.  I would submit to Sid that his fixation on market timing and achieving perfection in this arena has caused him to be consistently over-weighted in one asset class or another.  His trading skills and market acumen are undeniable, but if he were focused less on his market timing model and more on a rational asset allocation model, his bottom-line would be positively and immediately impacted.

There’s always a bull market somewhere.  Sid needs to get comfortable with the concept of allocating assets into many different baskets and then letting the market dictate which asset classes to overweight and which ones to underweight.  My challenge is to dress up this approach as a market timing model so that Sid will embrace asset allocation.

It seems relatively straightforward to identify these issues in other investors.  It’s much more challenging to do so while looking in the mirror.

PS… You are invited to my office for two days.
Grayson & I are presenting a 2 day Investor Boot Camp in my downtown Seattle office for a small group of  Investor's. We held our first Boot Camp in April & it was an overwhelming success. ( please see the testimonials ) Let us know if you would like to join us. We have just a few seats left.
StockMarketMastery.com/bootcamp.html