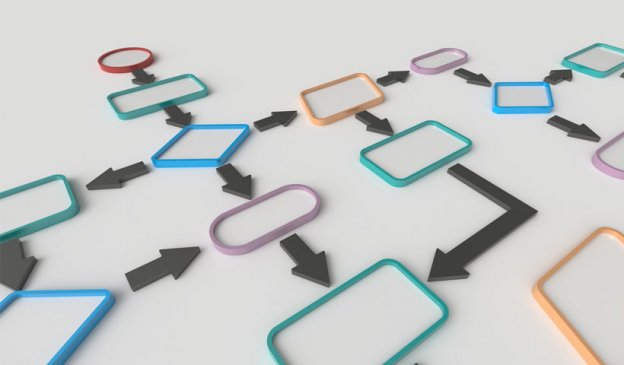 Yes — since 2013, our ChartPack user community has suggested thousands of powerful improvements to our quarterly presentation of ChartLists. Over these six years, StockCharts.com has grown mightily and many new members are not entirely clear what the Tensile Trading ChartPack actually is. So here are seven brief points to describe the ChartPack and how it will help investors navigate the markets.

Many of you have heard of “the inverted yield curve”.  Simply put, it’s when rates of two-year treasury notes rise above those of ten-year treasury notes. When this occurs, historians (and the charts) typically will portend a recession on the horizon. What the press conveniently fails to explain is that the lag is significant. The actual doldrums don’t arrive for another six to eighteen months.

This ChartList is populated with carefully selected high probability indicators that historically have signaled market shifts. No one indicator can stand alone, but reviewing these 16 charts as a group — say, every month — offers you a powerful sense of whether the “weight of the evidence” is bullish or bearish.

If you jump out of the market based upon just one or two bearish indicators, you are also very likely to be the sort of investor who’ll sit in cash, not get back into the market and simply watch a  2009-to-2018 rally of 300% without participating. Not a great idea.

Instead, use the “weight of the evidence” approach.  Review all sixteen indicators. What’s the evidence?  This quarter, we’ve added our version of the inverted yield curve. Chart 4.12 provides phenomenal insights. Please read the extensive notes describing specifics about all sixteen charts.  Notes appear in View All mode beneath each chart.

This ChartList contains the top ETFs based on trading volume. It works along the same lines as the Fidelity Select Sector Funds quarterly buying and selling behaviors. Those ETFs that drop off the list yield equally tradeable ideas as those ETFs which newly appear.

As individual investors, this list is important for basic reasons beyond simply volume. The higher the volume, generally the lower the bid/ask spreads — which puts money in our pockets as individual investors both when getting in as well as when selling. Another high probability fact is that those ETFs with the most trading volume are being “endorsed” by more buyers. These are buyers who are also aware of expense costs associated with the different ETF options in each asset class and usually pick the least costly ETF.

We find this ChartList useful as a market sentiment barometer as well. The  ratio of long versus short ETFs on the list ebbs and flows with market sentiment. We also trace “new” ETFs that come aboard and what they claim to track versus the classic index ETFs such as DIA or SPY.

This past quarter, we have had much rotation.  Many specific classes of ETFs fell off the wagon, while dozens of new ETFs took their place.  Here are some observations:

Our suggestion is to include a review of this ChartList in your regular routines. It will pay intellectual and strategic dividends to your bottom line.  Lastly and somewhat surprisingly, the data doesn’t lie. Dropped from the list due to very low trading volumes and better alternatives elsewhere were ETFs such as EEMV, UWTIF, IDU, MGC, MGV, OILNF, PID, DON, DJP, IXC and BMX.

We’ve added the Vanguard Global Capital Cycles Fund (VGPMX) to the comparative PerfChart. A reasonable option to consider in this space. We encourage users not to overlook the informative notes (contributed by many in our ChartList community). In the “View All” mode, the comments are below each of the charts. Notice the close correlations  in the Gold versus Commodities ($CRB) chart. As always, consider using the Verbose View for more information.

Don’t believe the press when they keep telling you that international markets are dead and the USA is the only place to be invest.  There is a lot of money to be made by regularly visiting ChartList #205 which holds 55 country funds.

As of this Wednesday (January 9, 2018) the S&P 500’s (SPY) performance for the past three  months was down -9.7%.  Over this same period, dozens of country funds have achieved positive returns and significantly outperformed the S&P 500.  For example:

You get my point. A rational money management strategy would be to invest 5% of your portfolio in the top three country funds and rotate based on relative strength performance to Vanguard Total Market Index (VT).

One final suggestion is to consider using the Legends menu button and pulldown the Verbose feature. If you like what it does, save it!

It’s tough to say exactly how many times we’ve performed the Fidelity Select Portfolios quarterly update. Sure, we know that this is the 22nd ChartPack update, so we can work backwards and count the number. But remember, the ChartPack is based on our real trading routines, which both Grayson and I have been doing for far longer than the history of the Tensile Trading ChartPack. So the exact number is a bit of an unknown.

What we can say for sure, however, is that each quarter provides something new, something unusual, something worth noting or calling out. Last quarter, we were relatively stunned by the number of “unchanged” Fidelity funds – no change to the top 10 holdings list for a portfolio. We noticed more unchanged funds than in any quarter in the past five years, and it told us something important about the state of the market (which was turning quite volatile in Q3 of 2018): it was not an aggressive quarter for the big money managers. They weren’t rushing out to buy and rebalance and restructure their portfolios. It was clearly a “wait and see” period.

This quarter, on the other hand, was different. We saw only five Fidelity funds with no change to their top 10 holdings list – a low number relative to the quarterly norm.

Now, this doesn’t mean you should run out and buy everything under the sun just because. What we also noticed was that this seemed to be a very careful quarter for a lot of the Fidelity funds. That said, it was active. Perhaps the institutional side is starting to find some real deals out there after multiple months of market beatdown, but they're starting with a toe dip, not a full plunge into the pool.

Speaking of that beatdown, it’s no secret that we’ve seen a bit of strength come back into the market since the new year began. Now is the time to begin building your shopping list, because if the rally continues, sooner or later you’re going to find yourself in the buying spirit. Remember, the Fidelity updates provide a unique place to look for new trading opportunities. We look at these funds as an interesting source of tradable ideas and use them to see where and how the big money on Wall Street is deploying capital.

So, with that in mind, let’s take a look at some of the most noteworthy observations:

Already have the ChartPack? Here's how to upgrade:

The download should take about 15 seconds, after which you can explore the new ChartLists and other updates!

New to the ChartPack? Here's how to install it: