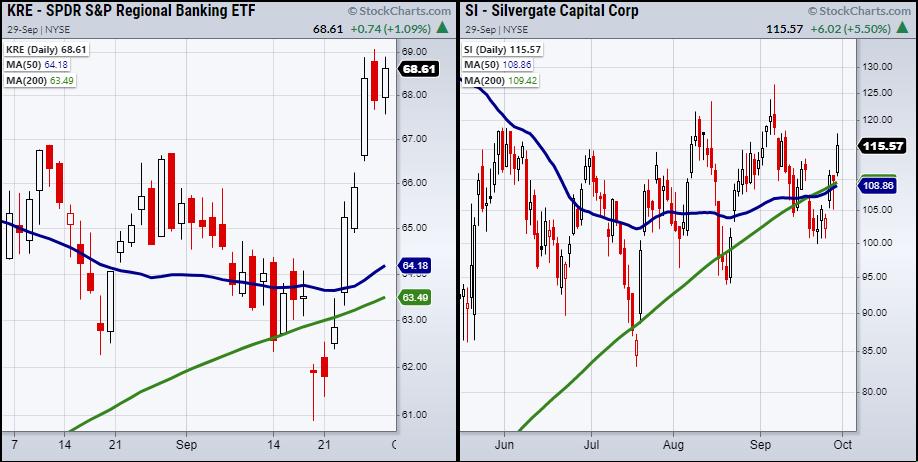 Wednesday showed weakness in key sectors, including biotech (IBB), semiconductor (SMH) and transportation (IYT). We have closely been watching the transportation sector for improving strength as it has attempted to clear its 50-day moving average (DMA). However, IYT has instead broken underneath the 200-DMA and, though it sits in a support area, the failed rally through the 50-DMA shows a large amount of overhead resistance.

One sector that is standing its ground is the regional banking sector (KRE). However, even the financial sector should be traded carefully, with a looming debt ceiling ahead and only a small amount of time before a decision must be made in mid-October. On the other hand, if the market decides to push higher, this could make financial equities enticing, as their strength has shown through this week's trading action.

One particularly interesting bank is Silvergate capital (SI). Although it has been rangebound since May, if SI can clear the high of its range near $122 and hold, it could be ready for a major move into the $160 area. Another factor that could make SI a stronger banking pick is its ability to offer crypto banking services along with traditional services. Therefore, with many weak sectors not including KRE, traders should stay cautious as the debt ceiling becomes the focus for the coming weeks.