If you own 12 ETFs in equal weights at all times, you’re probably following the 7Twelve strategy, which holds more assets than other Lazy Portfolios. • The extra asset classes give 7Twelve some exposure to commodities and natural resources, which competing portfolios lack. Best of all, the broader menu allows 7Twelve to greatly improve, with much better gains and far smaller losses, when you add a simple Momentum Rule. 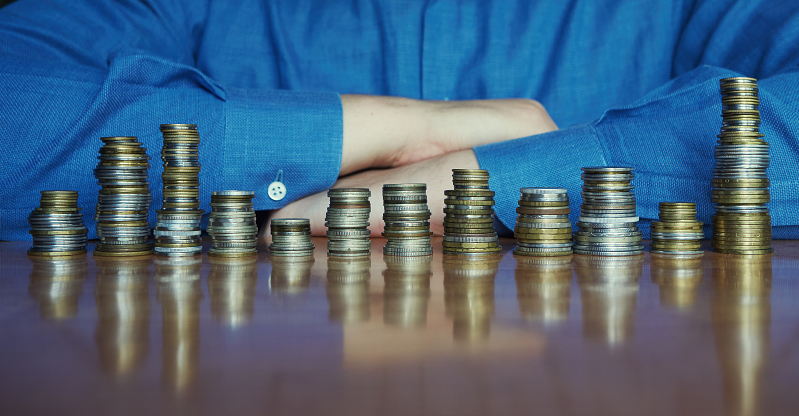 We saw in the first part of this series that a number of basic investment strategies called Lazy Portfolios developed around the 1990s. These simple formulas were intended to take advantage of the relatively new phenomenon of index mutual funds that tracked a wide variety of US and international asset classes.

The 7Twelve Portfolio was published in 2008 by Craig Israelsen, executive in residence of the personal financial planning program at Utah Valley University in Orem, Utah. Developed one or two decades later than other Lazy Portfolios, 7Twelve incorporates more asset classes — 12 — than most static asset allocation portfolios, which usually include only 6 to 10 funds.

The theory behind Israelsen’s name for the portfolio is that you hold at all times 12 different mutual funds or exchange-traded funds (ETFs). This menu of a dozen funds gives you exposure to seven major asset classes: US stocks, non-US stocks, real estate, natural resources (such as timber and commodities), US bonds, non-US bonds, and cash (short-term Treasurys).

The 12 funds are each given an equal weight. This means you must determine how many shares will allocate 8.33% of your money into each fund. The 7Twelve Portfolio is the only one of the nine Lazy Portfolios we’ll consider in this series that includes commodities and natural resources as possible choices. We’ll see later how this can optimize the strategy’s performance. The portfolio assigns 33.3% to bonds and the other 66.7% to equities and other risk assets, such as real estate and commodities:

Unlike many of the other Lazy Portfolios we’ll analyze in this series, 7Twelve has not been tracked for years by MarketWatch.com. In order to estimate the portfolio’s performance over a recent 43-year period, which includes four bear-bull market cycles (Jan. 1, 1973–Dec. 31, 2015), I used the Quant simulator. This program is available as a free bonus to subscribers of Mebane Faber’s Idea Farm Newsletter ($399 per year). The answer is in Figure 2. 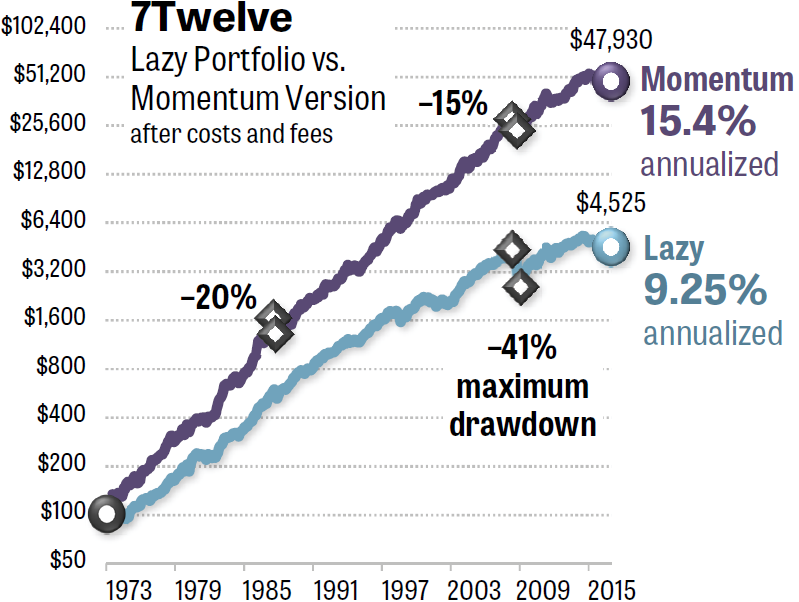 Figure 2. The 7Twelve Portfolio improves more than almost any other Lazy Portfolio when a simple Momentum Rule is added. With 6 points more annualized return, the strategy’s gain increases tenfold, and its losses during bear markets drop to tolerable levels. Source: The Idea Farm’s Quant simulator.

As you can see in Figure 2, the long-term performance of the 7Twelve Portfolio phenomenally improves when you hold only the strongest three asset classes in any given month. The annualized return of the Lazy Portfolio version was 9.25%. Adding the Momentum Rule boosted that to 15.4%. Starting with $100, the lazy version gave you only $4,525 after 43 years. Using the momentum version, you ended up with $47,930 in your account — more than 10 times the ending value. (The proportions are the same whether you start with $1,000 or $100,000 or any other amount.)

The 7Twelve Portfolio improved its gains almost more than any of the other strategies we’ll see in this series. Even better, the momentum version of 7Twelve greatly reduced its losses during bear markets, compared with the lazy version. The static asset allocation version lost 41% between month-ends in the 2007–2009 bear market. That’s far past the 25% “behavioral pain point” we discussed in Part 1. By contrast, the momentum version lost only 20% in the 1987 crash and, remarkably, an even smaller 15% in the 2007–2009 bear market. Most individual investors can learn to tolerate losses that mild, when the S&P 500 is down 30%, 40%, 50%, or worse.

In my simulations, most of the portfolios in this series were charged 0.11% per year, representing today’s annual fees of the ETFs each portfolio would require. Because of 7Twelve’s inclusion of some ETFs that have higher fees, such as the commodity asset class, the portfolio was charged slightly higher expenses of 0.15% per year. In addition, the momentum portfolio was charged 0.10% round-trip each time one ETF was sold and a replacement was purchased. (The Lazy Portfolios were charged nothing for trading expenses, although annual rebalancing would have imposed a small cost.)

In an interview, Israelsen remarked, “I don’t have a methodology developed for momentum.” However, among many variations on 7Twelve that’s he’s published, one is an Active ETF Portfolio Report, which recommends 24 funds that don’t stick to conventional market-cap weighting. “Active doesn’t necessarily mean carte blanche,” Israelsen notes. His alternate selections are mostly “strategic beta” or “smart beta” funds, which follow formulas such as equal weighting (to give more exposure to small-cap stocks), value weighting (to tilt toward out-of-favor stocks), and so forth. Only a few of the alternatives are classic, active stock-picking funds.

Israelsen explains the theoretical model behind his strategy at the 7Twelve website. He offers a free 7Twelve Report, which outlines the plan and describes various resources. The document lists the Active ETF Portfolio Report, a 14-page PDF that Israelsen sells for $150.

In the coming parts of this series, we’ll see other portfolios that also improve their gains as well as reducing their losses when a Momentum Rule is added.