You can boost the gains of the so-called Coward’s Portfolio (aka the Smart Money Portfolio) by adding one easy tweak, but watch out — there’s a catch. • The strategy is not really for scaredy-cats but for people who don’t like surprises in their investments. A single extra step makes a big improvement in the portfolio’s returns, although you have to live with a serious trade-off. 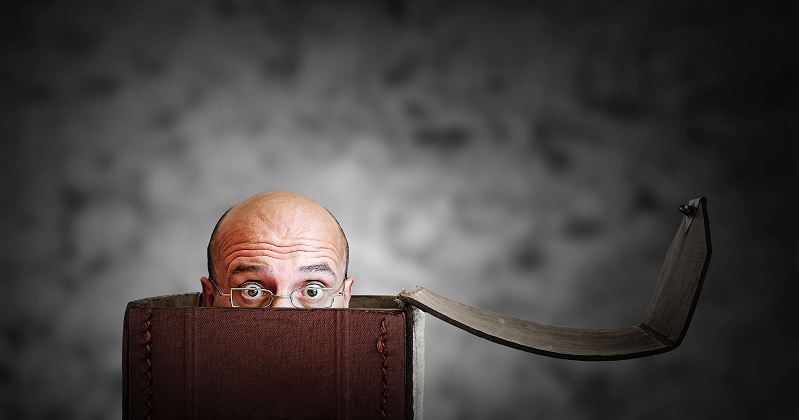 Figure 1. For the nervous investor, the Coward’s Portfolio offers a broad set of assets, if that kind of thing reassures you. Photo by Spiber.de/Shutterstock.

We saw in the first part of this series that a number of basic investment strategies called Lazy Portfolios developed around the 1990s. These simple formulas were intended to take advantage of the relatively new phenomenon of index mutual funds that tracked a wide variety of US and international asset classes.

The Coward’s Portfolio was published in 1996 by William Bernstein at his Efficient Frontier website. The word coward in the title “refers not to the investor’s risk tolerance but to the strategy of hedging one’s bets and having slices of a number of asset classes,” according to a Bogleheads blog post. The strategy is also called the Smart Money Portfolio, after a magazine of the same name that ran an article about Bernstein’s model.

Like all Lazy Portfolios, the Coward’s Portfolio recommends that you hold several different asset classes in a specified percentage at all times. The holdings are rebalanced to their original percentages once a year.

A number of variations exist, but the following allocation is the way the Coward’s Portfolio is usually explained. You’ll notice that the strategy assigns roughly 60% to equities and REITs and 40% to bonds:

For more information on these asset classes and the specific funds that index them, see the breakdown at My Plan IQ, a website that tracks thousands of 401(k) programs and other investing strategies.

As we saw in Part 1, MarketWatch.com tracked the performance of the Coward’s (Smart Money) Portfolio in real time for the 15 years ending Dec. 31, 2017. Its return was 7.87% annualized. The S&P 500, including dividends, returned 9.93% in the same period. The Coward’s Portfolio lagged the benchmark by more than 2 percentage points annualized. Sad!

What if we extend the tracking back 43 years, Jan. 1, 1973–Dec. 31, 2015, to examine more bear-bull market cycles? To do so, I used the Quant simulator, a program that’s available as a free bonus to subscribers of Mebane Faber’s Idea Farm Newsletter ($399 per year). The answer is in Figure 2. 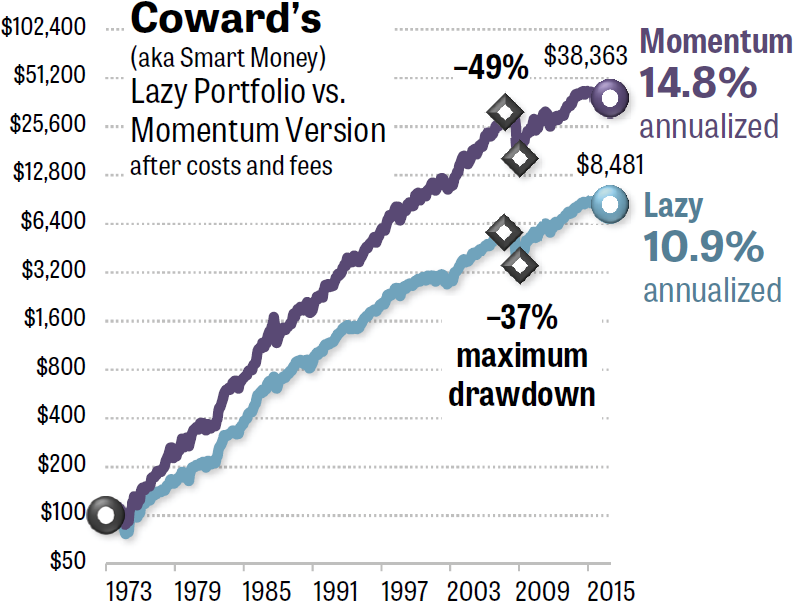 Figure 2. Adding a Momentum Rule improved the performance of the Coward’s Portfolio almost 5 percentage points. But the variation would have subjected investors to larger losses: 49% in the 2007–2009 bear market rather than 37%. Source: The Idea Farm’s Quant simulator.

As you can see in Figure 2, the long-term performance of the Coward’s Portfolio phenomenally improves when you hold only the strongest three asset classes in any given month. The annualized return of the Lazy Portfolio version was 10.9%. Adding the Momentum Rule boosted that to 14.8%. Starting with $100, the lazy version gave you after 43 years only $8,481. Using the momentum version, you ended up with $38,363 in your account — more than four times the ending value. (The proportions are the same whether you start with $1,000 or $100,000 or any other amount.)

All the graphs in this series subtract from each portfolio 0.11% per year, representing today’s annual fees of the ETFs each portfolio would require. In addition, the momentum portfolio was charged 0.10% round-trip each time one ETF was sold and a replacement was purchased. (The Lazy Portfolios were charged nothing for trading expenses, although annual rebalancing would have imposed a small cost.)

Improving your gain 5 percentage points — just by checking the rankings once a month — is great! But that improvement has a dark side. As you can see in Figure 2, the Coward’s Portfolio suffered greater losses when a Momentum Rule was applied. The lazy version lost 37% between month-ends in the 2007–2009 bear market, which is far past the 25% “behavioral pain point” we discussed in Part 1. But the momentum version lost 49%, which is even more intolerable.

This is an illustration of the fact that you can’t just bolt a Momentum Rule onto a Lazy Portfolio and get an ideal result. Of the nine Lazy Portfolios we’ll examine in this series, all of them sharply improved their gains with the addition of a Momentum Rule. But two of them experienced worse maximum drawdowns.

William Bernstein did not respond to a request for comment on this article.

In the coming parts of this series, we’ll see the best ways to construct a portfolio so it does, in fact, improve its gains as well as reducing its losses when a Momentum Rule is added.