The Coffeehouse Portfolio is so named not because you buy Starbucks, but because the strategy is so simple you could set it up in a coffee shop. • The formula holds seven assets at all times, with 40% in US stocks, 20% in REITs and non-US stocks, and 40% in bonds. The portfolio improves its gains if you add a simple Momentum Rule, but there’s a little surprise in the results. 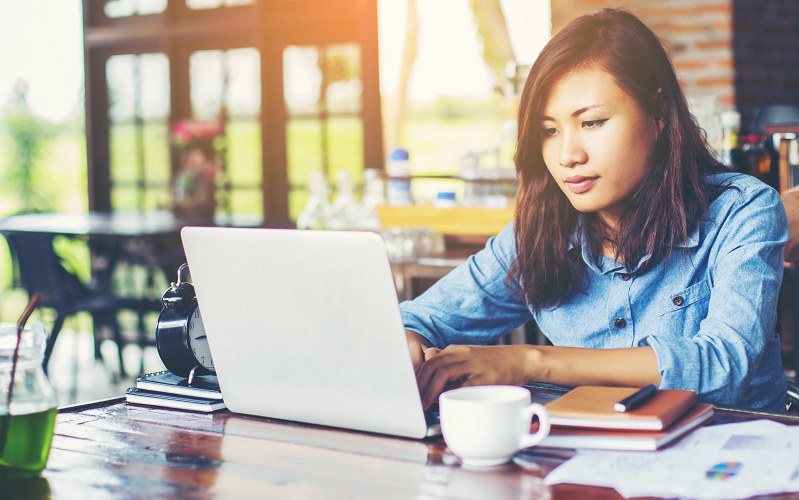 Figure 1. The Coffeehouse Portfolio, like most so-called Lazy Portfolios, is designed to be so simple that you could set it up while having a cup of coffee in a café. Photo by Dabchai Labchait/Shutterstock.

The Coffeehouse Portfolio was first published in 2001 in the book The Coffeehouse Investor by Bill Schultheis, a financial adviser and co-founder of Soundmark Wealth Management. The term “coffeehouse investor” doesn’t mean you should invest in café chains. It suggests that in the time you can drink a cup of coffee, it’s easy to set up a portfolio that contains only seven different asset classes. The investor makes no changes each month, just annual rebalancing back to the original recommended percentages for each asset.

To follow Coffeehouse, you hold seven specified funds. You divide 60% of your money equally among six equity-like mutual funds or ETFs. The other 40% of your money is devoted to a broad index of US government and corporate investment-grade bonds. This 60/40 division is often called the “pension model”:

The 2007–2009 global financial crisis drove Coffeehouse to a loss of 33% between month-ends, according to the Quant simulator, as shown below in Figure 2. The Quant program is available as a free bonus with a subscription to Mebane Faber’s Idea Farm Newsletter ($399 per year). Independent statistics that are maintained in real time by My Plan IQ show that Coffeehouse lost 36% in the crash, when measured between any two daily closes. (Comparing daily closes almost always produces a worse drawdown number than if you compared only monthly closes.)

Whichever stat you use, Coffeehouse had the smallest loss during the 2007–2009 bear market of any of the nine Lazy Portfolios we’ll look at in this series.

Unlike other Lazy Portfolios we’ll analyze in this series, Coffeehouse has not been tracked for years by MarketWatch.com. The estimates shown in Figure 2 use a 43-year simulation by Quant. This program produces numbers that are very close to those generated for similar periods in real time by My Plan IQ. 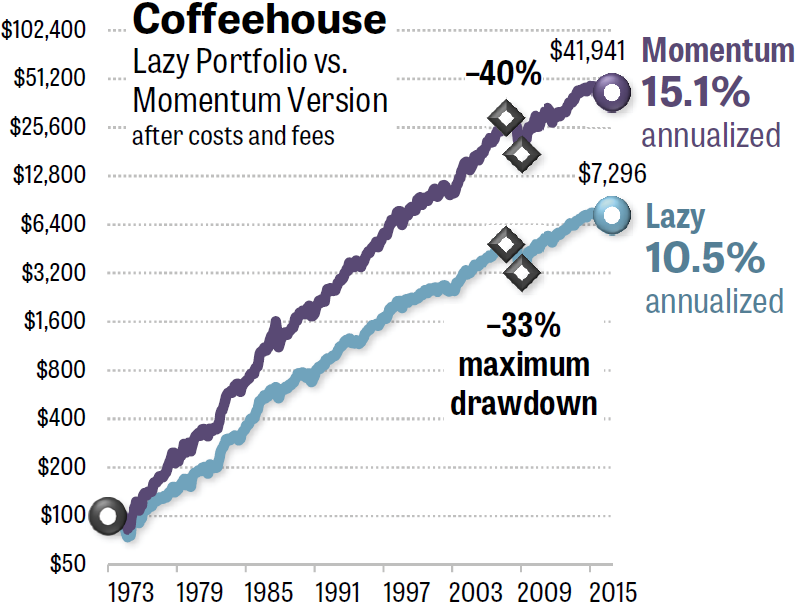 Figure 2. The Coffeehouse Portfolio would give investors 4.6 points more annualized return if followers held only the strongest three funds each month, compared with constantly holding all seven funds. However, there’s a twist — the maximum drawdown actually becomes worse when a Momentum Rule is added, increasing to 40% instead of 33%. Source: The Idea Farm’s Quant simulator.

As you can see in Figure 2, Coffeehouse’s long-term performance greatly improves when you hold only the strongest three asset classes in any given month. The annualized return of the Lazy Portfolio version was 10.5%. That’s better than the S&P 500’s annualized total return, including dividends, of 10.0% over the same period. However, by simply adding a Momentum Rule, you boost Coffeehouse’s return to 15.1%. Starting with $100, the Lazy Portfolio gave you only $7,296 after 43 years. The momentum version ended up giving you $41,941 in your account — more than five times the ending value. (The proportions are the same whether you start with $1,000 or $100,000 or any other amount.)

Here comes that twist I mentioned earlier. The momentum version of Coffeehouse actually worsened the portfolio’s losses during bear markets, compared with the lazy version. This is one of only two Lazy Portfolios we’ll see in this series with this trait. Along with the higher gains, the Momentum Rule interacted with the limited number of asset classes in the portfolio in a way that generated sharper drawdowns during severe bear markets.

The static asset allocation version lost 33% between month-ends in the 2007–2009 bear market, according to the Quant simulator. By contrast, the momentum version lost as much as 40%. Both losses are beyond the 25% “behavioral pain point” we discussed in Part 1. Drawdowns greater than 20% or 25% compel many investors to liquidate their equities, locking in their losses.

In an interview, I asked Schultheis whether he might add a Momentum Rule to Coffeehouse. He responded, “We have a handful of clients who are interested in momentum.” His reticence to publish a specific momentum-enabled version of Coffeehouse relates to the tracking error that bedevils any formula that departs from primarily indexing US equities. “The question I always ask myself is this: For some period of time — whether it’s 1 year, 5 years, or 10 years — every strategy will underperform,” he said.