The Gone Fishin’ Portfolio, like many so-called Lazy Portfolios, is promoted as requiring no changes over the years, no matter how bad the market gets. • The larger selection of asset classes it offers than most Lazy Portfolios do — 10 mutual funds or ETFs — may be the reason Gone Fishin’ notably improves with the addition of a single relative-strength rule. 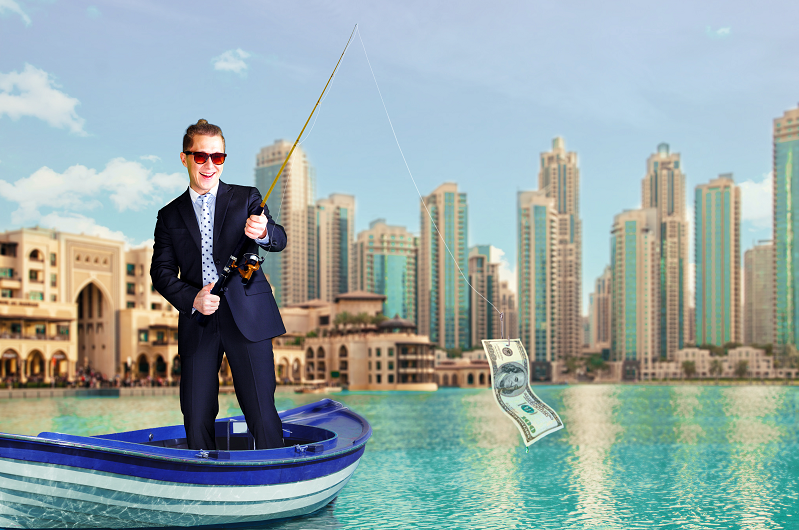 Figure 1. The Gone Fishin’ Portfolio was intended by its author to give you the time to go out and relax while your investments make money. Photo illustration by Tamik/Shutterstock.

Gone Fishin’ is described in the book The Gone Fishin’ Portfolio by Alexander Green, chief investment strategist of the Oxford Club, a financial advisory firm in Baltimore, Maryland. The group offers a 16-page PDF on the plan. Its name was chosen to suggest that you could go fishing — or whatever you like — with the time you saved by not having to check on your investments every day. The investor makes no changes over the years, just annual rebalancing back to the original recommended percentages for each asset.

To follow Gone Fishin’, you hold 10 specified funds. You divide 60% of your money evenly between US and non-US stocks. Another 10% of your money is divided between real-estate investment trusts (REITs) and precious metals and mining. Finally, the remaining 30% is split equally among Treasury inflation-protected securities (TIPS), corporate investment-grade bonds, and corporate high-yield (junk) bonds.

Gone Fishin’ has a more aggressive commitment to equity-like assets (including REITs) than most other Lazy Portfolios. Also, it’s one of only two such portfolios to allocate a slice of your money to junk bonds. The breakdown is as follows:

The 2007–2009 global financial crisis drove Gone Fishin’ to a loss of 39% between month-ends, according to the Quant simulator, as shown below in Figure 2. The Quant program is available as a free bonus with a subscription to Mebane Faber’s Idea Farm Newsletter ($399 per year).

Unlike some other Lazy Portfolios we’ll analyze in this series, Gone Fishin’ has not been tracked for years by MarketWatch.com. The estimates shown in Figure 2 use a 43-year simulation by Quant. 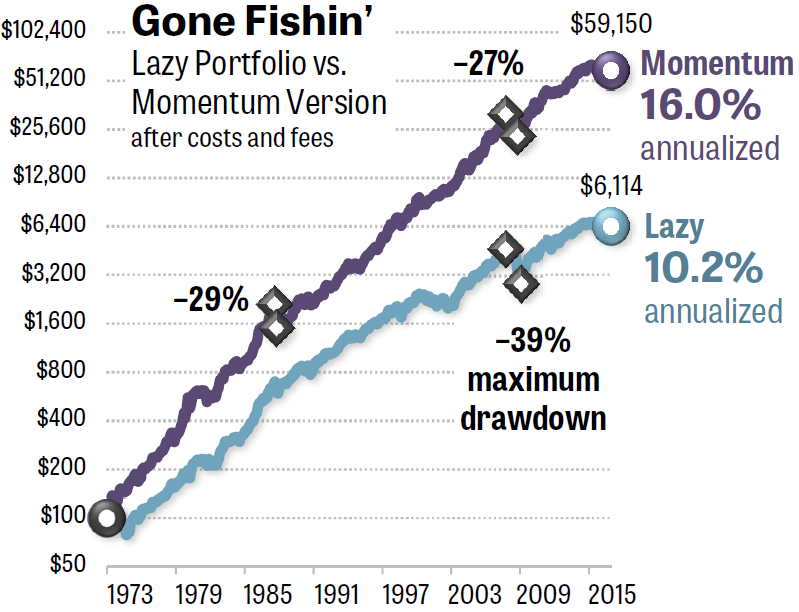 Figure 2. The Gone Fishin’ Portfolio would have given investors 5.8 points more annualized return if followers held only the strongest three funds each month, instead of constantly holding all 10 funds in all market conditions. Additionally, the drawdown in 2009 improved to minus-27% from minus-39% when a Momentum Rule is added. Source: The Idea Farm’s Quant simulator.

This Momentum Rule, also called relative strength, is similar to a formula Faber published in a 2013 white paper at the Social Sciences Research Network (SSRN).

As you can see in Figure 2, Gone Fishin’s long-term performance greatly improves when you hold only the strongest three asset classes in any given month. The annualized return of the Lazy Portfolio version was 10.2%. That was slightly better than the S&P 500’s annualized total return, including dividends, of 10.0% over the same period. However, by simply adding a Momentum Rule, you boost Gone Fishin’s return to 16.0%. Starting with $100, the Lazy Portfolio gave you only $6,114 after 43 years. The momentum version ended up giving you $59,150 in your account — more than nine times the ending value. (The proportions are the same whether you start with $1,000 or $100,000 or any other amount.)

The static asset allocation version lost 39% between month-ends in the 2007–2009 bear market, according to the Quant simulator. By contrast, the momentum version lost only 27%. There was also a steep loss in the 1987 Black Monday crash, costing investors 29% between brokerage statements. Both losses are beyond the 25% “behavioral pain point” we discussed in Part 1. Drawdowns greater than 20% or 25% compel many investors to liquidate their equities, locking in their losses.

In my simulations, most of the portfolios in this series were charged 0.11% per year, representing today’s annual fees of the ETFs each portfolio would require. (Only the 7Twelve Portfolio requires more-expensive ETFs.) In addition, the momentum portfolio was charged 0.10% round-trip each time one ETF was sold and a replacement was purchased. (The Lazy Portfolios were charged nothing for trading expenses, although annual rebalancing would have imposed a small cost.)

Green, the author of Gone Fishin’, did not respond to a request for comment. If I hear from him, I’ll add an update to the end of this article and include a note about the update in an upcoming installment.

In the coming parts of this series, we’ll see a few additional strategies that both improve their gains as well as reducing their losses when a Momentum Rule is added, as well as how to manage your money the 21st-century way.