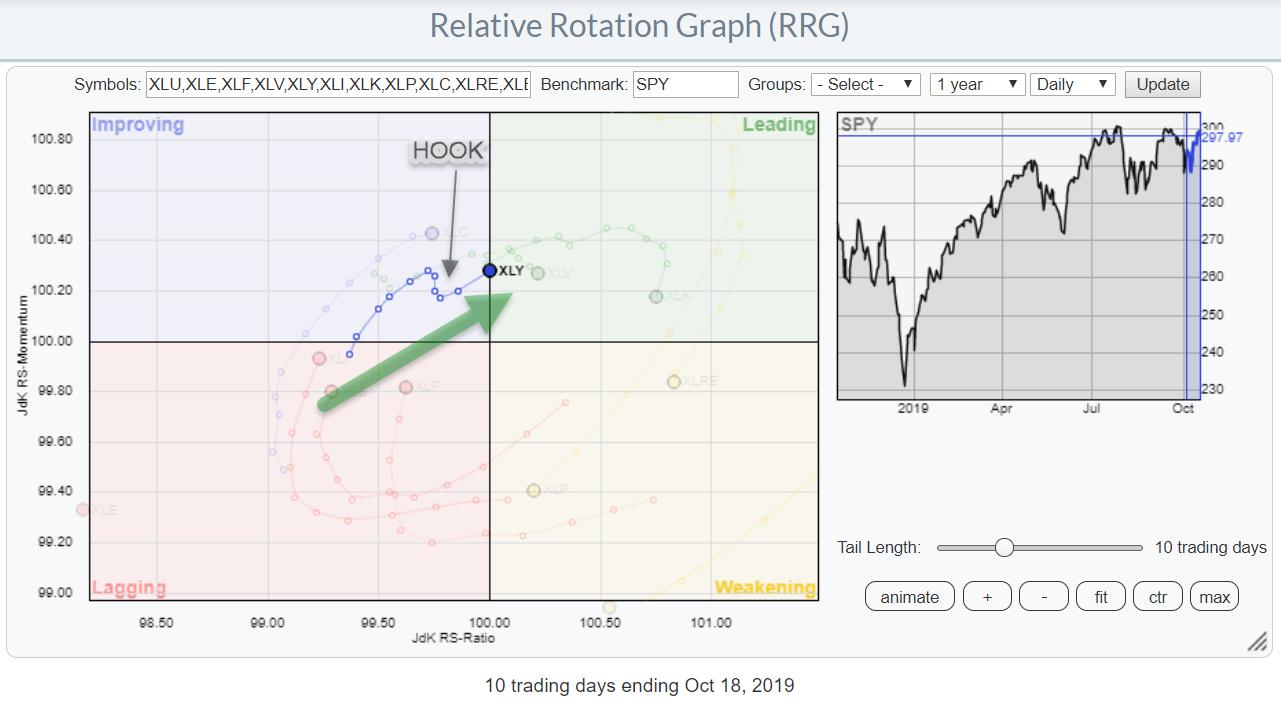 The RRG chart above shows the relative position for US sectors based on last Friday's close.

The sector that stands out most at the moment, at least for me, is Consumer Discretionary. After initially rolling over inside the improving quadrant, this sector "hooked" back on track during the second half of the week.

These "hooks" are simply clockwise rotations that went so fast that they do not show up on this particular timeframe. This is a daily chart, the shortest that we can run here on StockCharts.com; we would need to go to hourly or 30-minute charts to see the rotational pattern showing up again.

The good news is that the rotation is going in a positive direction and the Consumer Discretionary sector is gaining on both axes. As of last Friday's close, the sector is on the verge of crossing over into the leading quadrant.

This rotational pattern makes it the sector to watch for this week. 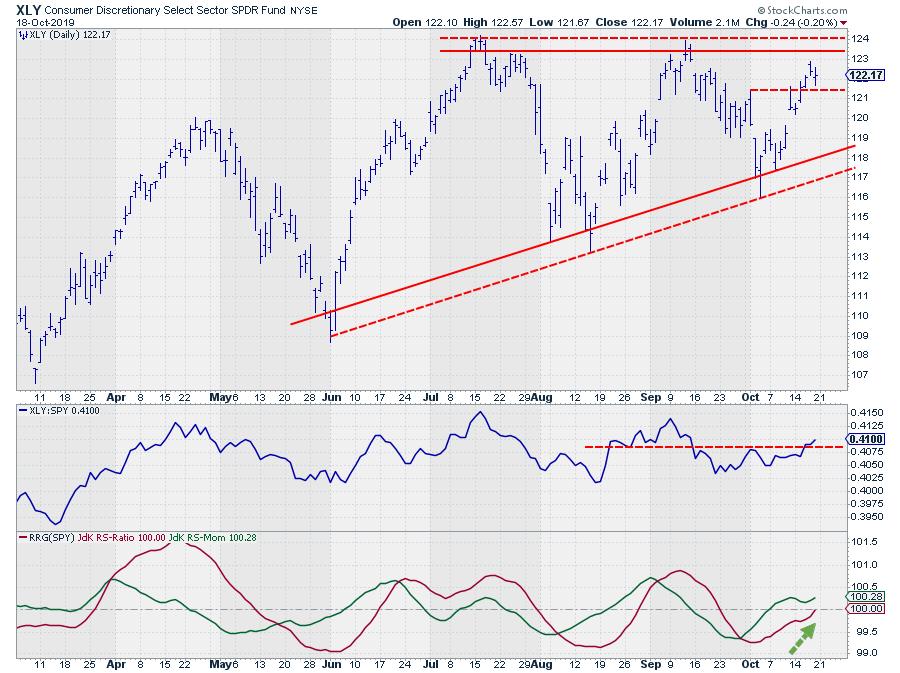 The price pattern developing since June can be seen as an ascending triangle. Three subsequent higher lows and two peaks around the same level indicate that sellers are present in the range between $123-124, while buyers are coming in at higher levels each time. This shows a rising support line, connecting these three lows.

All in all, things are looking good for Discretionary stocks this week and, unless major things happen today, we'll be having a look at this sector in tomorrow's Sector Spotlight show.

Questions and suggestions are welcome via email or social media channels, which you can find below this article.