A 'rolling Bear Market' - has been a hallmark of technical indicators revealing internal (and insider) distribution, virtually throughout most of 2015. Starting in the 1st Quarter, when the market ran-into a projected 'brick-wall of resistance'; dropped and rebounded into the Spring, in-line with our S&P pattern calls; and then gradually saw greater pockets of selling, as Bulls rationalized optimism.

We called-out this market as an historic distribution masked by a 'rearranging of deck chairs' on a potential Titanic; and expected the most notable correction to commence after early-mid July, while I'd be cruising the Mediterranean (not on the old White Star Line.. operator of Titanic). The market complied in late July & August; projected to decline more aggressively upon my return (it was kind to wait, though I did regular daily commentary while traveling); result: a superb series of downside gains; despite encountering stronger than typical rebounds I called 'automatic rally' in September and October. That bolstered a feeling of market immortality which became even more 'reckless abandon' by the Bulls in recent weeks; so we forewarned November wouldn't be October. 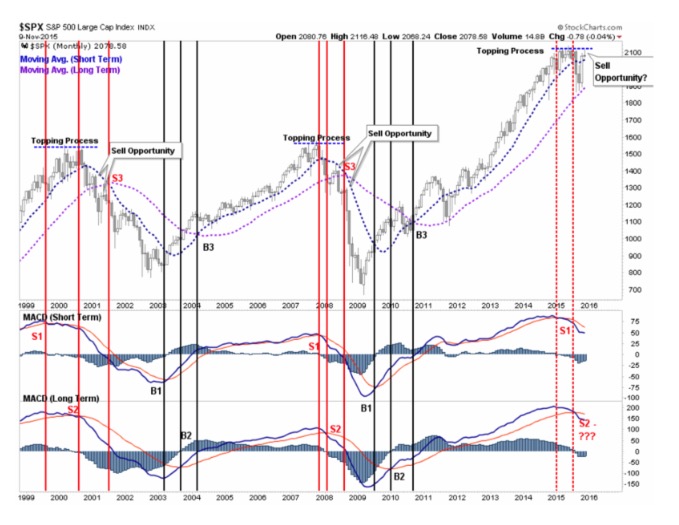 It was not 'sudden onset' of North Atlantic chills near ice floes; this was clearly telegraphed as an 'SOS' from the narrower universe of stocks (one momentum favorite after another falling overboard) all through the recent so-called upward thrust. Why are people acting 'as if' this is a surprise or something new? The rolling Bear is at least 8 months old; perhaps why many frigid funds melted.

That iceberg ahead was shielded by 'pretending' a solid domestic growth rate (in earnings and USA GDP) was coming; which never materialized. And just incidentally, all year we pointed-out no factual basis existed for the outlandish bullish guidance many relied upon. The charts (like the Atlanta Fed GDP Now) warned for many months that strong growth was the mirage, not the iceberg. I shared all this with ingerletter.com members not as 'opinion', but as evidence the illusive big recovery wasn't there; any more than last week's Jobs number was 'really' bullish. (Incidentally today only, as it's Veteran's Day and a critical spot technically for the stock market, as we've outlined, we invite you to join us with a $25 rebate on Daily Briefing or $50 rebate on MarketCast subscriptions .. this offer is just for new members, and offered until noon ET Thursday only.)

That's because the largest leveraged advance in history, unaccompanied by a comparable advance in 'real' profitability; had an associated 'canine aroma', as a bull market in buybacks, often leveraging shareholders with indirect debt by the associated bond offerings, reducing floating supply or enhancing earnings (balanced reserved for subscribing members).

As the year evolved, through a series of 'range-bound' up and down moves (a lot of them around 2100 S&P close to where we are now), we primarily tended to short spikes rather than buy for them; and surprise, it worked superbly most of the time. Yes we maintained a bias, but a bias based on facts, not fiction. Of course markets without valid underpinnings, but with 'controlled' institutional or banking support, won't turn on a dime, but historically do so in time.

That's why I termed the distribution a 'process', recalling our 'Epic Debacle' call of 2007 (escalated from a liquidity & credit crisis warning after 5 solid years of bullishness, coming off a crash low in 2002, which followed our 2000 call for a Spring break collapse) ... as that 2007 call preceded the Bear Stearns break, a rebound, and then the Lehman moment; all of which was also a process. As it unfolded, and even though the derivatives mess was evident and documented, it was almost impossible to get media or analysts to talk about it because they had a good thing going (after doubting our solid 5 years of bullishness) and did not want to consider it was drawing to an end. Slightly like this year perhaps. 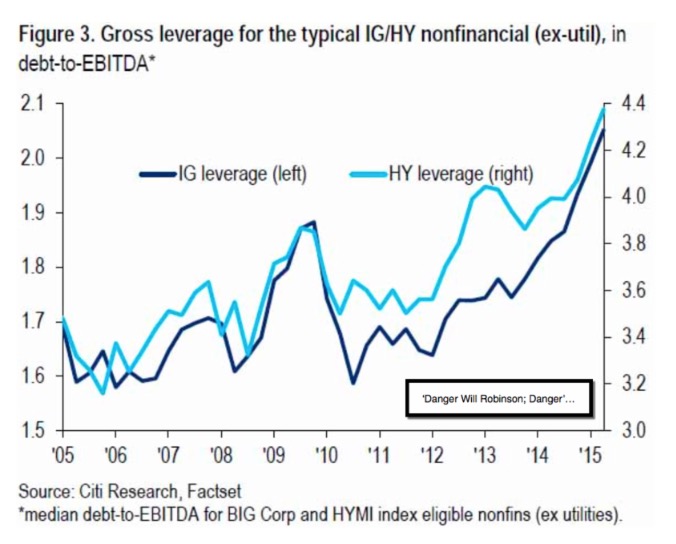 In sum - 2015 featured stocks (nearly invisibly unless you looked) 'dropping off' (lifeboat exits a money manager might use) while 'rotation' perpetuated the illusion of a sort of 'monster bull market'; a status the market was loosing even before the Fed's telegraphed decision to 'taper'. Wall Street tried to ignore, or even fight the Fed all through this; even today some hope (redacted). In this environment, the risk is over-rotation beyond (details plus overseas forecast).

Bottom-line: it's not just Alcoa or Caterpillar, not just WholeFoods or Twitter; and not just Apple (though we've warned of delusions, high prices in Europe impacting sales even when I was in Paris and Amsterdam and focused on the impact of countering the currency rates... and on Apple we pounded often that with a split-adjusted bullish view from 57, we thought it a sale at 128-132 and said so virtually daily, with a goal of 80-100 before (redacted). Got it and after that (redacted) based on technical analysis and factual expectations).

Where that leaves us is with the ongoing (longer-than-common) retention of a guideline 'trading' short-sale from December S&P / E-mini 2109 a week ago. I believe market behavior makes clear why we retain this status (see video and below); believing bulls are trying to hold (this last technical level) for no other reason than concern a new 'vacuum' lies below; for which no monster lifeboat will be available, since a newly sober Fed won't bail them out. Now of course it is a process; whether taking weeks or months. We'll again cull-out incredible gains from the past week; with ensuing guidelines full-steam ahead.

Daily action -  reiterates that October's rebound gave a renewed false sense of security, as during this time many rating agencies and others that faltered in the Summer, decided to become candid and began lowering GDP and growth targets that made no sense previously, but which they had massaged heavily. 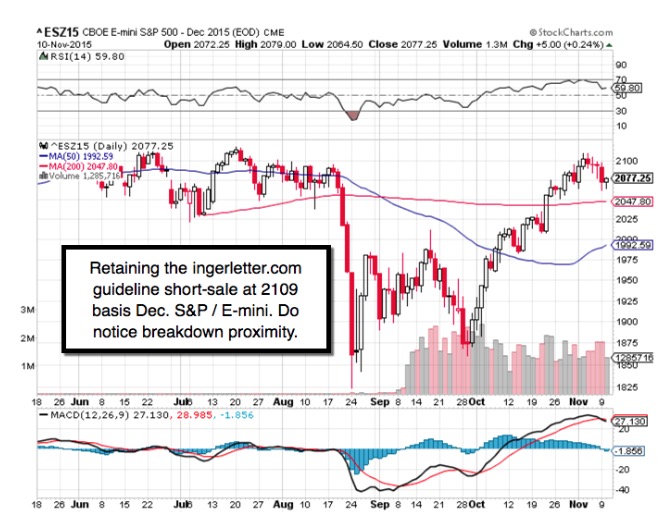 As I grew fond of saying: the longer the distribution; the greater the risk if you pile excess equity prices back on, but don't remotely have concurrent gains in household income growth or corporate profitability. 'Facts' pushed us to fade rallies more than buy dips; a realization of the distribution; and we successfully caught virtually every drop this year, missed some rallies (but took preceding gains), and have no hindsight regrets, as we knew (balance just for members). 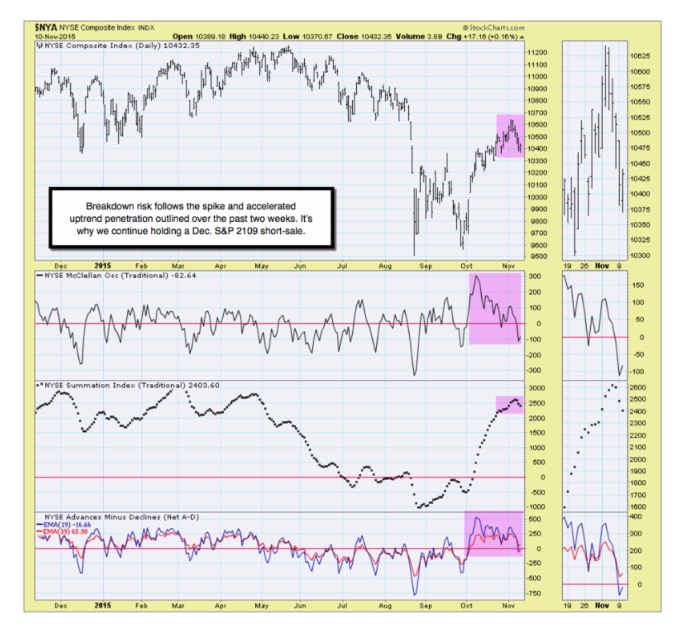 (Discussion of intraday tactics for Wednesday and the implications; reserved for regular subscribers. In fairness to members; we also redact prior remarks.)

Prior highlights follow:  (these gave members a basis for the stance).

Technical deterioration - preceded the accelerated Monday decline, which is why I pointed-out the 'narrow universe of stocks' carrying most of the weight of the preceding early November ramp, which tried (to be other than hollow). 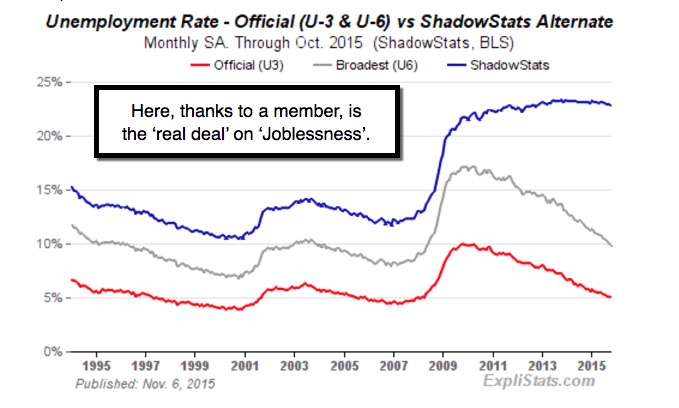 Further, they won't talk much about the increasingly narrow group holding-up; it is convenient to blame this on 'Fed expectations', rather than reveal mostly a majority of money managers and strategists are well aware of a ever-narrower leadership profile, and all the internal 'bearish divergences' we recently noted. 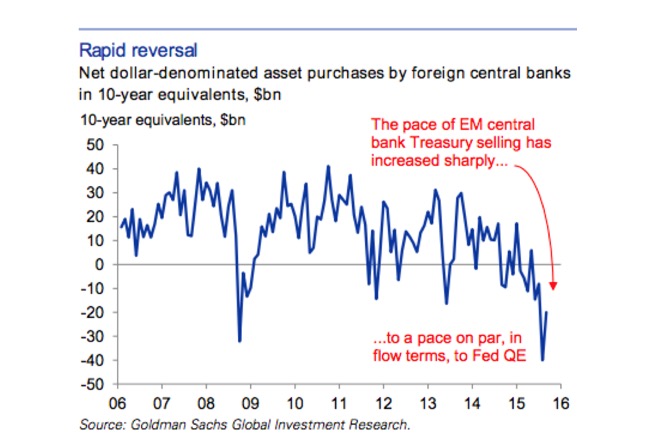 Technically - we observed the unsustainable accelerated rising-tops pattern of the preceding first days of October; maintained our rather persistent (for an intraday trade) December S&P / E-mini guideline 2109 short-sale (more).

In Sum -  we won't be surprised to see more jockeying and infighting; but the contention that November would NOT replicate October is very much alive; as is the ongoing 2109 Dec. S&P short-sale, for now.

Similarly our forecast Dollar strength renewal blossomed; I warned Friday that it again became a 'crowded trade' approaching 'par', so it would be normal to consolidate (duration redacted), as you don't get huge days like Friday, every day. Though bullish for over 2 years since 79-80 on the Index, while bearish on the Euro from 1.38-1.40 (now near 1.07) we also called dips and rallies earlier this year, when looking for consolidation; indicating 'no chance' for a big Dollar collapse or sustainable Gold rally (redacted) until otherwise noted.

Incidentally I was stunned at candor from none other than Paul Krugman in the New York Times. Rather than defend political correctness and a numbing of the entrepreneurial spirit, he actually tried (but couldn't specify) deep issues making the middle class uncomfortable. He actually inferred 'throwing more money' at issues may be insufficient to address creeping despair. Wow.

The needle that may 'pop' the bubble - at least in credit markets is now the biggest of all bubbles globally; may not be obvious ones in rates or for China, or expanding parameters of global war against Islamist Jihadist barbarism. (Risks off radar screens, including charts on 'swaps', shipping etc.). 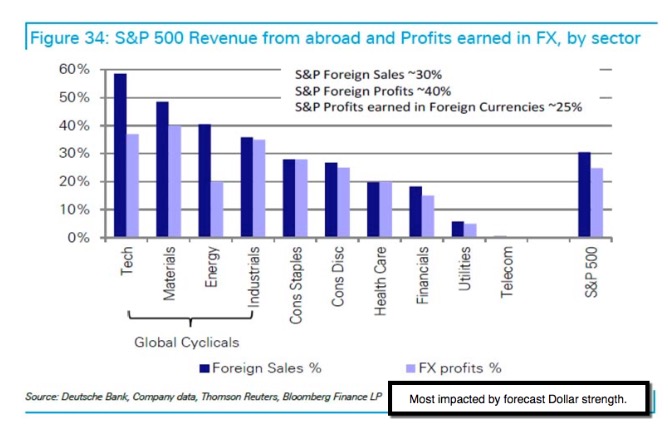 wap-spreads, that hardly anyone notices, are unambiguous indications of credit market malfunctions, if not outright distress.

Enjoy the semi-holiday (bonds closed), and take a moment to become a daily member on this Veteran's Day, as imminent market battles loom;