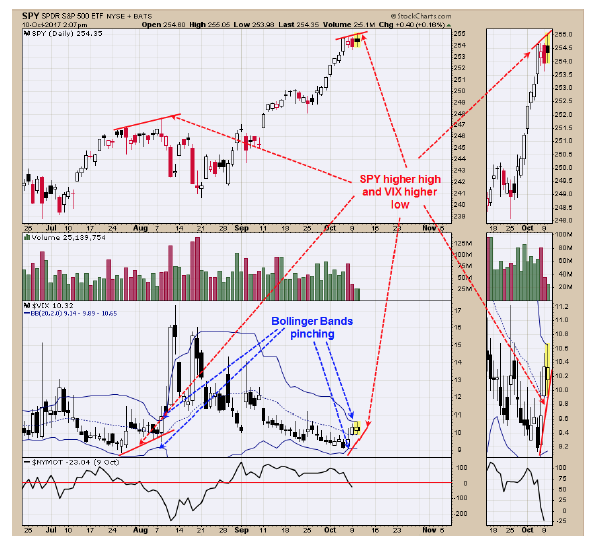 In general the VIX trades opposite the SPY and when there is a divergence between the two a direction change in the SPY is possible.  Today the SPY hit a new short term high and to keep the “Rhyme” of the market going, VIX should have hit a new short term low. Instead the VIX made a higher low and produced a divergence, which is a similar divergence that appeared at the August high.  Also notice that the VIX Bollinger bands are “Pinching” which also “Pinched” at the August high. .  October has been down with years ending in 7 going back to 1907 and the SPY closed at 251.29 on the first trading day of the month suggesting SPY will be lower than that on the last trading day of the month. Short SPX on 8/30/17 at 2457.59. 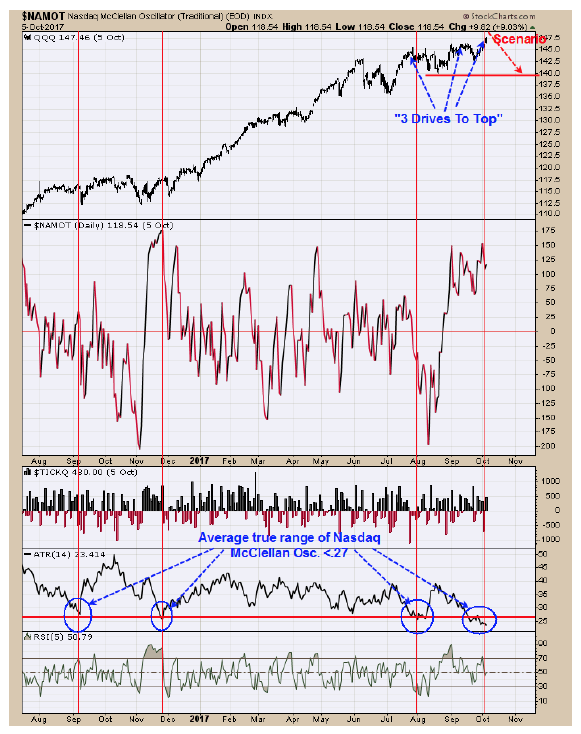 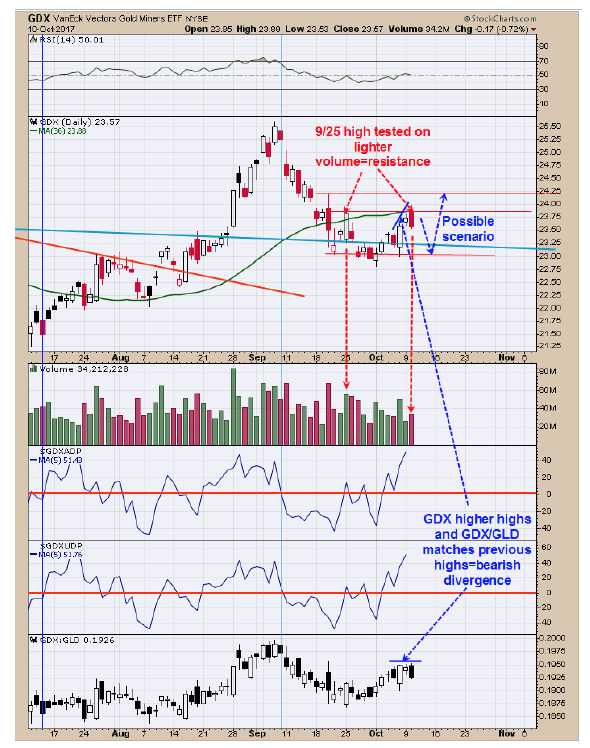 Yesterday we said, “The bottom window is the GDX/GLD ratio which closed below its previous high as GDX closed about its previous high and a bearish divergence.  If this bearish divergence carries on it could stall the GDX rise. We have two possible upside targets which are the September 25 high which is 23.87 (all most there) and the September 20 high of 24.20 which  was a high volume day and most high volume days high are tested at some point.   If the September 20 high volume day’s high is tested on light volume would suggest resistance and a short term bearish sign.”  Today GDX tested the September 25 high on lighter volume and back away and GDX/GLD ratio matched its previous high while GDX made higher high both of which are divergences.  A possible area of support will be the October 6 low of 23.00.  This scenario may change and condition change in the market. Sold long GDX on 10/10/17 at 23.57=gain of 2.34%.  Long GDX on 10/2/17 at 23.05.