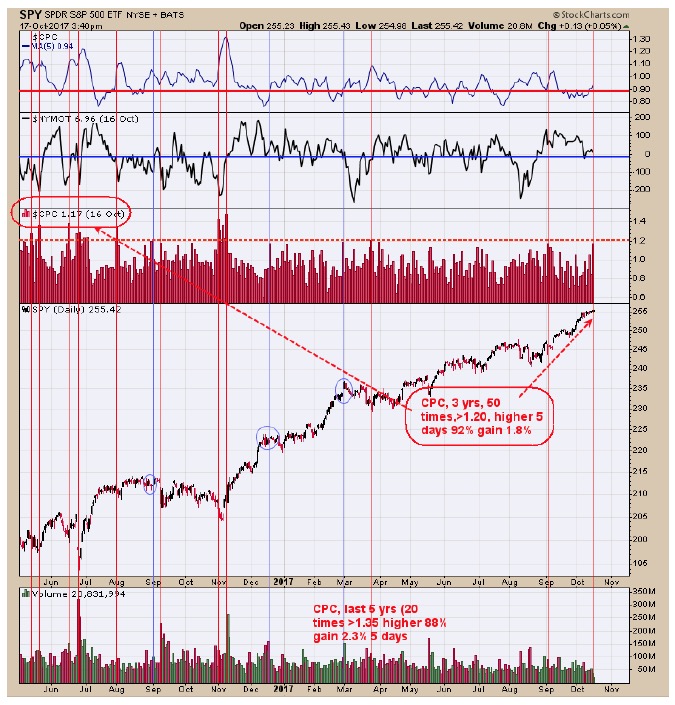 The Total put call ratio (CPC) closed yesterday at 1.17.  Total put call ratio (CPC) closing at 1.20 and higher predict market will be higher 92% of the time in the next five days with an average gain of 1.8%. On the chart above we market with red vertical lines the times the CPC closed at 1.20 and higher.  The blue vertical lines show the failures.  True that CPC didn’t close above 1.20 yesterday but 1.17 does lean to the bullish side.  The RSI study we did yesterday supports the CPC prediction. Long SPX on 10/6/17 at 2557.64. 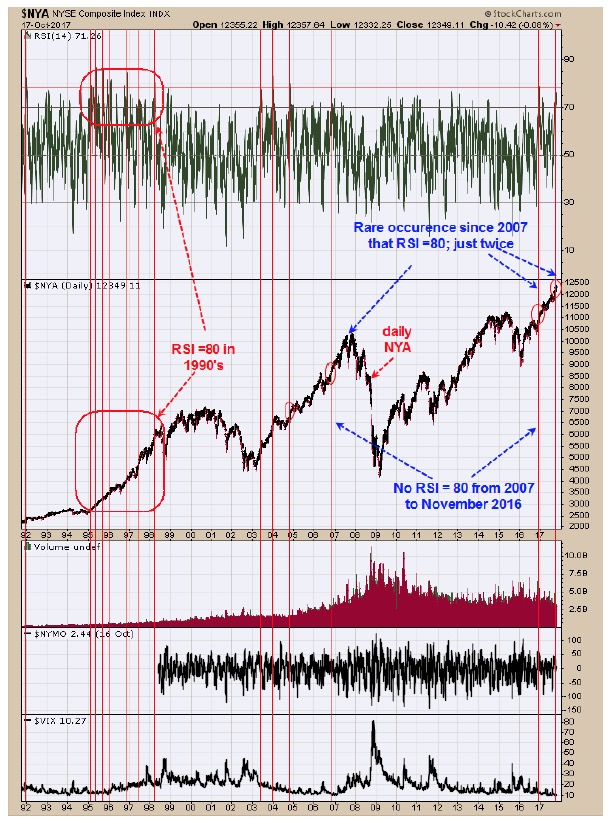 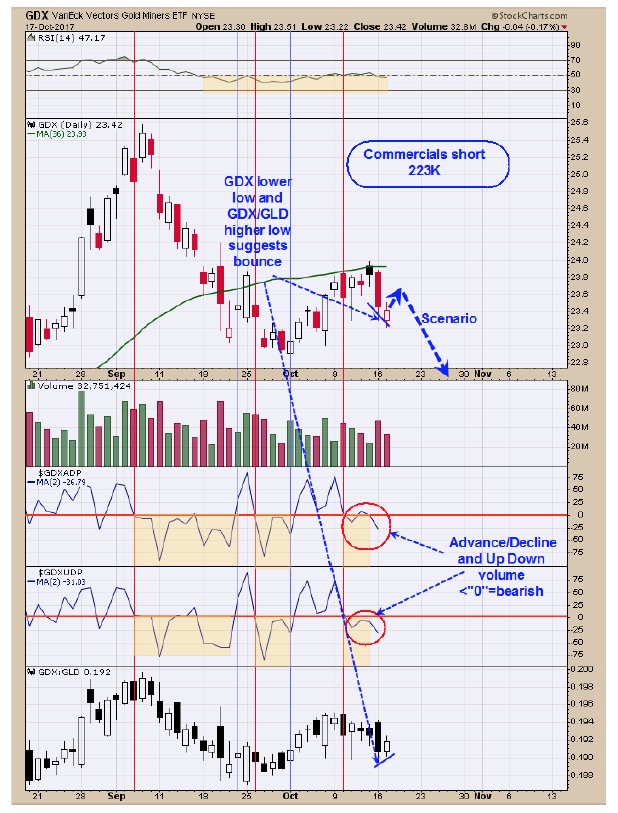 The GDX rally into early last week showed both the 2 day average of the Advance/Decline and Up Down Volume indicators falling below “0” in a bearish manner.   Yesterday’s decline pushed these two indicators further below “0” and remains bearish for now.  Today GDX made a lower low and GDX/GLD ratio made a higher low and closed above yesterday close suggesting GDX could bounce here.  However bounce is not expected to last long, maybe a day or two as the picture remains bearish.  The Commercials (Smart money) remain short 223K contracts which is bearish for gold. Short GDX 10/13/17 at 23.84