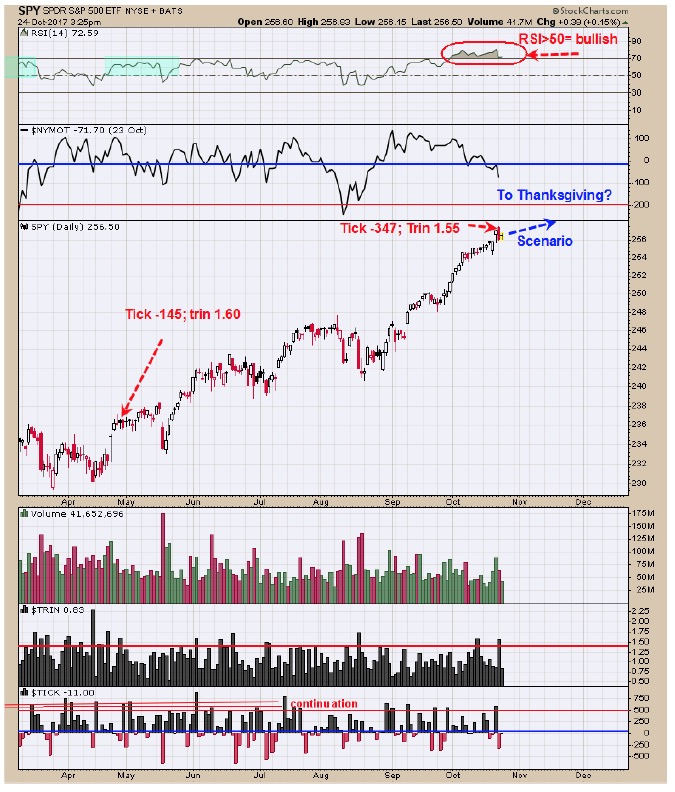 Yesterday the Tick closed at -347 and the TRIN at 1.56 which is a bullish combination.  The last time the market was near a high and the Tick and Trin closed near the current levels came on April 27, 2017 and the market staggered higher for another three weeks.  It common for the market to produce high or lows around holiday’s and the next holiday is Thanksgiving November 23 which is about four weeks away and could be the time where market could take a rest. Long SPX on 10/6/17 at 2557.64. 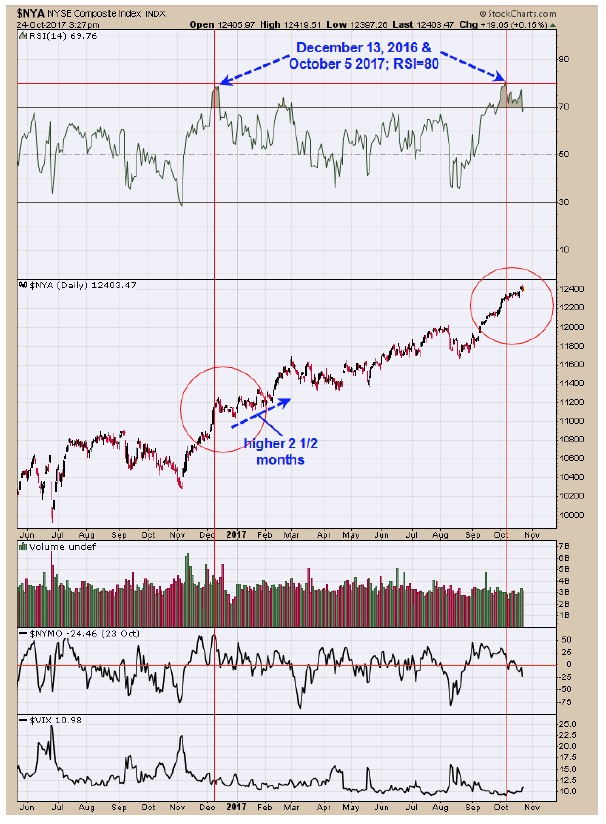 Above is the NYSE chart going back to mid 2016’s and shows the last time (time before the RSI reached 80 on 10-5-17) when the RSI reached 80 which was December 13, 2016.  The December 13 RSI reading of 80 did slow the advance but in general market still moved higher into March, two and half months later.  We did studies going back to 1990’s and when the RSI reached 80 markets stalled in some cases but was never (never say never when market is in same sentence)  a worthwhile top.  In most case the market staggered higher for at least six weeks and some cases, much longer. Markets weaken before they reverse and so far the only minor weakness was seen yesterday.   If market is making a top here, it will test and retest the recent high.  There where several tops formed about six weeks later after an RSI reading reaching 80 and that would put a top around Thanksgiving time.  Its also common that tops and bottoms form around holiday’s making Thanksgiving an important timeframe. 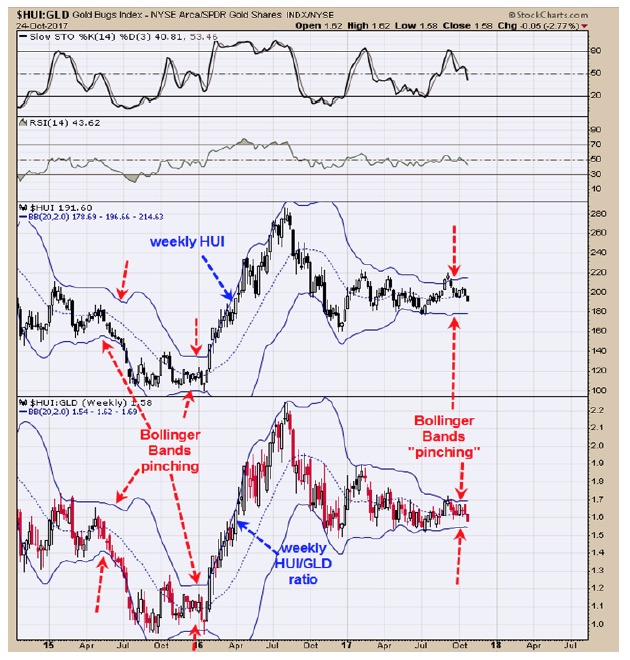