The aerospace industry ($DJUSAS) has recently caught fire once again and it's worth noting - not only from an absolute perspective, but also from a relative strength standpoint. Each pullback over the past 5-6 weeks has been met with buying at the 20 day EMA, a bullish development. You can see below that had not been the case throughout most of 2019: 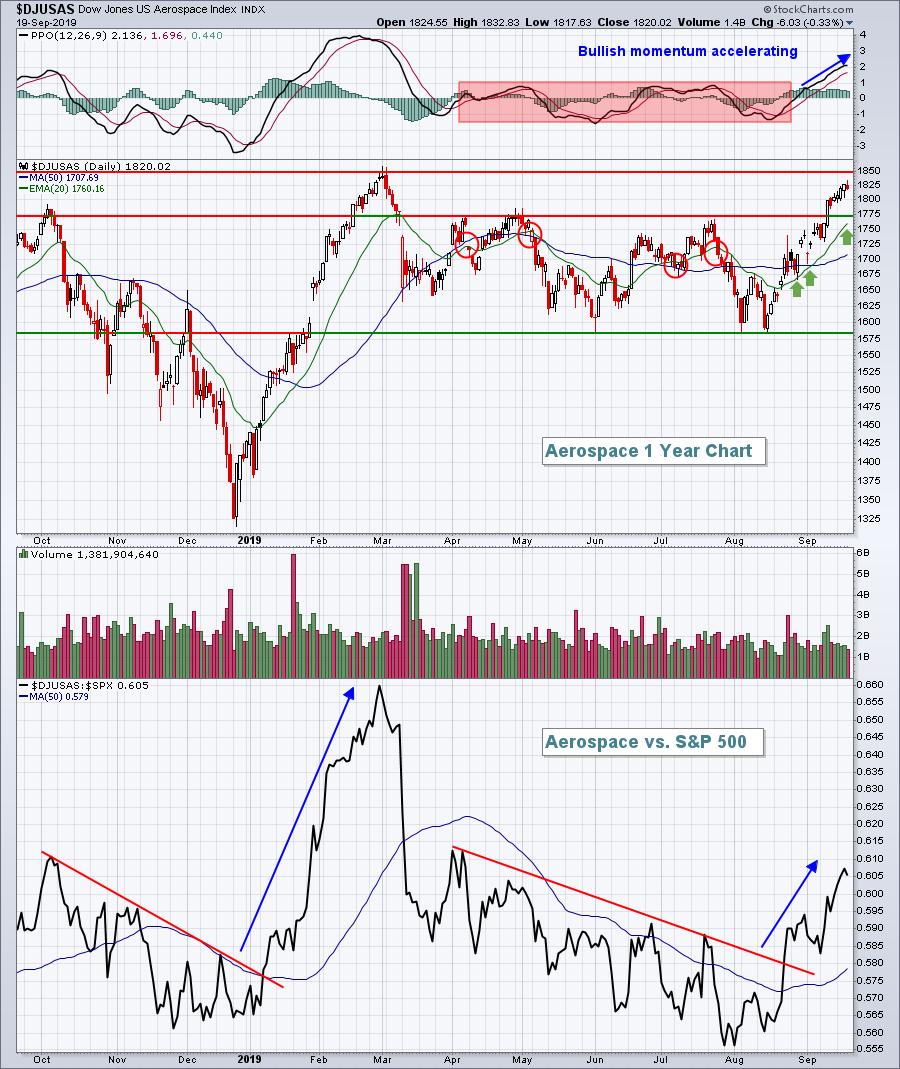 The red shaded area illustrates the lack of momentum in either direction for 5 months. Also, the bottom price panel shows that aerospace was an awful performer relative to the benchmark S&P 500. That changed in August with the relative breakout and now we're seeing a very solid move to the upside. The PPO is clearly the strongest it's been at any point during 2019 and, like I mentioned earlier, the DJUSAS is finding buyers at important 20 day EMA tests. I'd like to see that price breakout above 1850. Everything else is currently pointing higher.

I had a lengthy analysis yesterday via my Daily Market Report, primarily discussing the impact of the Fed's latest policy statement. I'm making this daily report available to everyone this week. If you'd like to check it out, CLICK HERE.

Also, the developments since Wednesday's Fed meeting are significant enough that I've decided to host an impromptu webinar for tomorrow to discuss the potential Q4 ramifications. We will be sending out instructions to join the webinar to the entire EarningsBeats.com community. If you're interested, please subscribe to our FREE EB Digest newsletter. I'll make sure that webinar instructions are sent out to that entire group tomorrow morning before the event. Thanks!