There are two sides to every coin. Similarly, I can look at the market from an optimistic or pessimistic perspective. Each provides different answers as we look into June 2021.

The first reason to be bullish is as simple as it gets. We're in a secular bull market, which typically takes no prisoners. Bet against it at your own peril. The trade war didn't stop it. A 100-year pandemic couldn't stop it. Now treasury yields are rising as inflationary concerns arise. Go ahead, bet against the bulls. In the end, I believe you'll lose.

Secular bull markets are long-term bull markets. Sure, the stock market will sell off from time to time, but perfect timing is hard to come by. The following 100-year chart on the S&P 500 says to hang on and ignore the naysayers - just like it has said for the past 8 years since the S&P 500 cleared its 2000 and 2007 tops:

The trade war and the pandemic are nothing more than blips on an otherwise wildly bullish chart. If history is any guide, the asset class rotation to U.S. equities is still in the fairly early stages. Yes, scary stuff will happen and we'll have to take a deep breath, but overall, history says to hang on tight.

That's the long-term story that I believe is important to keep in mind as you read shockingly bearish headlines in the media.

Now let's talk short-term. Here we are in June, a month that typically is not kind to bulls. Things tend to slow down in the summer and our expectations absolutely should be lowered, because history tells us to lower the bar. But I do want to point out that there are periods throughout the summer that are kind to investors. We still have money flows that support higher prices at the beginning, middle, and end of June - with profit taking periods in between. This pattern is similar to monthly periods throughout the year. In my June Seasonality Report to EarningsBeats.com members last night, I pointed out the following S&P 500 annualized returns for June, broken down by different periods within the month:

We're in a bullish period that could very well result in another breakout in our major indices. It's difficult to paint a bearish picture when prices are rolling to new highs.

We haven't seen those breakouts. As long as price is contained beneath recent highs, the more likely scenario involves sideways consolidation, or worse yet, outright selling. The U.S. stock market remains held back by growth stocks as can be seen in the IWF:IWD and QQQ:SPY ratios: 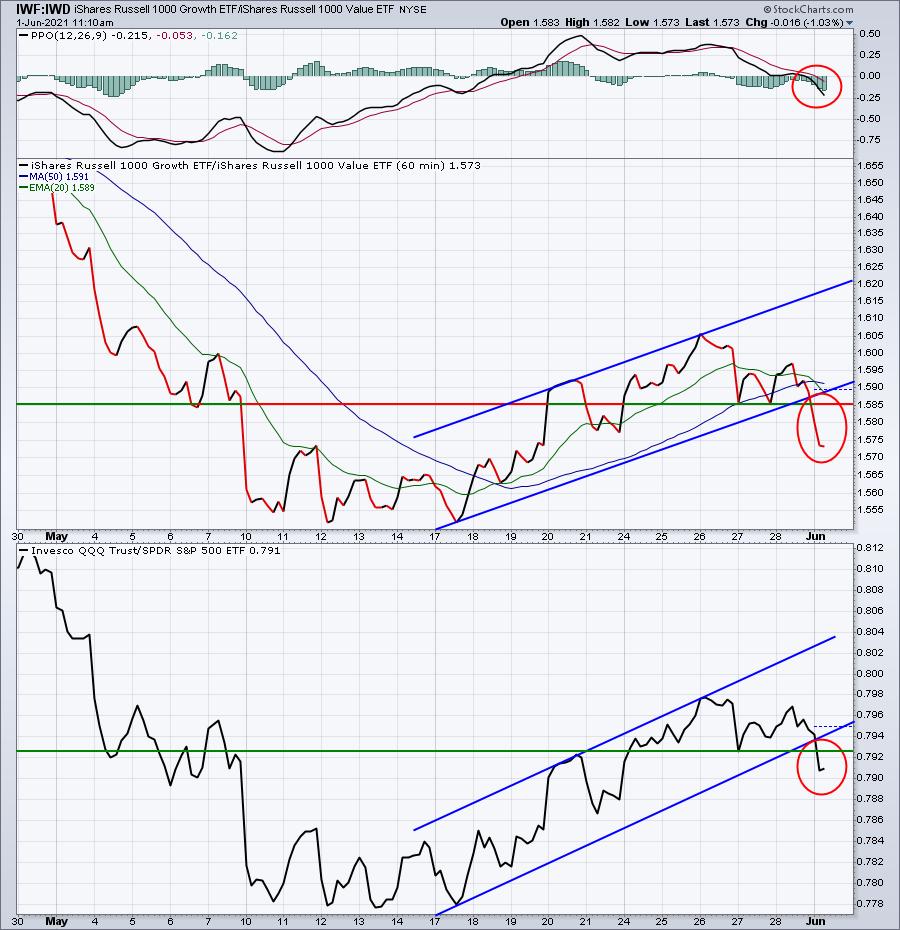 Check out that relative PPO turning back down beneath the centerline. Also, uptrend channels on both ratios have broken down today.

Spiking inflation hurts growth stocks and we'll be seeing fresh new CPI and PPI reports on June 10th and June 15th, respectively. Those will spook the stock market further, leading to more selling during June. This will only add to the historical relative performance experienced by technology (XLK): 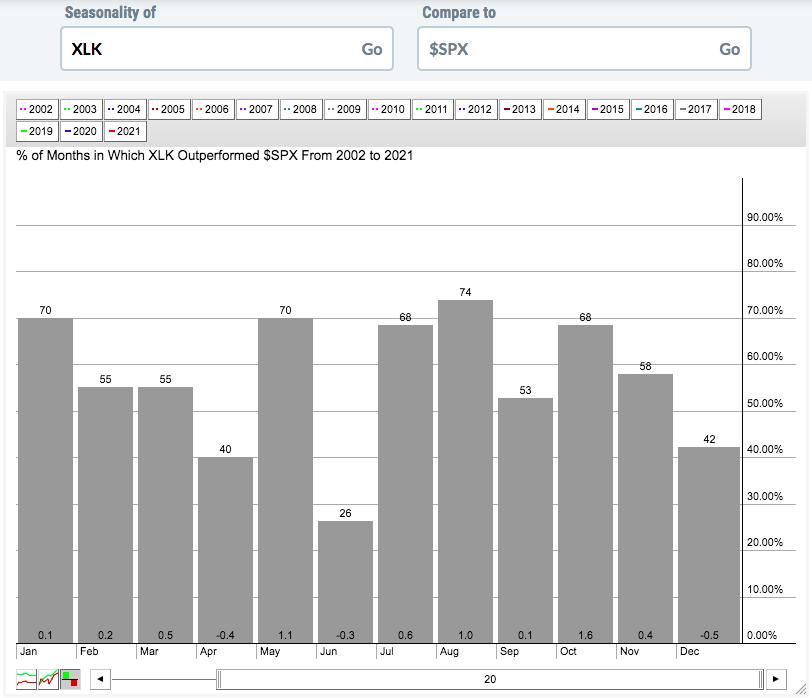 The XLK has outperformed the benchmark S&P 500 only 26% of Junes this century. That's a problem. Are we truly going to see a big move higher in the S&P 500 with inflationary reports on the horizon and a history of June underperformance by technology to boot?

I completely understand both arguments, which is why I'd exercise caution throughout this month. We're beginning the third month of a calendar quarter and those have historically been the most challenging. While anything is possible, history tells us that technology suddenly flipping a switch and becoming bullish in June isn't the most likely scenario. Without technology's leadership, it makes it much more difficult for the benchmark S&P 500 to gain much ground. Here's the sector breakdown of the SPY: 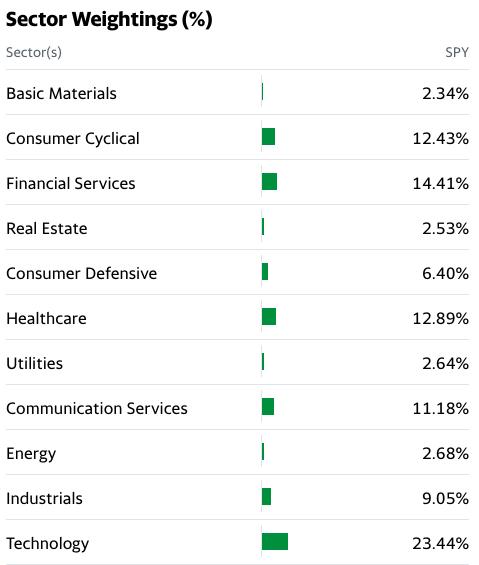 The S&P 500 is represented by technology at more than 23%, easily the most heavily-weighted sector. The QQQ is going to have difficulty outperforming the SPY any time soon, given its sector breakdown weights technology much heavier: 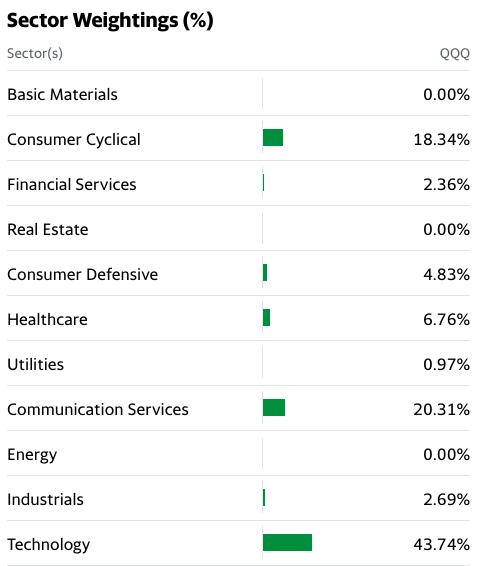 Technology's weighting in the NASDAQ 100 is nearly double that of the S&P 500. That's a problem based on the discussion above and the historically-challenging period ahead.

At EarningsBeats.com, we pride ourselves on the best research, education, and market guidance platform anywhere. From now through June 15th, we're running our Spring Special, our best deal of the year, where you can save up to 52% off membership pricing. To take advantage, first start your no-cost, 30-day trial HERE!