In the FOMC policy statement, Bernanke signaled that the Fed is prepared to leave interest rates near zero until at least mid 2013. Say what? Bernanke must have one heck of a crystal ball to forecast interest rates so far in advance. The prospect of low rates just reinforces the Fed's view of a weak economy. Also note that there were two dissenters on the FOMC. In any case, the prospects of perpetually low interest rates pushed money into stocks because stocks are the only place investors can expect a positive return. Forget about money market, savings deposits or bonds. Despite the big bounce in stocks, the short-term trends are still down. At this point, I just consider this an oversold bounce. Volatility remains high as the Dow swung over 600 points from its low to its close. There is a big brawl raging between bulls and bears for the short-term trend. Getting in the middle of such a brawl is a dangerous game. For the major index ETFs, I am simply marking key retracement zones for potential support. The 38.2% retracement marks the first resistance level (~120) to watch on SPY. We could see resistance here and another test of the lows. 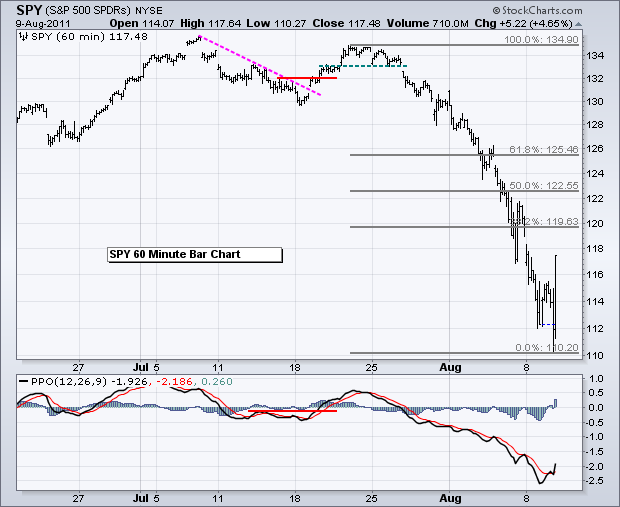 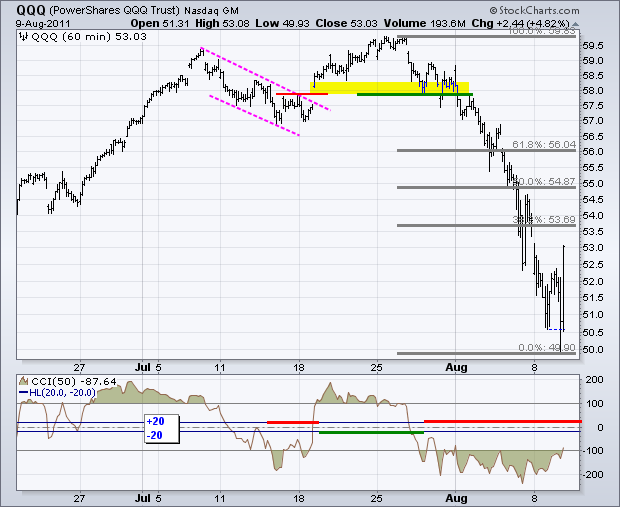 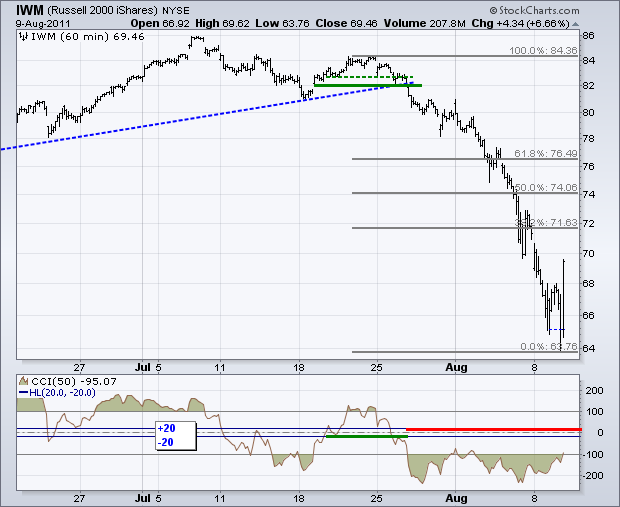 It was a wild day in the bond market as well. The 20+ year Bond ETF (TLT) surged above 109 intraday, but closed below 106 as stocks surged in the final hour of trading. TLT remains in an uptrend, but bonds would be vulnerable if stocks continue to rally. I am marking first support around 102. Also note that the Euro turned up and is on the verge of a breakout, which would also weigh on bonds. 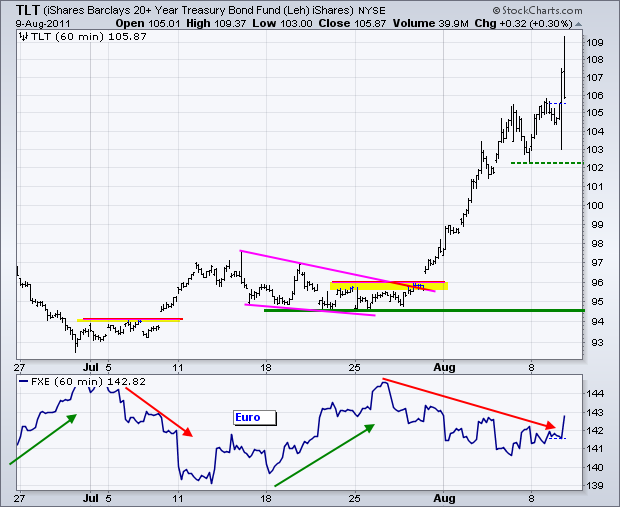 The US Dollar Fund (UUP) got hit hard after the Fed statement on Tuesday. This is hardly surprising because the Fed has all but abandoned a strong Dollar policy. Continued low interest rates and easy money are bearish for the greenback. UUP broke below the late July trendline and hit support at 21.03 in the afternoon. A break down looks likely with resistance at 21.30. Be careful here. The Euro is still the next ugliest currency out there. 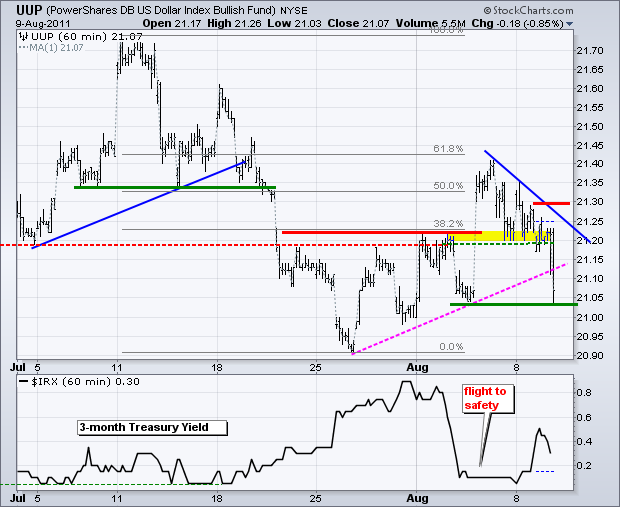 The 12-Month US Oil Fund (USL) remains in the same boat as stocks. After becoming oversold, USL bounced back above 37 on Tuesday. At this point, I will just put on the Fibonacci Retracements Tool to mark potential resistance levels for this oversold bounce. Low interest rates do not guarantee economic growth, which is necessary for a pick up in oil demand. 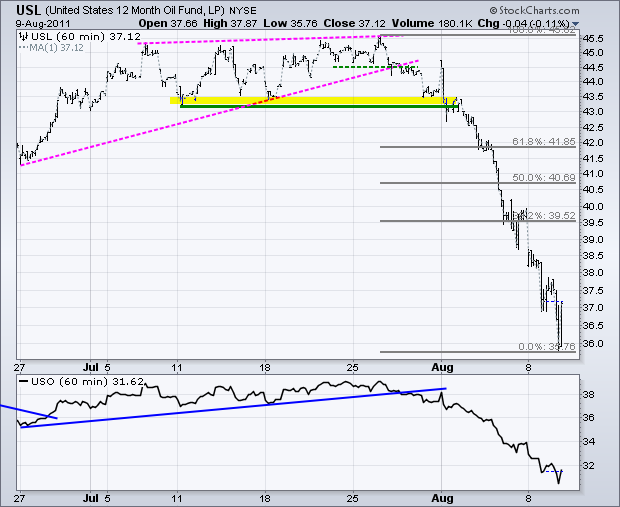 Gold remains overbought, but still the only bull game in town (outside the Yen and Swissie).  The Gold SPDR (GLD) is overbought after another big move, which could give way to choppy trading in the coming days. Key support remains at 159. 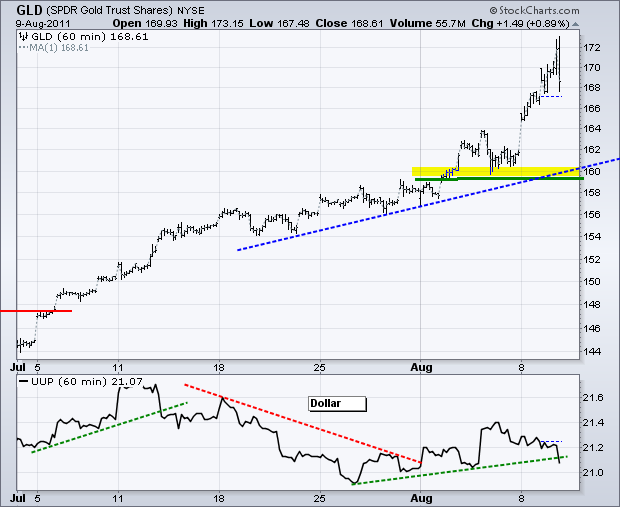