There is not much change overall. Stocks remain in strong uptrends with no signs of selling pressure. The S&P 500 ETF (SPY) surged above the upper trendline of a rising channel. There are two trends at work on this 60-minute chart. First, the rising channel defines an uptrend since late January. This uptrend actually began on December 19th. Second, the swing within this uptrend is up and defined by the pink trendline. First support is set t 139.4 and a break below this level would reverse this seven day upswing. Broken resistance in the 137-138 area mark the next support zone. 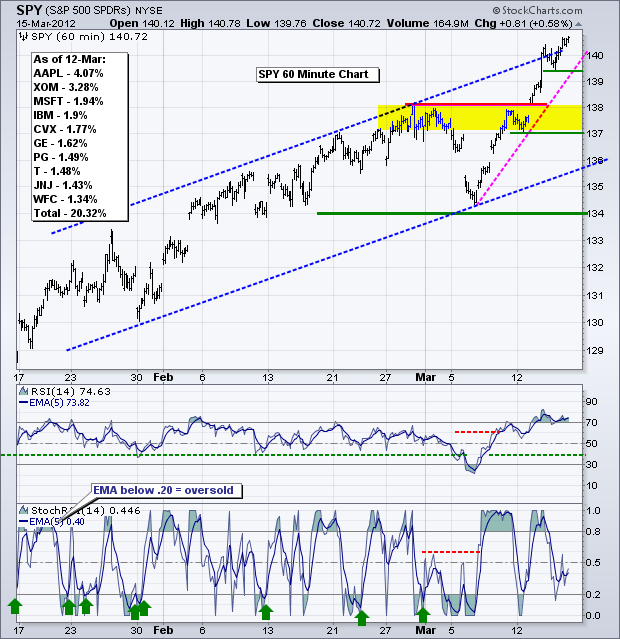 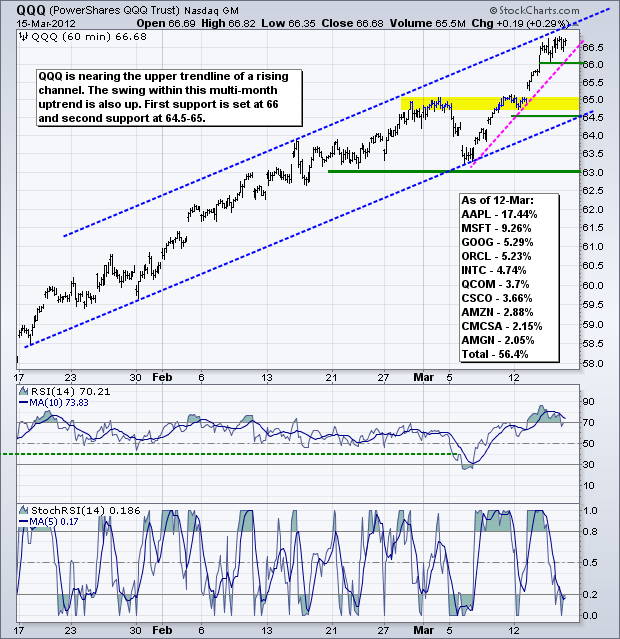 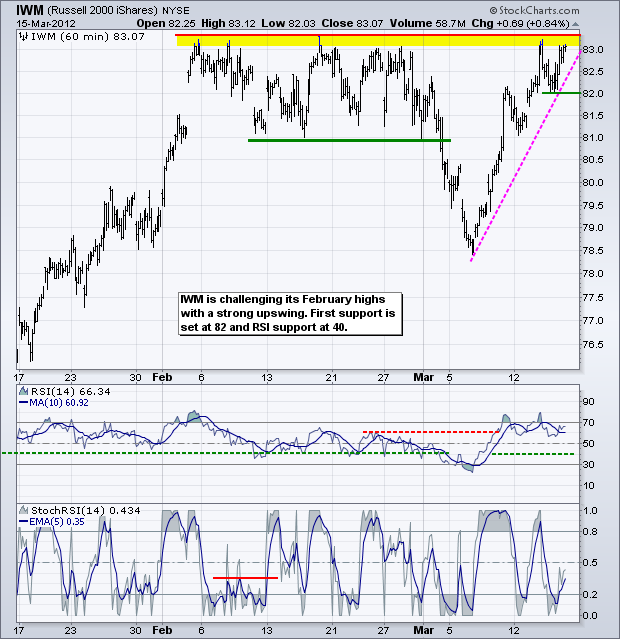 No change. The 20+ Year T-Bond ETF (TLT) broke support at 116 late last week and fell around 5% the last 3-4 days. Even though the ETF is already short-term oversold, this is a big breakdown on the daily chart and TLT could become even more oversold. Only a shock to the economy or job growth will stem this slide. Broken support in the 114.5-115 area turns into the first resistance zone to watch. 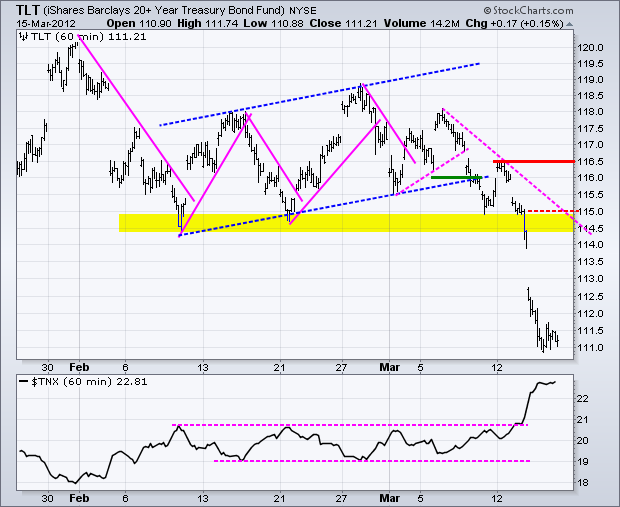 No change. Rising interest rates and the prospects of a less accommodative Fed propelled the Dollar above resistance from the February high. In just two weeks, the US Dollar Fund (UUP) went from a failed support break to a resistance break. Talk about strong. Broken resistance and this week's low mark first support in the 22.20 area. 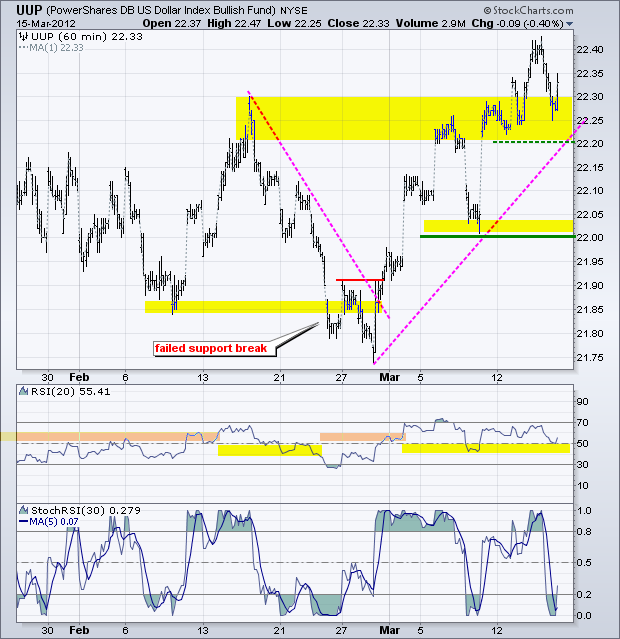 Even though the stock market is surging, oil remains under pressure and continues to underperform the S&P 500. Overall, the US Oil Fund (USO) has been working its way lower with a falling wedge since late February. This could be just one big corrective pattern and a breakout at 41.1 would signal a continuation higher. For now, the trend is down with a series of lower lows and lower highs the last few weeks. RSI resistance is set at 60. 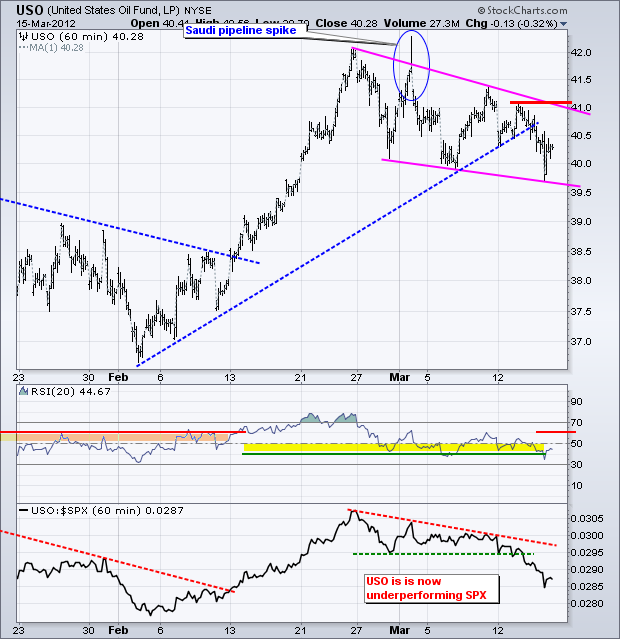 The Gold SPDR (GLD) remains in a downtrend with a possible falling wedge taking shape. I point out this pattern because the daily chart shows GLD retracing 61.80% of its prior advance and potential support coming into play from the mid December high (broken resistance). The trend is down as long as the wedge falls. First resistance is set at 162 and key resistance at 165 for now. 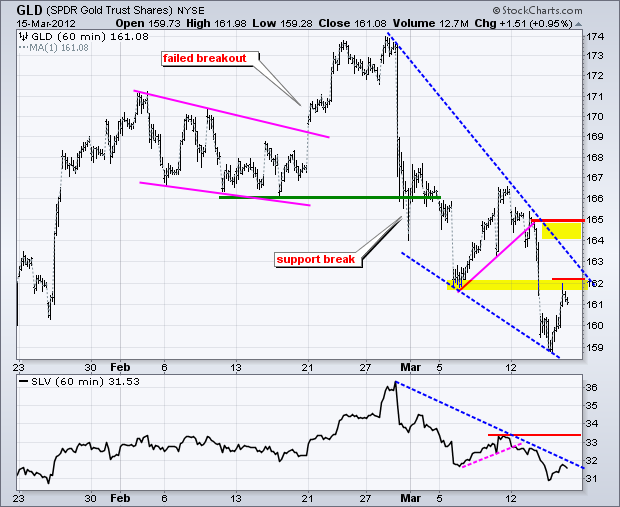