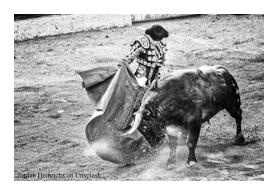 The S&P 500 and SPY are challenging their August highs again and large-cap breadth is stronger than breadth in mid-caps and small-caps. Since we seem to be on a day-to-day situation with the S&P 500 and this trading range, I will provide another short-term breadth update. After a mild decline on Tuesday, stocks recovered on Wednesday with strong upside breadth in the S&P 500. Upside breadth was modestly strong in the S&P Mid-Cap 400 and weak in the S&P Small-Cap 600. What else is new! 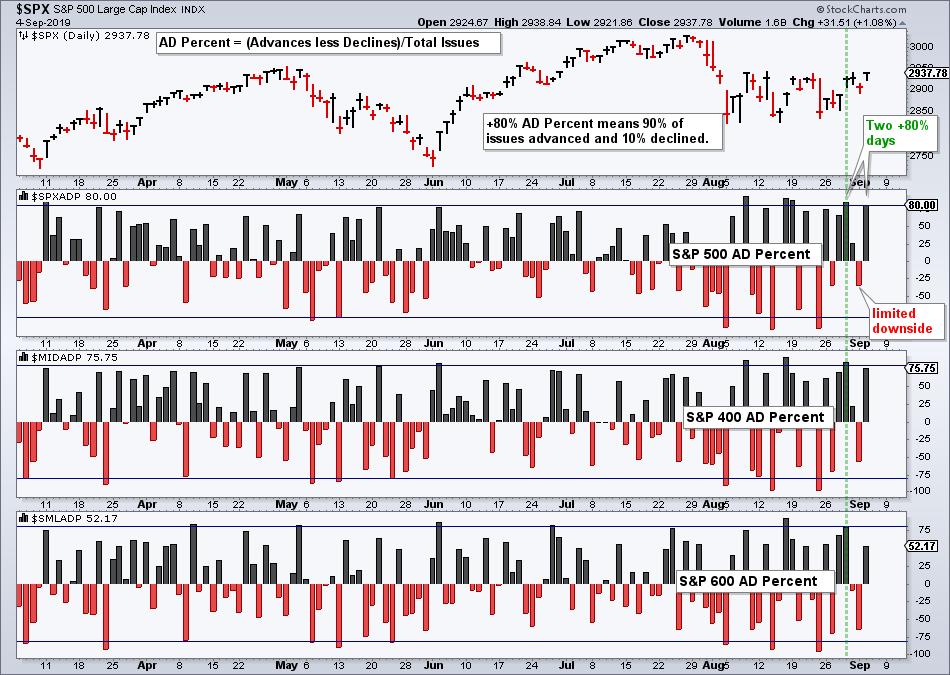 The chart above shows S&P 500 AD Percent ($SPXADP) hitting +80% for its second bullish breadth thrust in four days. S&P MidCap AD Percent ($MIDADP) fell just short of the +80% threshold with +75.75% and S&P SmallCap AD Percent ($SMLADP) barely cleared midfield with a +52.17% reading. Once again, large-caps are still the place to be.

Adding Volume to the Mix

The next chart shows Up/Down Volume% for these same indexes. All three exceeded -80% on August 23rd for a triple 80% down day, and this was the last double/triple signal. The red lines mark double or triple 80% down days, while the green lines mark double or triple 80% up days. I prefer Up/Down Volume% over total volume because the former quantifies the "net" in-flows. Up volume represents buying pressure (accumulation), while down volume represent selling pressure (distribution). 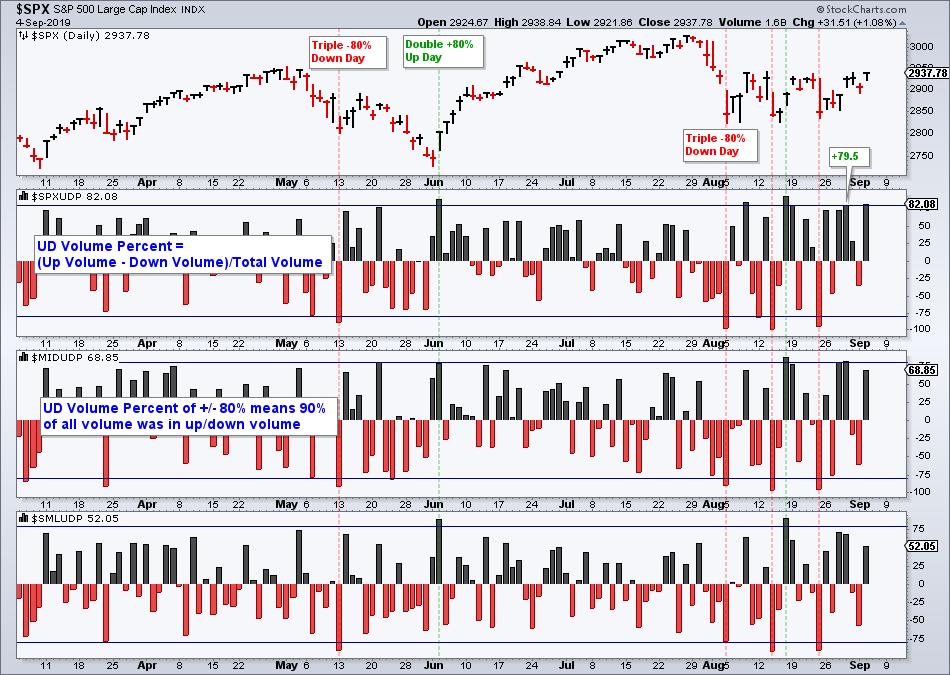 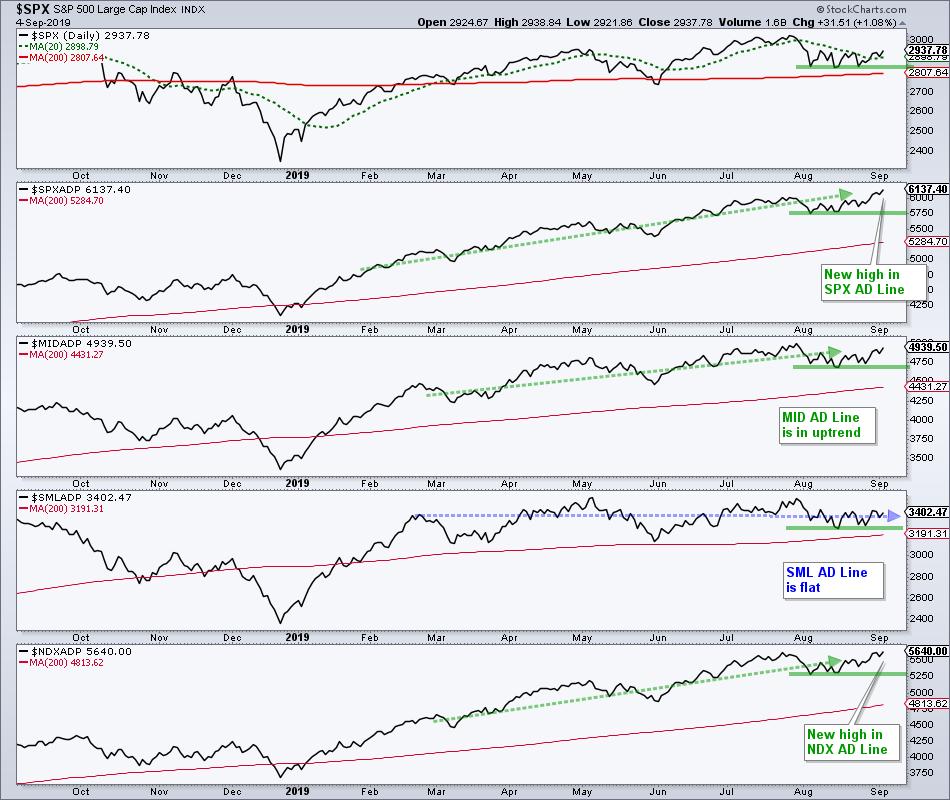 The AD Lines for the S&P 500 and Nasdaq 100 hit new highs in late August and early September. The mid-cap AD Line is close to a new high and the S&P Small-Cap 600 AD Line is range bound. The solid green lines mark the August lows and the trouble starts if/when these AD Lines start breaking these lows. 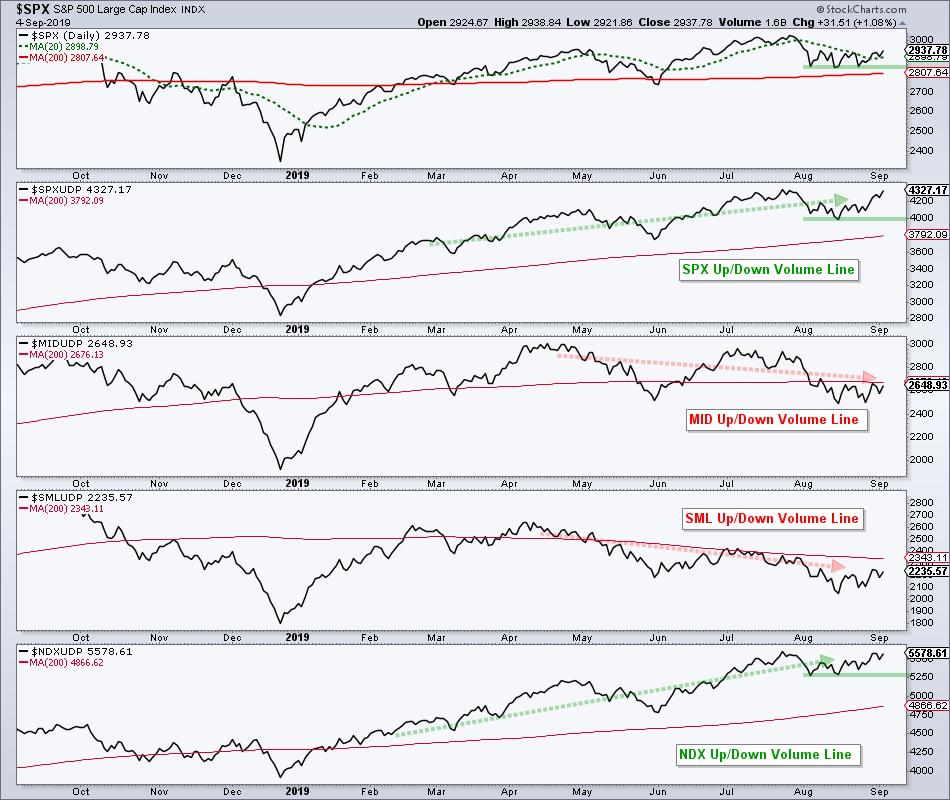 As the chart above shows, accumulation days are winning the battle in the S&P 500 and Nasdaq 100 because their Up/Down Volume Lines are rising. Distribution is winning in the S&P Mid-Cap 400 and S&P Small-Cap 600 because their Up/Down Volume Lines have been falling since April and are below their 200-day SMAs. Again, the solid green lines mark the August lows for the Nasdaq 100 and S&P 500 AD Volume Lines. The bulls have a clear edge until distribution is strong enough to push the AD Volume Lines below their August lows. 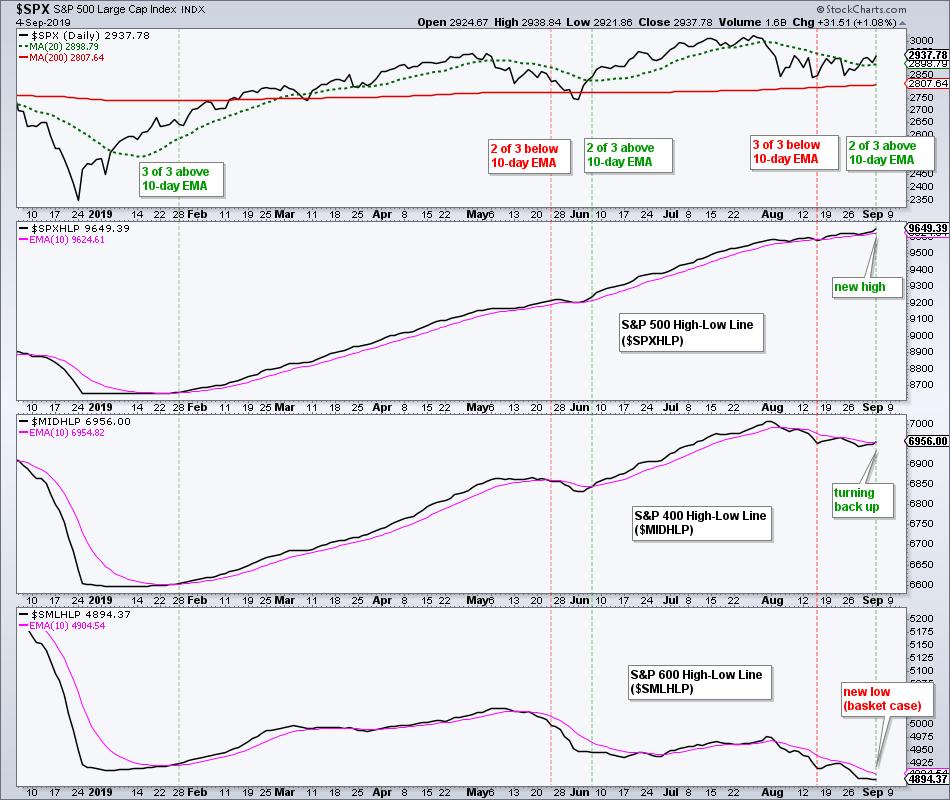 Putting it All Together

We have three line-based breadth indicators for three indexes: AD Line, Up/Down Volume Line. High-Low Line, S&P 500, S&P Mid-Cap 400 and S&P Small-Cap 600. I included the Nasdaq 100 with the AD Line and Up/Down Volume Line charts, but usually do not include it for my broad market assessment because 85 Nasdaq 100 stocks can also be found in the S&P 500. This would be double counting.

The S&P Mid-Cap 400 is mixed, but looking better this week. The AD Line is trending higher and near a new high, but the Up/Down Volume Line is trending lower and shows distribution. The High-Low Line is the tie-breaker here and it just turned up. While my Index Breadth Model remains net bearish for S&P Mid-Cap 400, further improvement in High-Low Percent could reverse that signal.

The S&P Small-Cap 600 remains bearish. The AD Line has been above its 200-day SMA since late January, but rangebound since May. The Up/Down Volume Line is trending lower and shows distribution. The High-Low Line hit a new low as new lows continue to outpace new highs.

Interested in breadth charts? All the charts above, and more, can be found in the Art's Charts ChartList (here). You can open these charts to see the settings, copy them to one of your ChartList or simply scroll through all 24 breadth charts.