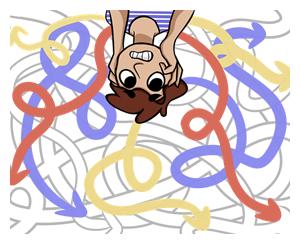 Several of the Sunday Setups were hit hard on Tuesday as selling pressure hit the Finance, Industrials and Materials sectors quite hard. Five of the eleven stocks came from these sectors (PFG, USB, HON, FAST and PKG). Nine of the Eleven are down over the last two days. KMX and MAX are the only two holding up right now. FBHS and ORCL are down fractionally (-.15% and .54%) and still in play. HZNP fell sharply, but remains above support. CERN fell modestly, but never broke out to put the bullish setup in play.

Plan and process are vitally important. We need a process to find entries, a plan before taking a trade and a process/plan to follow once the trade is active. Making decisions on the fly is a dangerous game because emotions come into play in the heat of the moment. Traders should consider their timeframe, position size, stop and profit target ahead of time. Traders should then develop a process for monitoring and taking action. Process, process, process. You must decide for yourself if you want to use intraday prices or closing prices and how you want to monitor prices.

Personally, I am an end-of-day trader and focus on closing prices. This is the key question after an entry: Is the rationale for taking the trade still valid? A decline that negates the setup or triggers a stop-loss calls for action on my part. I can either exit on the next open or set a stop just below the close of the day to see if the one-day hit was simply an over-reaction. A decline that does not negate the setup, holds support and/or does not trigger the stop does not warrant any action.

The first chart shows USB failing to break out and breaking below flag support with a sharp decline. The second chart shows PFG failing to hold its flag break and moving below last week's low. The rationale for taking the trade has clearly been invalidated. Move on.

The next chart shows Fastenal (FAST) falling below last week's low and testing support in the 31 area. The upturn off support failed and the bigger wedge breakout is being tested. The rationale for taking the trade is under threat. A move below the 200-day would complete the failure.

The next chart show Honeywell (HON) failing to hold its wedge/pennant breakout with a decline below last week's low. The rationale for taking the trade has been invalidated.

Cerner (CERN) is still a setup in the making and requires a channel breakout to trigger.

Horizon Therapeutics (HZNP) fell below last week's low to test first support. The mid September (closing) lows mark a clear support zone and a move below 26 would be negative. The rationale is under threat.

The two stocks in the housing group held up relatively well and the rationale remains valid. Fortune Brands (FBHS) closed lower on Tuesday, but the breakout is largely holding and 52 is the first level to watch.

Masco (MAS) closed slightly higher on Tuesday and remains in an uptrend. 40 is the first level to watch.

Carmax (KMX) closed higher on Tuesday and the setup remains valid. A close below 84 would call for a re-evaluation.

The rationale for Oracle (ORCL) was that the stock was bouncing off support and showing short-term relative strength. The support bounce is still working and I would re-evaluate on a move below 53.

Packaging Corp of America (PKG) fell sharply and is testing the late September closing low. A close below 102 would warrant a re-evaluation.