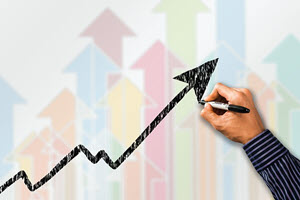 Dow Theory applies the principle of confirmation to confirm primary trends. Charles Dow used the Dow Industrials and Dow Transports to confirm the primary trend for the broader market. The primary trend is up, and confirmed, when the Industrials and Transports both exceed their prior highs and record higher highs. A non-confirmation occurs when one Average falls short and does not confirm the higher high in the other. Chartists can extend this concept of confirmation to the key sectors in the S&P 500 and most key sectors are confirming the recent high.

Before starting the analysis, I would suggest using the equal-weight versions of the S&P 500 SPDR (SPY) and the sector SPDRs. The S&P 500 and the sector SPDRs are largely weighted by market-cap and dominated by the biggest stocks. In fact, AMZN, MSFT, GOOGL, AAPL and FB account for around 18% of SPY. Furthermore, the top ten stocks account for 25%, while the top 50 stocks account for 52%. This means the smaller 450 account for less than half of the index. Even if some equal-weight ETFs are not suitable for trading, they reflect performance for the "average" stock and provide a better representation for the sector as a whole. This is important when making broad market assessments.

For confirmation purposes, I am going to use the S&P 500 EW ETF (RSP) and six of the eleven equal-weight sector ETFs. I am choosing the five biggest sectors because they account for 66% of the EW S&P 500 ETF. I am also including the EW Communication Services because it contains many key stocks (GOOGL, FB, DIS) and is a largely cyclical sector. All told, these six sectors account for over 70% of the EW S&P 500 ETF. 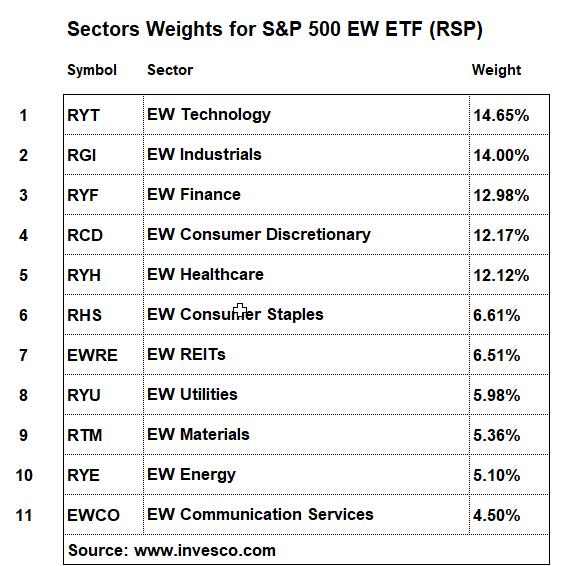 As the chart below shows the S&P 500 EW ETF hit a new high this week and five of the six equal-weight sector ETFs confirmed this high. The EW Consumer Discretionary ETF was the only sector that did not record a new high this week. While a non-confirmation from the Consumer Discretionary is a concern, this concern is more than offset by the confirmation in the other five. The weight of the evidence is clearly bullish here. 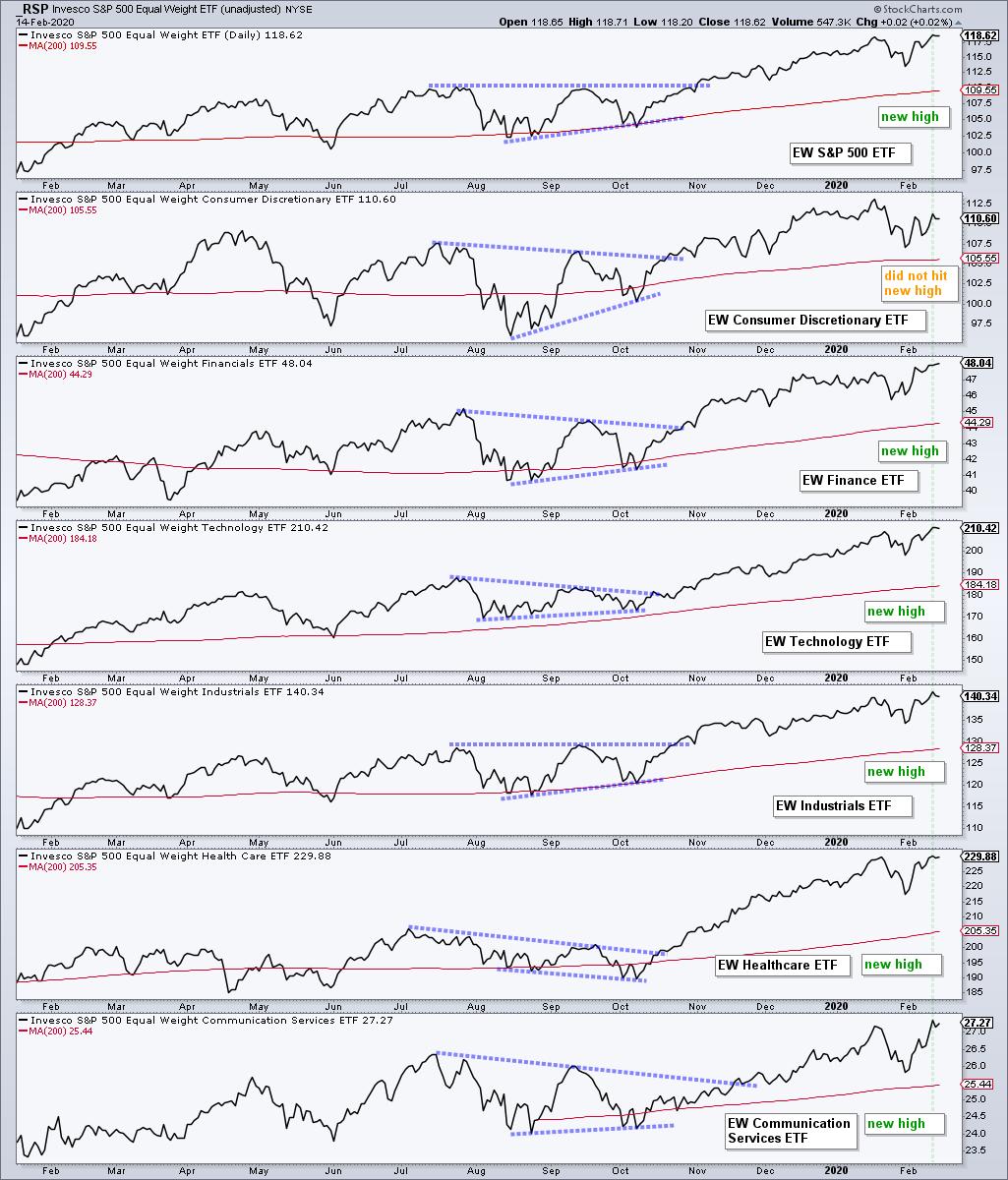 In particular, the EW Finance ETF (RYF) broke above its prior highs this month and is holding above these highs. Elsewhere, the EW Technology ETF (RYT) and EW Industrials ETF (RGI) recovered after mild pullbacks in late January and surged to new highs.

Elsewhere, we also saw new highs in the EW Utilities ETF (RYU), EW REIT ETF (EWRE) and EW Consumer Staples ETF (RHS). This means eight of the eleven equal-weight sectors hit new highs this week. Talk about a firm majority. This shows broad strength within each sector and within the S&P 500.

I am watching the Finance SPDR (XLF), Regional Bank ETF (KRE) and Bank SPDR (KBE) as they hit a moment of truth. We are also monitoring the flag/pennant breakouts from early February and a couple of flags that are flying right now. Subscribe today for immediate access to the weekly ETF report, ETF ranking tables, market timing models, ETF ChartBook, weekend video, Saturday stock setups and more.