On this episode of DecisionPoint, Carl walks viewers through the market and the DecisionPoint indicators on the broad markets, as well as the S&P 400/600  Read More 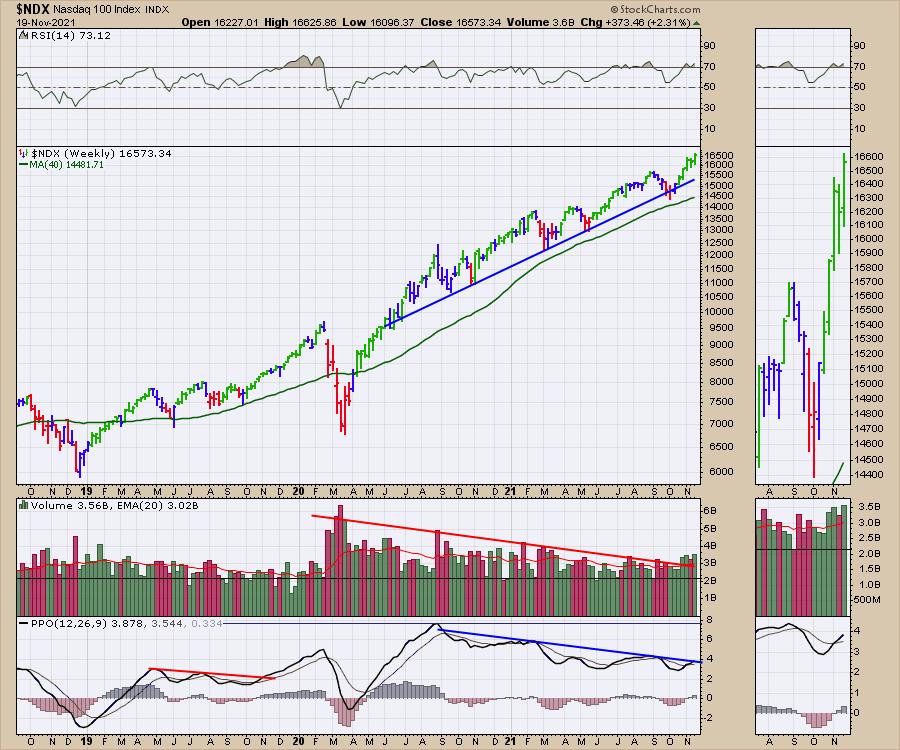 The market had some real weird underpinnings this past week. The Nasdaq 100 and the $SPX closed up, but the $NDX outperformance was almost a complete disconnect from the underlying market of stocks. A stellar jump of 2.3% was the best major index in the world  Read More

At the Edge of Chaos: Back to the Future -- What if the COVID Lockdowns Surge Just as the Fed Starts to Taper?

Does it make sense for the Fed to taper as a "fourth wave of COVID" begins to develop? Welcome to the Edge of Chaos: "The edge of chaos is a transition space between order and disorder that is hypothesized to exist within a wide variety of systems  Read More 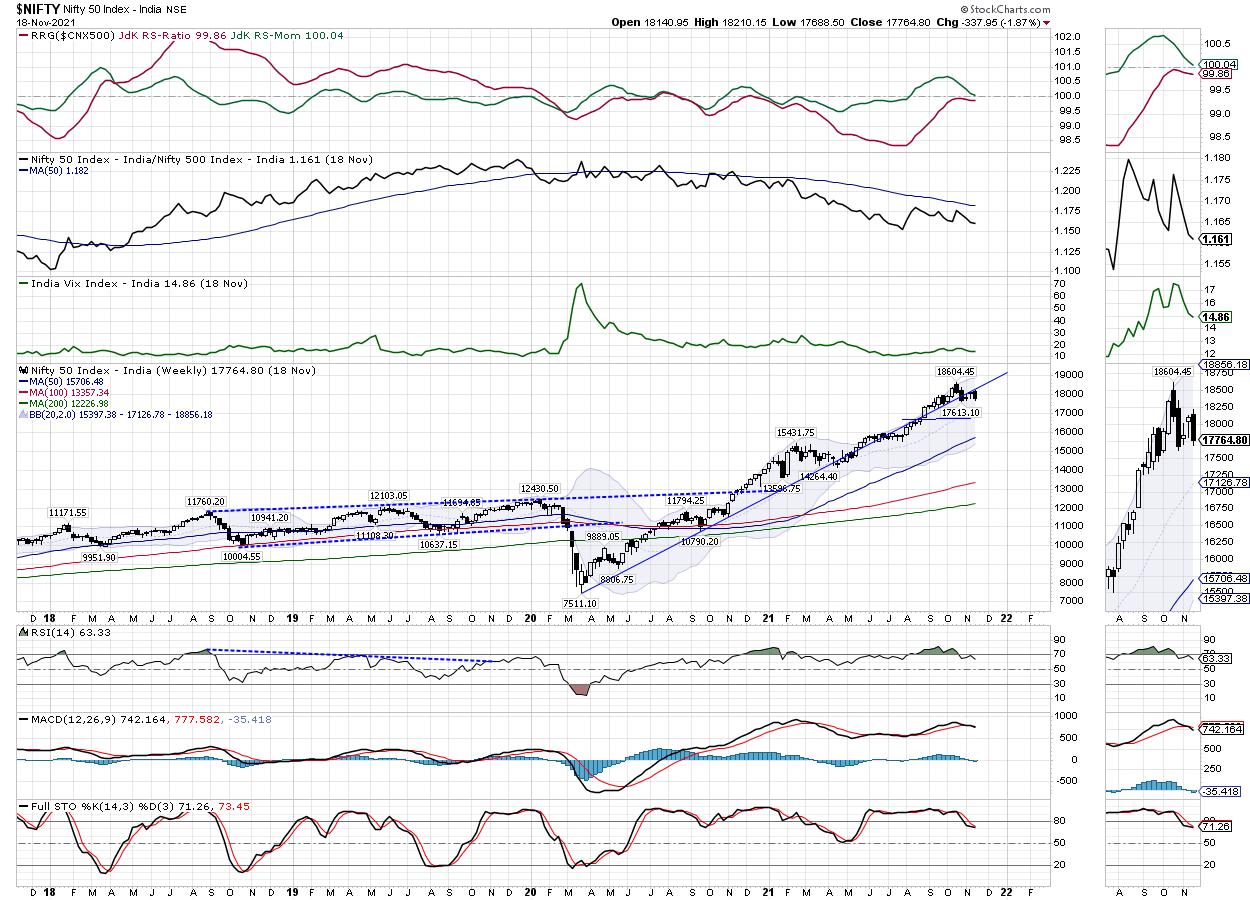 The markets had a truncated week, with Friday being a trading holiday on account of Gurunanak Jayanti. In the four-day trading week, the NIFTY remained in corrective mode and ended on a negative note all four trading days of the week  Read More 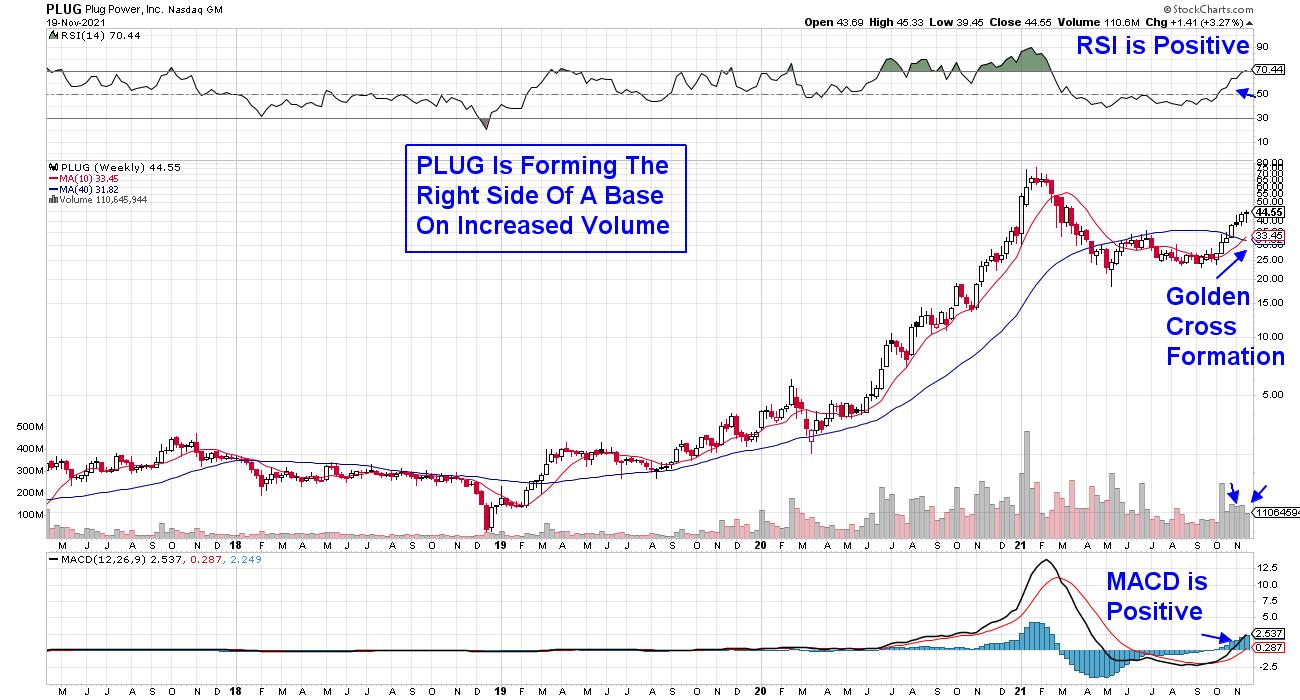 2 Wall Street Upgrades and 1 Activist-Led Shakeup - These 3 Stocks are on the Move! 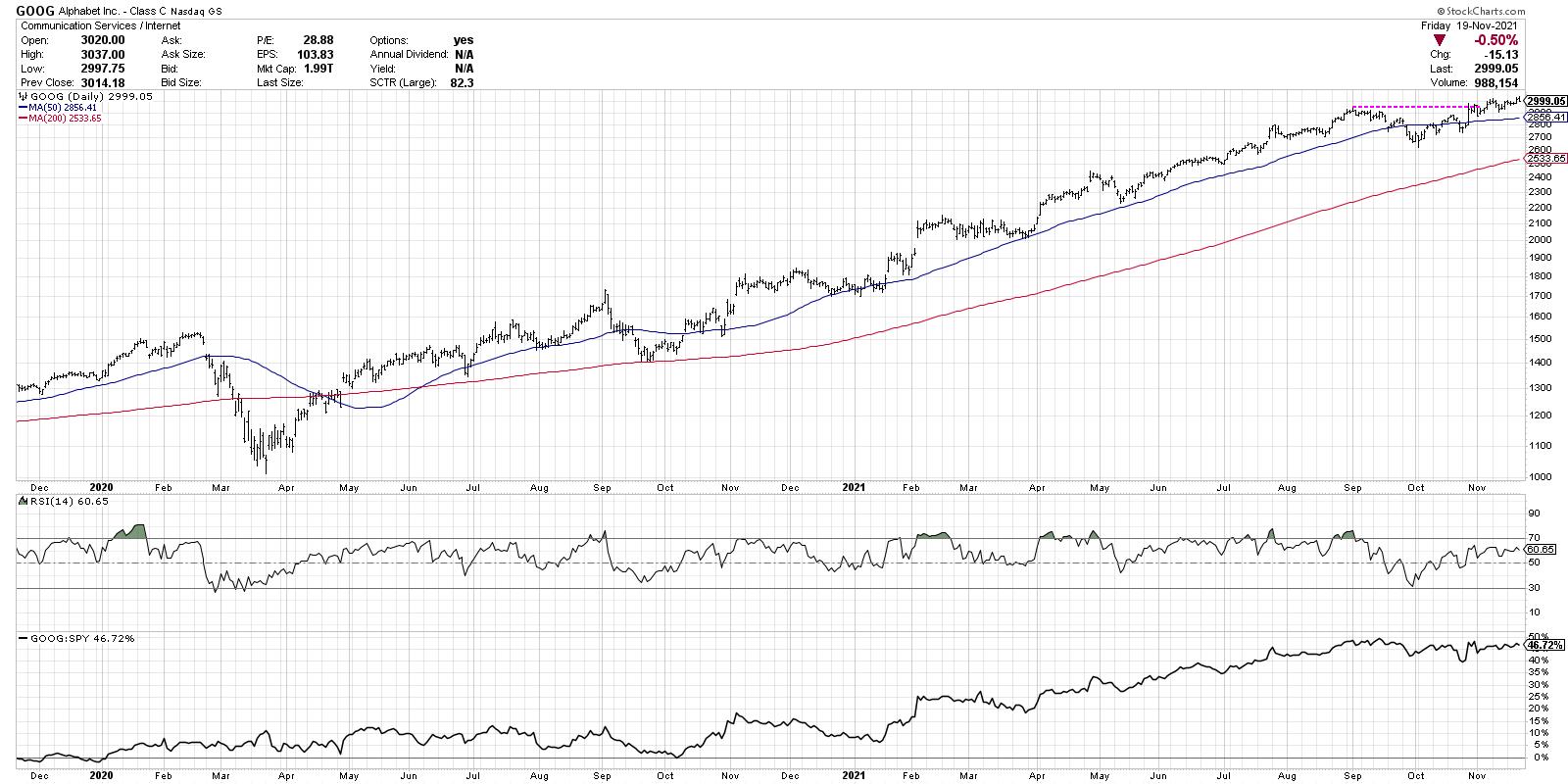 My Market Trend Model remains positive on all three time frames, which means I focus on three main goals: identify breakout opportunities with upside potential, lean into positive trends that continue to work and, lastly, look for signs of weakness that may indicate the bull mark  Read More 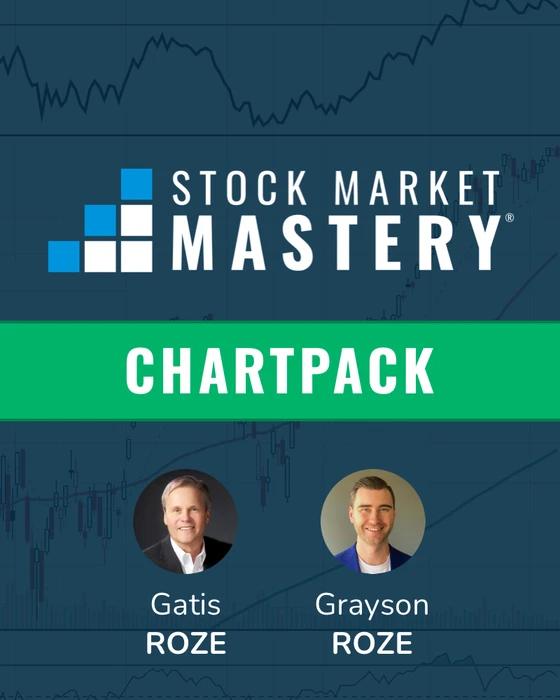 It's not often you get to say something is the biggest moment in a decade – the biggest change, the biggest update, the biggest overhaul. But here we are, introducing the most monumental evolution of our "Tensile Trading" ChartPack since the launch of the original version  Read More

This past Thursday evening, our Chief Market Strategist Tom Bowley unveiled his "Top 10 Stock Picks" for our 4 portfolios, 40 stocks in all  Read More

Playing the Pullback in Big Movers

On this episode StockCharts TV's The MEM Edge, Mary Ellen shares how to trade stocks after they have big gaps up. She also reviews signals that a downtrend reversal has further upside potential, as well as SmallCap stocks in bullish positions  Read More

This past week, the market found both love and irreconcilable differences. The love came from the big cap tech stocks. Nvidia, Apple, Google, Microsoft all gave investors hearts and flowers  Read More 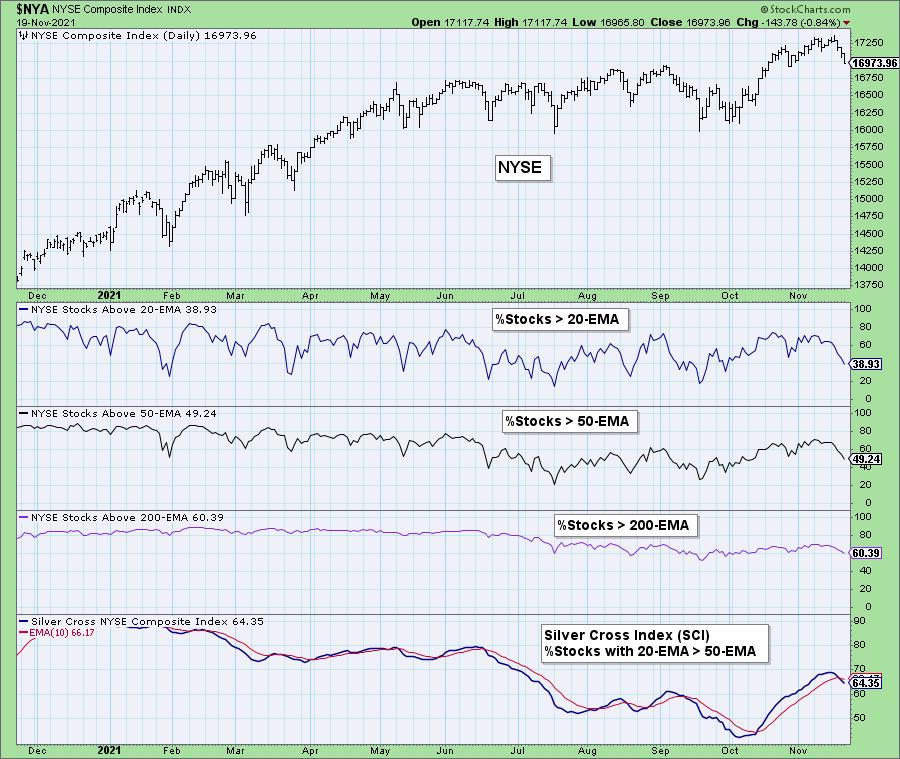 Broad Market Participation is Drying Up

Here is part of the opening paragraph from yesterday's subscriber-only DP Diamonds Report: "I am still not in favor of expanding exposure. Big reason would be the diminishing participation within the major indexes  Read More

S&P 500 SHOWS SOME NEGATIVE DIVERGENCE Stocks are ending the week in a mixed fashion. The Dow Jones Industrials are weakening, while the Nasdaq 100 is hitting a new record  Read More 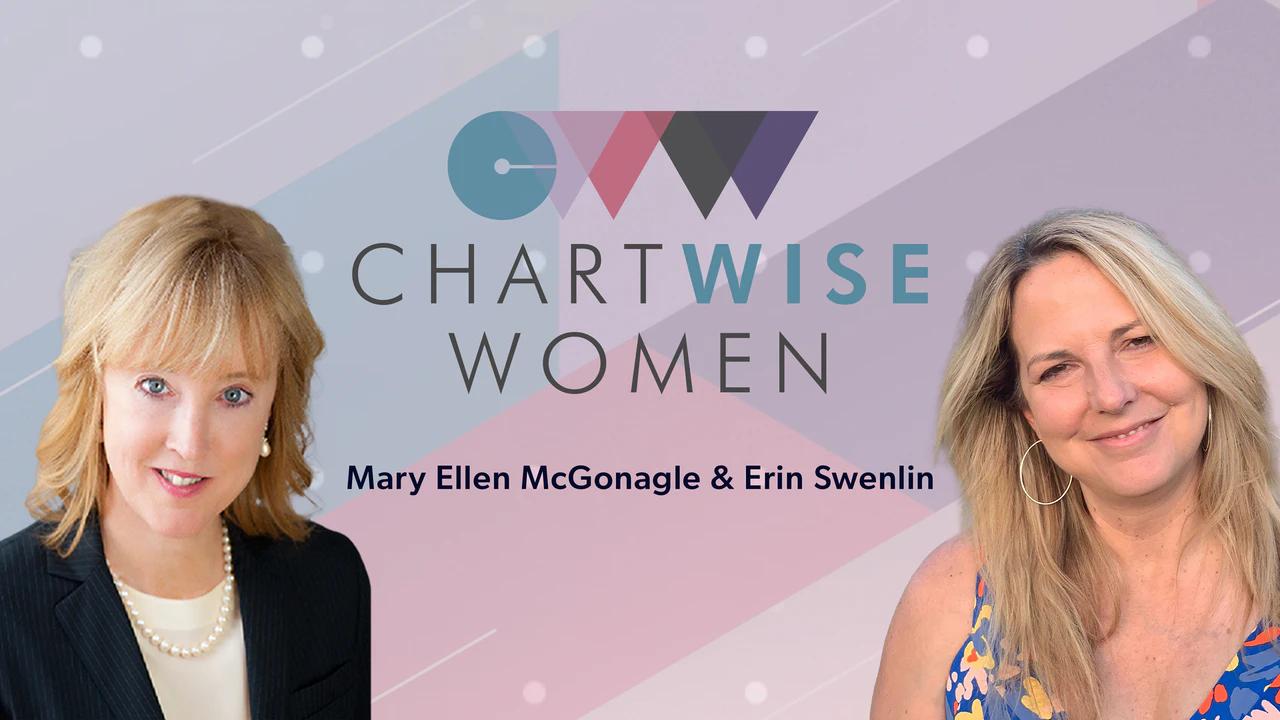 On this week's edition of Chartwise Women, Mary Ellen and Erin talk about the new dynamics taking place among the retail group. As consumers are starting their shopping early, "Black Friday" and "Cyber Monday" are expected to be rather muted due to supply chain issues  Read More

Stock Talk with Joe Rabil2w ago 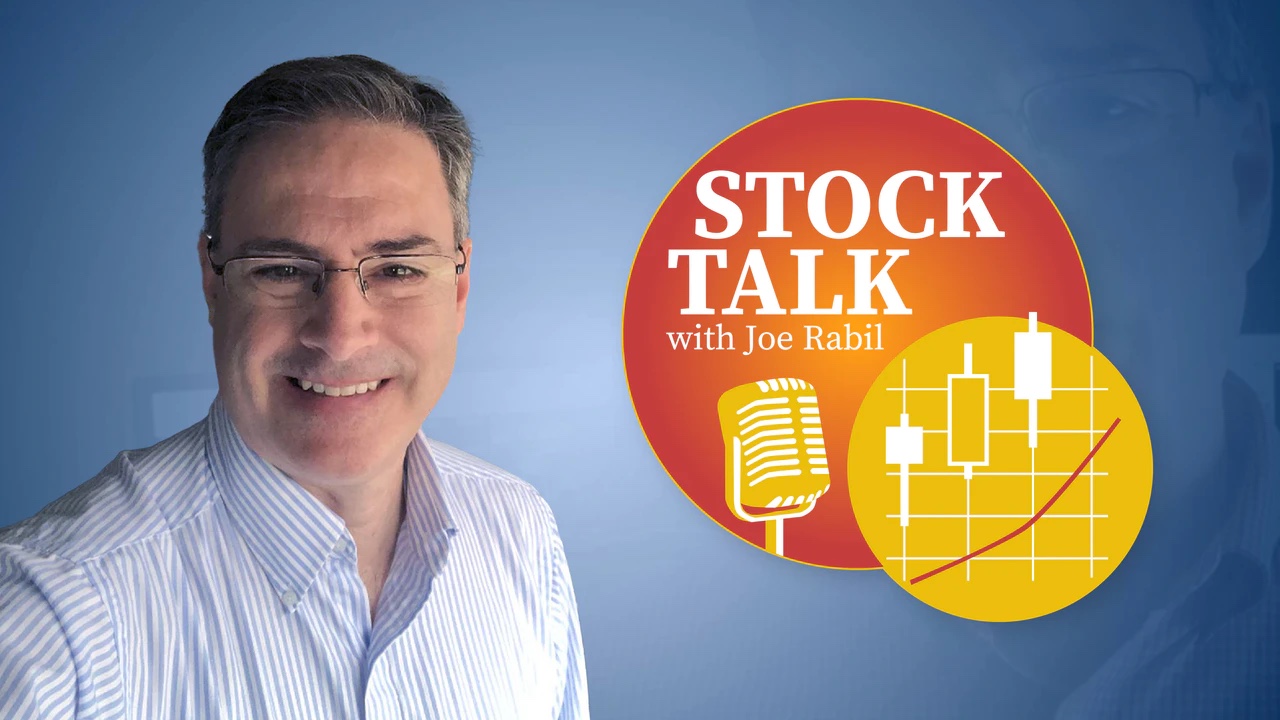 In this week's edition of Stock Talk with Joe Rabil, Joe discusses key candlestick patterns that he uses in his analysis. He then takes these individual bars and explains their importance based on the relationship to the moving average lines  Read More

Understanding Irrational Market Behavior Through Your Own Behavior

In this edition of Trading Simplified, Dave explains how markets are irrational and emotional - just like you. Many times traders make trades that have nothing to do with the underlying security  Read More

Trading Places with Tom Bowley2w ago

It's Draft Day for EarningsBeats.com; Will This HUGE Winner Remain in Our Portfolio?

I have a favorite day each quarter  Read More

Pretty much everyone in crypto is hurting this week, with the overall Cryptocurrency market cap decreasing by over $300 billion since Sunday 11/14  Read More 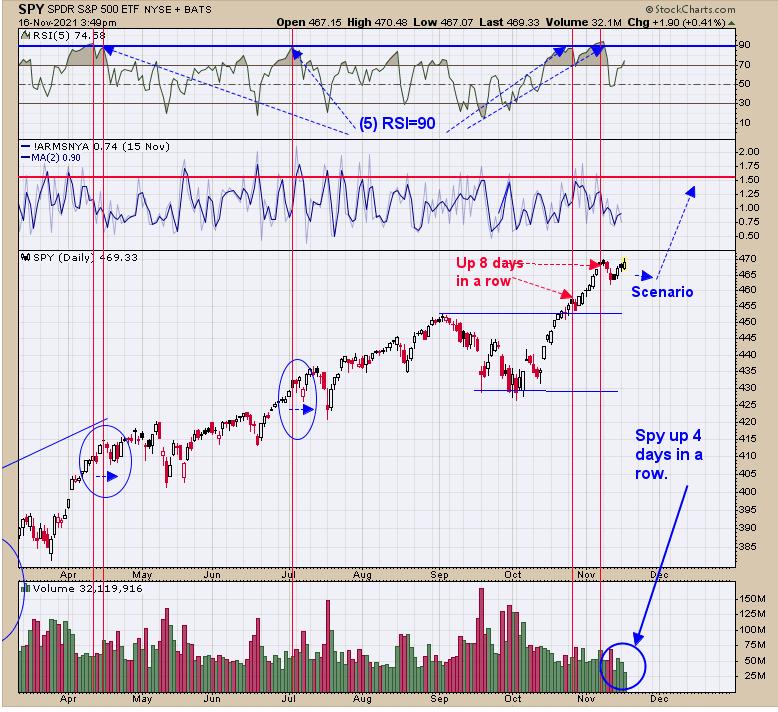 On this edition of StockCharts TV's Sector Spotlight, I take my usual look at last week's rotation in Asset Classes and put that into longer-term perspective  Read More 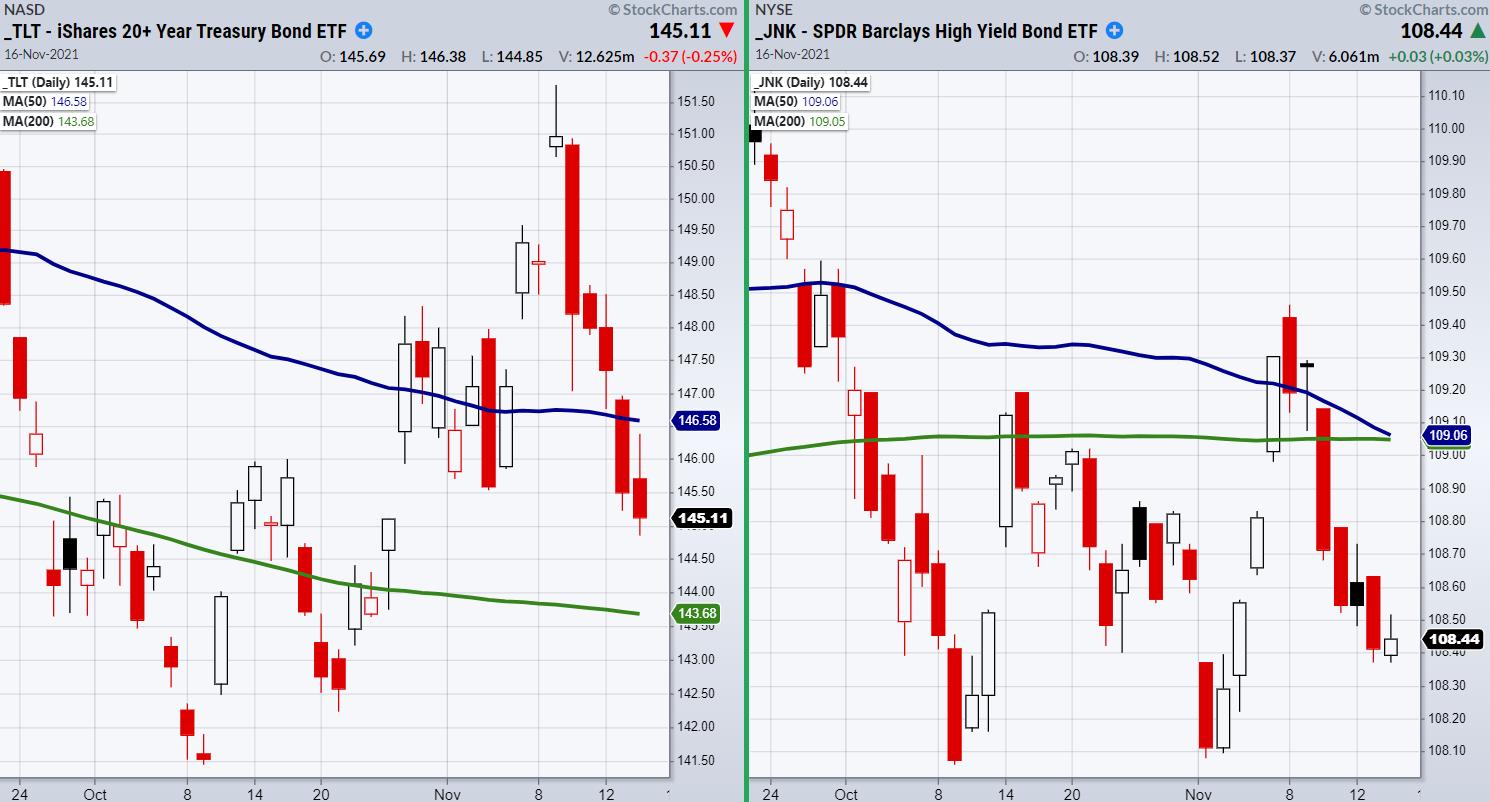 Did the Long-Term Treasury Bonds (TLT) Turn Risk On?

On Tuesday, the Long-Term Treasury Bond ETF (TLT) closed underneath its 50-day moving average for two consecutive days confirming a cautionary phase. TLT's trend has been relatively dormant for the past four months with multiple failed attempts to clear the $151.80 price area  Read More

The Invesco DB Agricultural Fund (DBA) consists of grains (37%), softs (sugar, coffee and cocoa; 35%) and livestock (24%). A small allocation is also given to cotton. Chart 1 shows that this ETF began a bull market back in the spring of last year  Read More 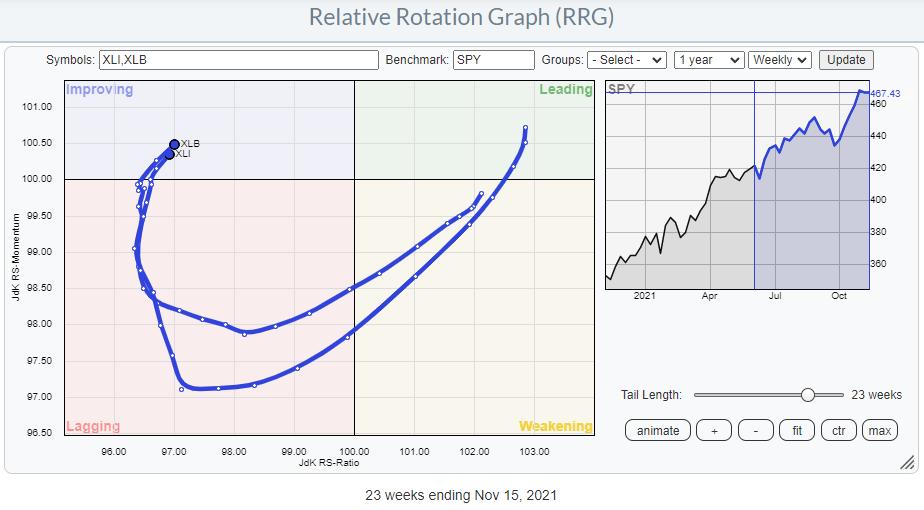 Railroads are On Track

Two sectors that have my attention at the moment are Industrials (XLI) and Materials (XLB). Looking at the Relative Rotation Graph above, we can see how similar the rotation for both sectors has been over the last 23 weeks, and still is  Read More

Trading Places with Tom Bowley2w ago 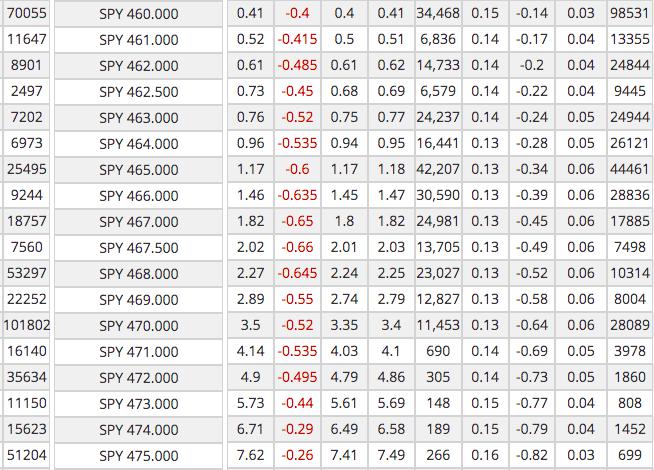 Before I begin this article, let me be clear that I remain extremely bullish for the long-term. We're nowhere close to where we're going, which is much, much higher. But in the very near-term, I'm growing increasingly bearish  Read More 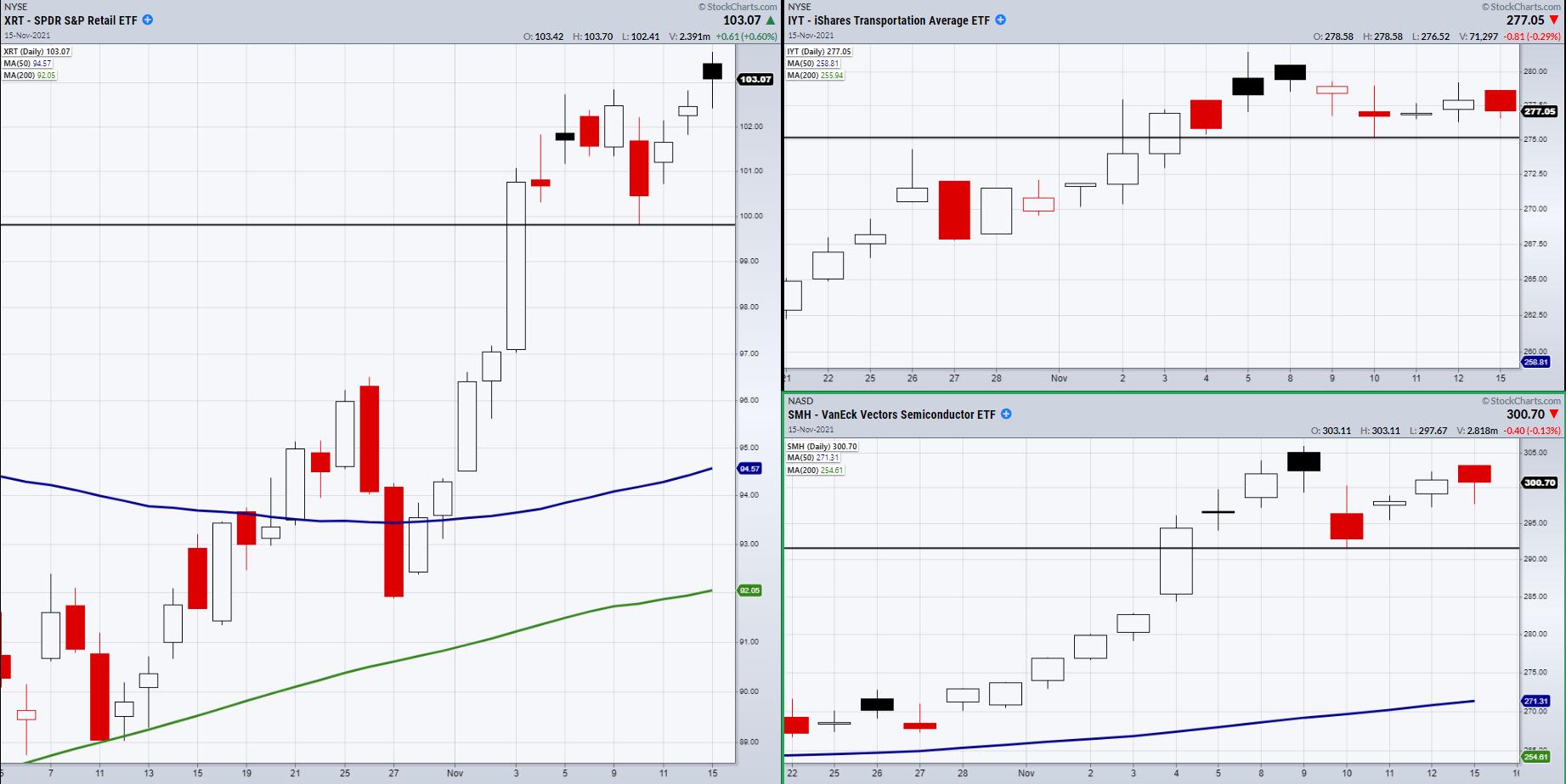 Is The Retail Sector (XRT) Stronger Than Investors Expect?

As of Monday, the strongest sector within Mish's Economic Modern Family is the Retail space (XRT). Though we will look at other key sectors in the Family, XRT is of special interest with the upcoming holiday season  Read More

Don't Ignore This Chart!2w ago

Is This Stock Being Accumulated or Distributed?

Sometimes, when I look at a chart, I see conflicting signals. That is definitely the case for 10x Genomics Inc. (TXG), an $18.1 billion medical equipment company  Read More

At the Edge of Chaos: Seasonality, Options and Market Breadth Remain Bullish for Stocks

Stocks love free money and, with the Fed tapering starting in December, it is likely that traders will hang on to the hope that the infrastructure bill's money starts trickling into the economy quickly. That's certainly a growing view in some circles  Read More

Trading Places with Tom Bowley3w ago

These 2 Breakouts Should Lead To A Strong 2021 Finish

I'm partial to the formation of long bases, followed by breakouts, and breakouts of bullish continuation patterns. Well, I have two of these to share with you. Let me first start with CNH Industrial (CNHI), a $25.3 billion commercial vehicles & trucks company ($DJUSHR)  Read More 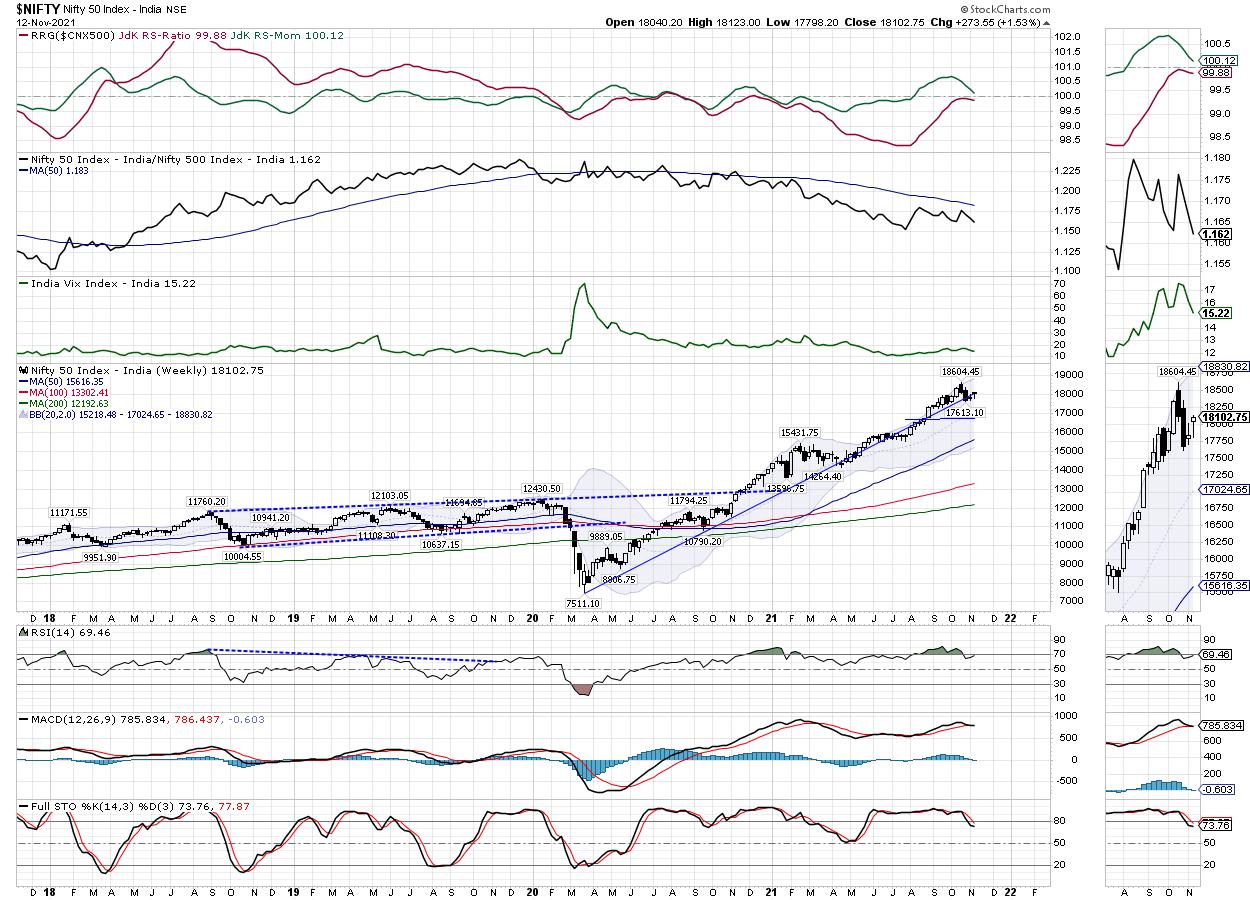 Over the past five days, the somewhat volatile NIFTY oscillated in a defined range before ending the week with modest gains. Throughout the week, the majority of the time was spent on a corrective note  Read More

Watch the Metal; It May Soon Be Time to Pedal

The gold price zig-zagged its way down between August of last year and April of this one. Since then, it's really been in a trading range and now looks as if it is breaking out. I'll start off by taking a look at the longer-term picture  Read More

The Metaverse and The Markets

On this episode StockCharts TV's The MEM Edge, Mary Ellen shares 2 areas of the market that sprung to life last week amid corporate announcements of growth. She also reviews where the current strength is and how you can capitalize  Read More 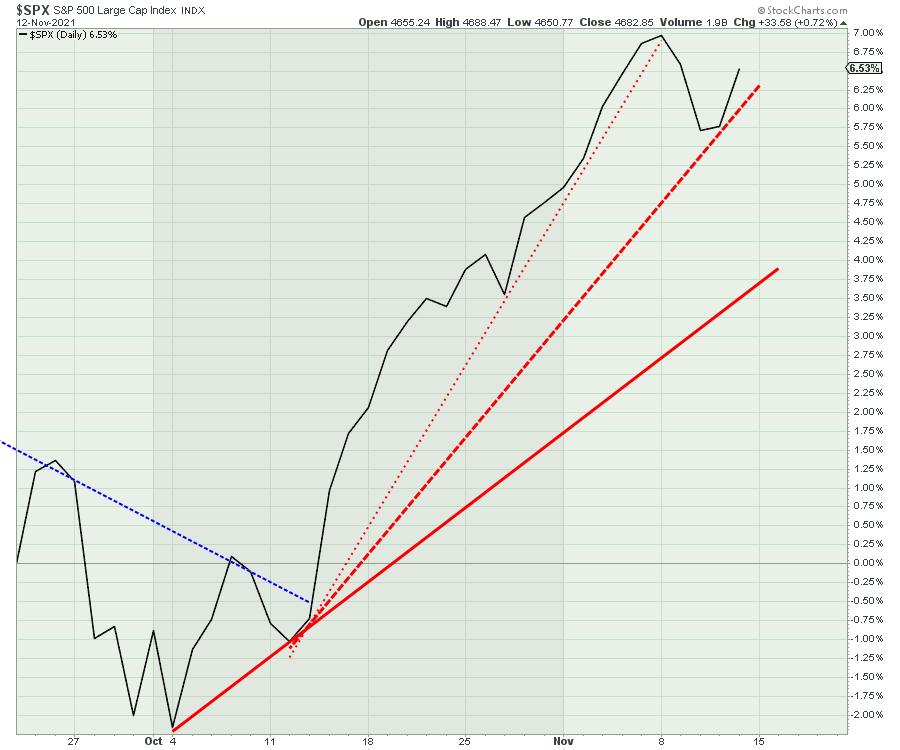 Much has been made of the oil trade this year, and we have seen other commodities swing wildly, but higher. It continues to be a strong area for swing traders to outperform. Some of the tech names have been rocking it to the upside too  Read More 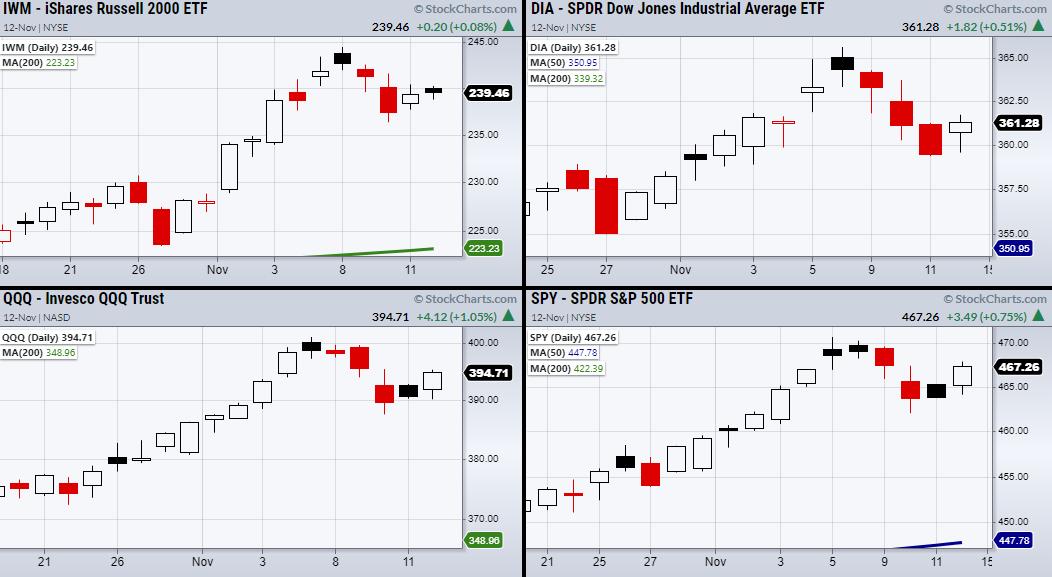 Stocks to Watch in the Top 3 Performing Sectors

Last week the market faced a pullback. However, the four major indices closed above Thursday's high on Friday, ending the week on a positive note. With each index potentially poised to run towards highs, we should prepare our watchlist with picks from the top-performing sectors  Read More 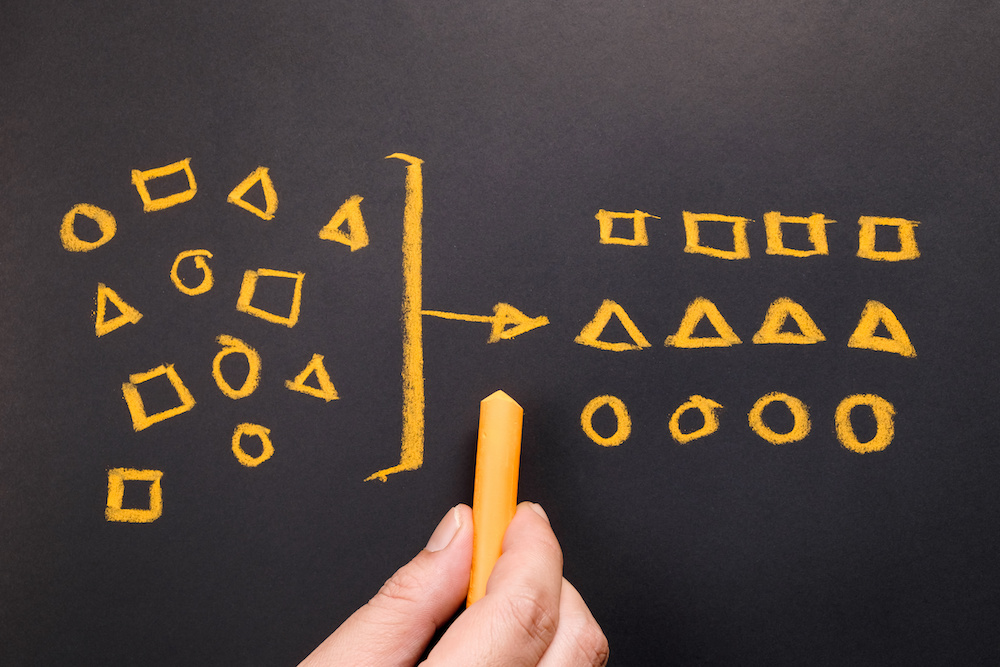 Supercharge Your Routines With This Simple Yet Powerful Organizational Trick 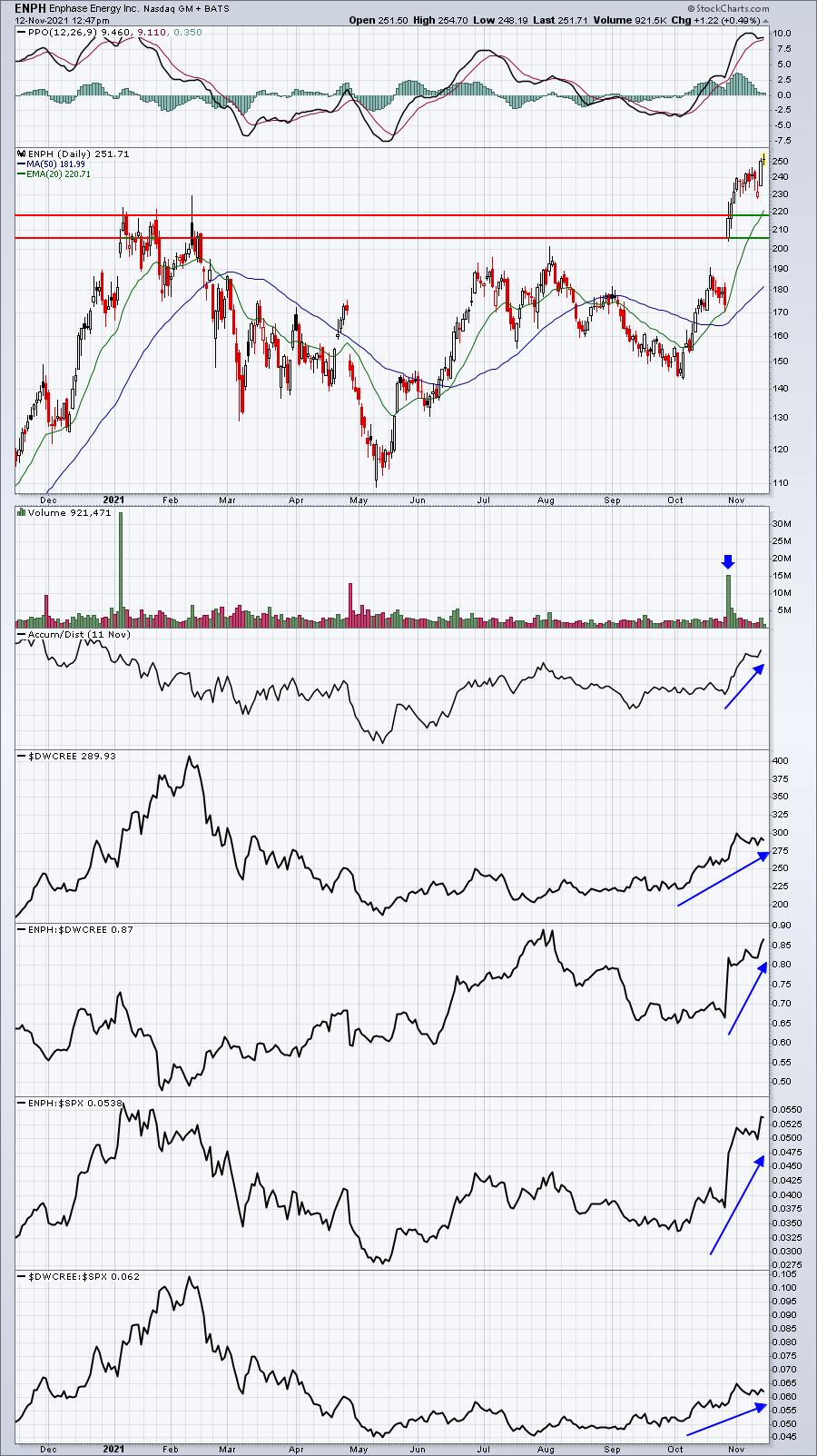 4 of My Favorite Earnings Reports This Quarter

I spend hundreds of hours during each quarterly earnings season researching earnings reports, deciphering which beat revenue and EPS estimates and then annotating every one of those charts  Read More

STOCK INDEXES MAINTAIN UPTRENDS Stocks are ending the week trying to make up some losses from Wednesday's sharp selloff after the CPI annual inflation report of 6.2% was the highest level in thirty years  Read More 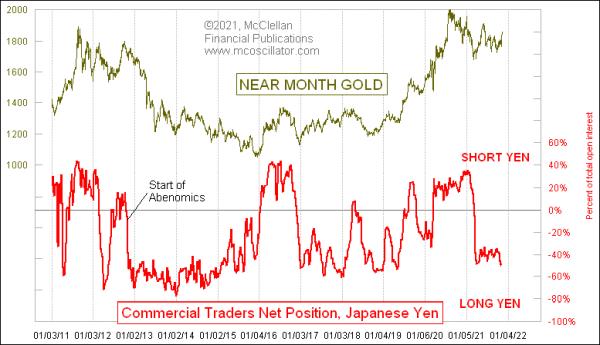 Borrowing a Sentiment Tool from the Yen To Use with Gold

The price of gold and the Japanese yen are fellow-travelers, correlating very strongly most of the time. Occasionally they disagree; when they do, that can be useful information  Read More 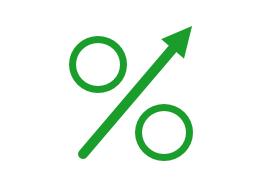 The 10-yr Treasury Yield and Relative Performance for Small-caps

The surge in the 10-yr Treasury Yield is the talk of the town this week, and last week it was the breakout in the Russell 2000 ETF and relative strength in small-caps  Read More 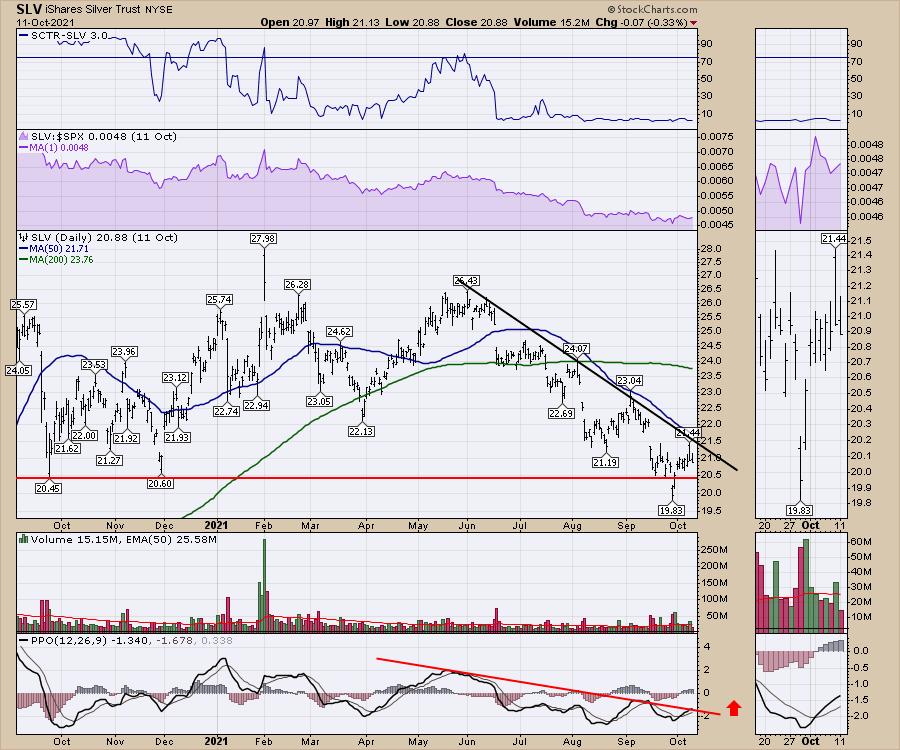 A Review of Silver for Technicians

In recent weeks, I have been talking about Gold and Silver, which all started with the Silver making a low in late September. This article is a review of silver for technicians. However, I will also demonstrate that the pattern I look for shows up on a lot of charts  Read More

Chartwise Women: Practice Gratitude to Ease the Anxieties of Investing

On this week's edition of Chartwise Women, it's all about abundance and gratitude! Erin and Mary Ellen share the indicators they are thankful for and how you can use them to help with your investing  Read More