The Canadian Dollar ($CADUSD) continued its slide today. However, this may have broader implications for commodities as well. The previous times when the Canadian Dollar fell below the 200 DMA (red vertical lines), oil was already proceeding lower but continued down for multiple months. 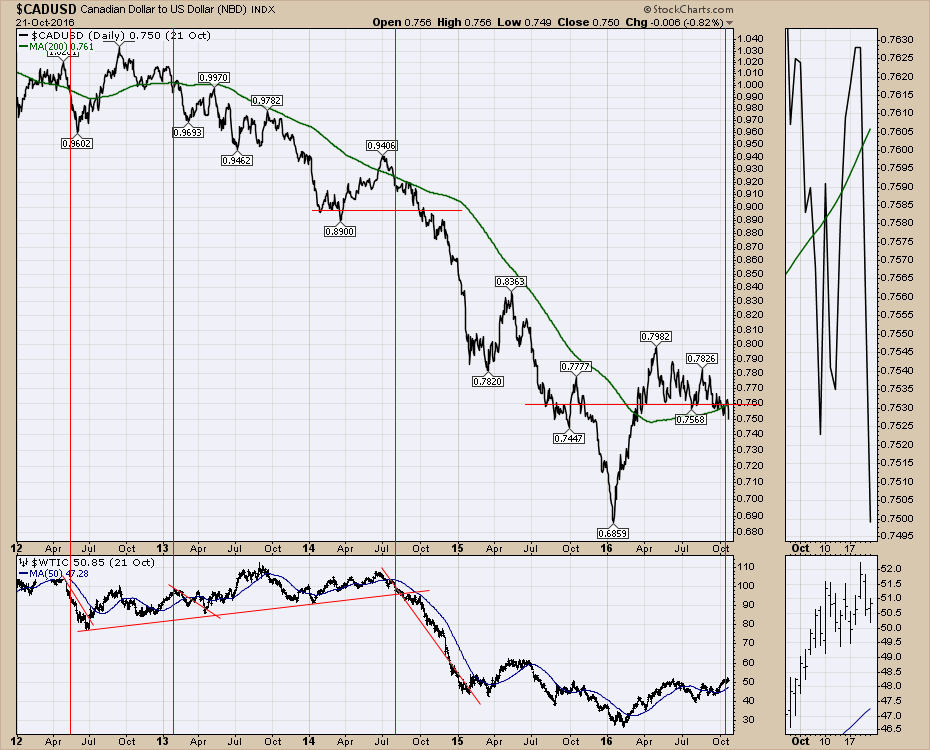 The Canadian Dollar ($CADUSD) is also jumping on board a trend seen on many major currency pairs to the US Dollar. Below is the Euro ($EURUSD) which has a heavy weighting in the US Dollar Index ($USD). We can see this broke the uptrend line that started last fall. 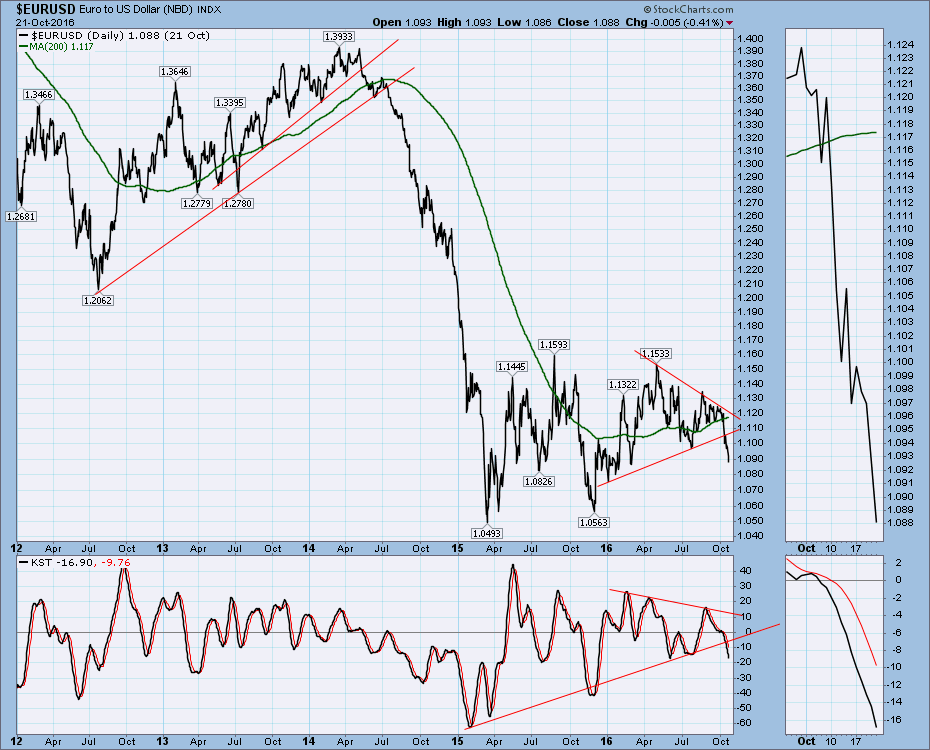 The Japanese Yen ($JPYUSD) recently broke a major uptrend line as well. The Yen had a surprising rise earlier this year, but the KST indicator has gone negative as well. 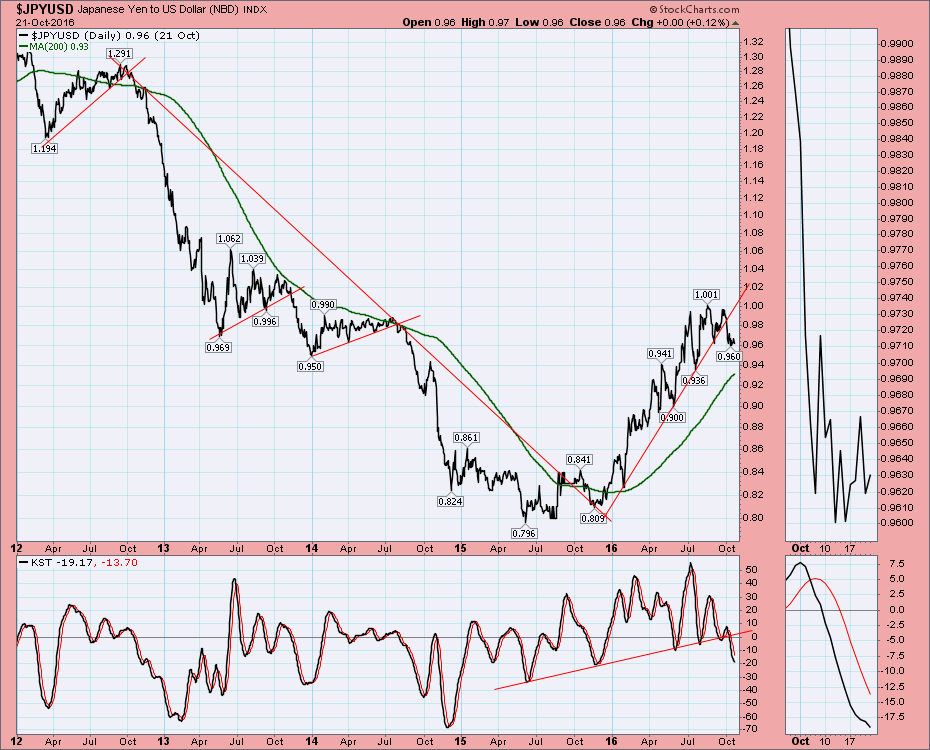 The British Pound ($GDPUSD) has been falling relative to everything, but this could hardly be rated as minor. This started to make new 30 year lows. 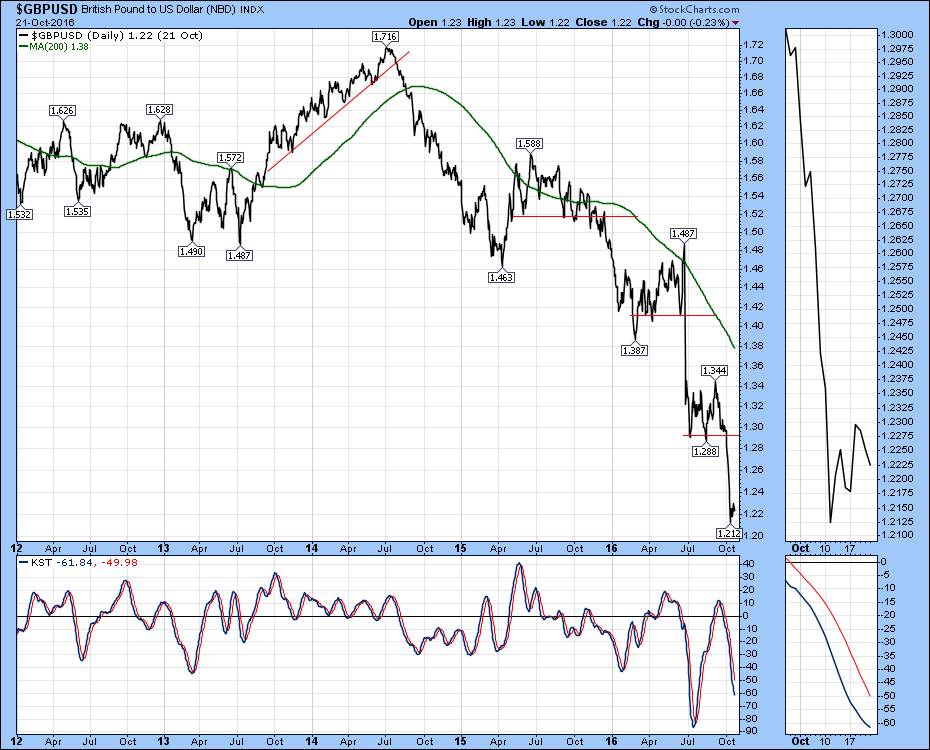 The Swiss Franc (CHFUSD) broke down as well. You can see that a lot of the currencies were going sideways, but a lot of them are breaking down below support now.

The Australian Currency ($AUDUSD) has not broken down yet. But it appears to have had a false breakout to the upside and is trending down again now. 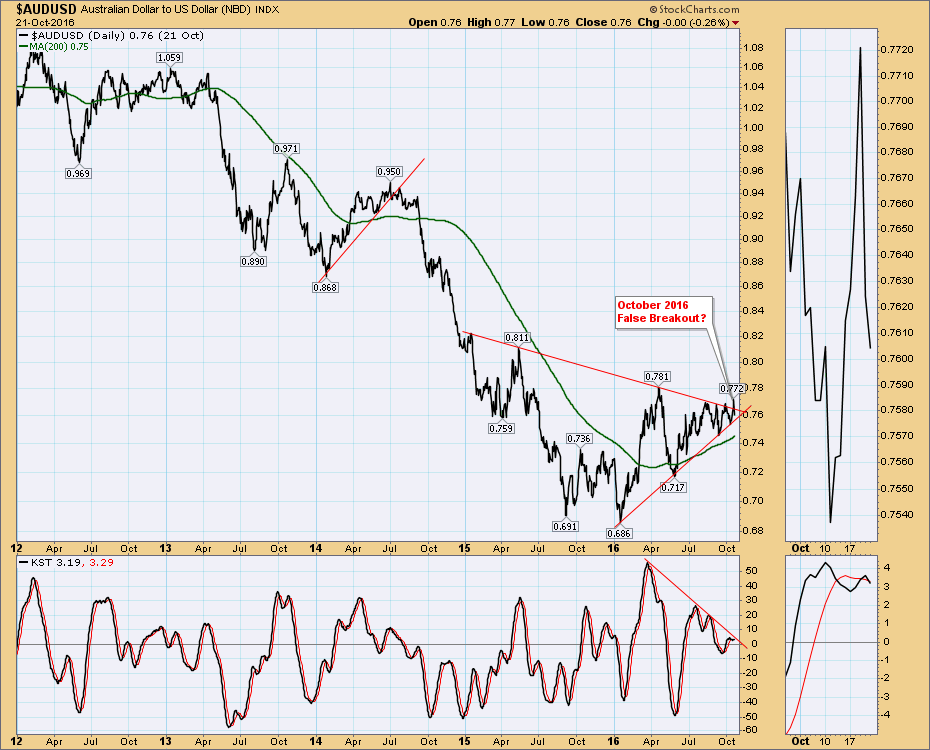 The Emerging Market currencies are expressed through an ETF (CEW). We'll continue to see how this reacts, but it would not surprise me if they all started to weaken significantly as a group which would show on this ETF. 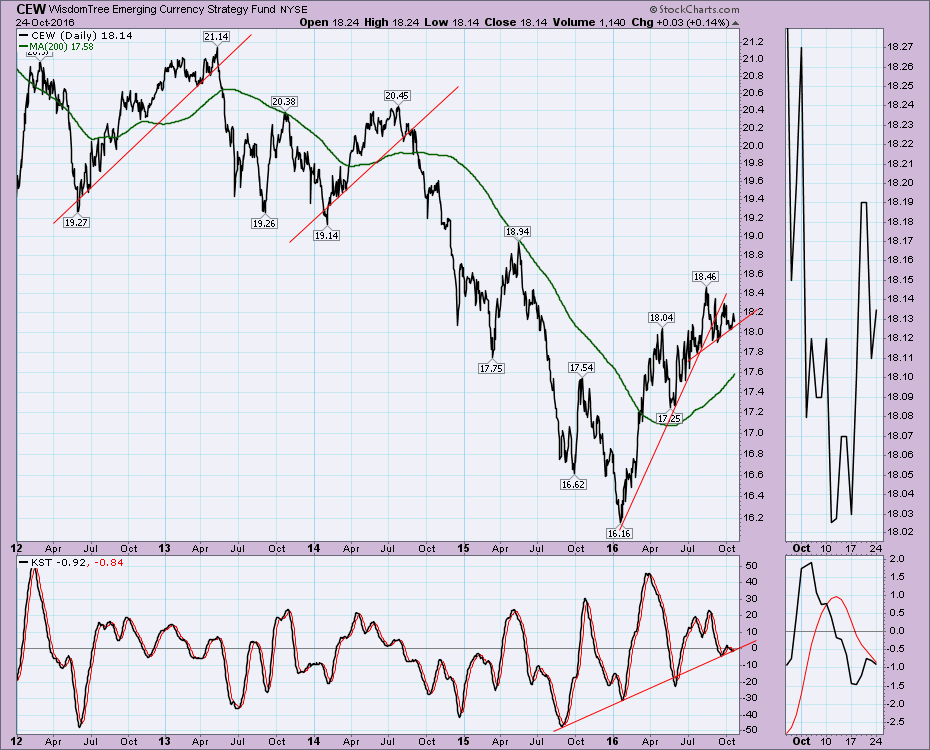 Lastly is the $USD basket. Obviously, this will be rising as it is the denominator for all of the charts above if they are all falling. However, the point I want to make is that within the global group of currencies, another currency pair seems to be letting go one at a time. Every few days, another currency charts cracks. When the entire global trade arena is weakening their currency to the $USD, this could be significant. 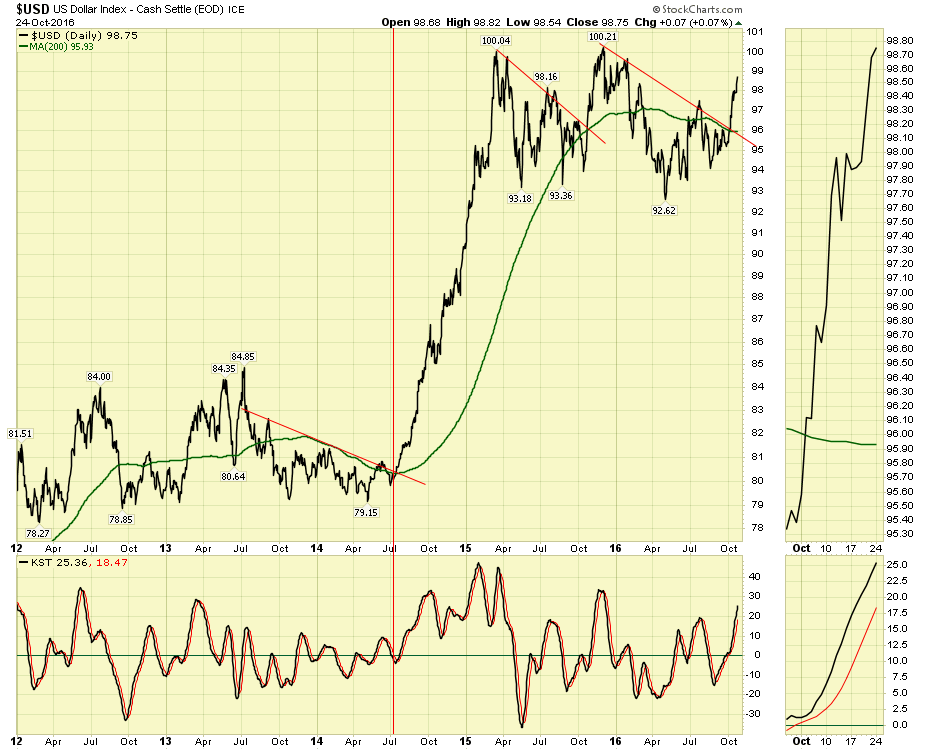 If you align your eyes to the red vertical line on this chart, continue to scroll up. What you will see is that all the other charts broke at roughly the same time. Now that this is happening again, you may try to organize your portfolio to take advantage of these big currency moves and to protect against the negative consequences of such a move.
I will be hosting a Commodities Countdown webinar on Thursday to discuss the major implications across assets. You can click here to register. Commodities Countdown 2016-10-27. It is always easier to trade with the currency wind at your back.