The dollar is having one of its strongest days in months. Part of the reason is the drop in the U.S. September unemployment rate and some upward revisions in recent job creation. The report diminished hopes for rate reductions by the Fed in the near future. In addition, Japanese reports of a possible North Korean nuclear test over the weekend also weakened the yen and caused some flight to dollar safety. The bottom line is that the Euro is falling to the lowest level in three months (Chart 1), while the yen touched a new six-month low (Chart 2). Having said that, I'd like to revisit a couple of other bullish factors for the dollar that I wrote about a couple of weeks ago. One has to do with the recent drop in commodity prices and the other which is recent underperformance by foreign stocks. Both trends are consistent with a firmer U.S. dollar. 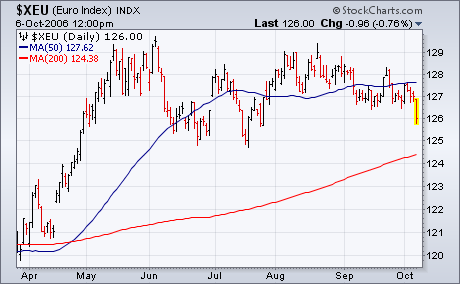 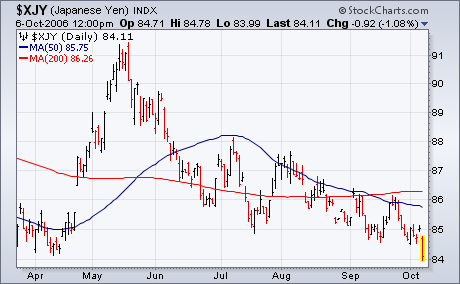