At the end of last week the S&P 500 had declined to and had settled on the support created by the November lows. It was poised to either rally and lock in a double bottom, or break down. On Monday prices broke down through support, and by Thursday's close it could be said that the breakdown was "decisive". When a breakdown is classified as decisive (greater than 3%), it means that chances are very high that the market will not be able to gather enough strength to rally back above the recently violated support. Reaction rallies back toward the support are possible, but not guaranteed. 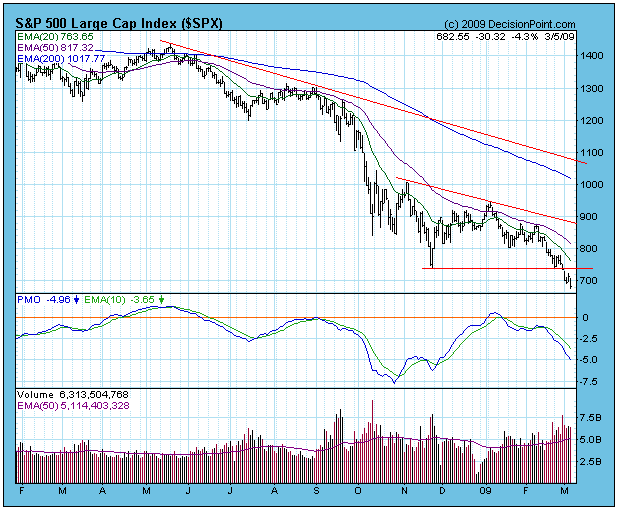 The monthly-based chart below provides a better perspective of the seriousness of the breakdown, and we can also see the location of future support levels. The next support is at 600, at the low of the medium-term correction in 1996. I do not consider this an important support level. The first important support I see is the line drawn across the 1994 consolidation lows -- around 450 on the S&P 500. 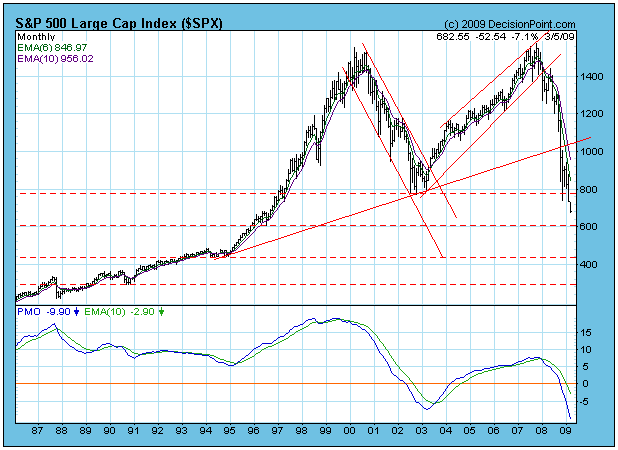 The market is now very oversold in the medium-term and long-term, but in a secular bear market this is not a cause for rejoicing. Bear markets can crash out of oversold conditions.

Bottom Line: The S&P 500 has decisively violated important support, and the most likely consequence is that prices will continue to decline, with 600 on the S&P being the most obvious level for us to see a bounce of any significance. While we could see a bounce before then, I think we should be more concerned that the decline will accelerate into a crash. There are still investors who have endured the decline from the bull market top and who were hoping that the 2002 bear market lows would mark the end of the current bear market. Now that long-term support has been clearly broken, another round of panic selling could be just around the corner.